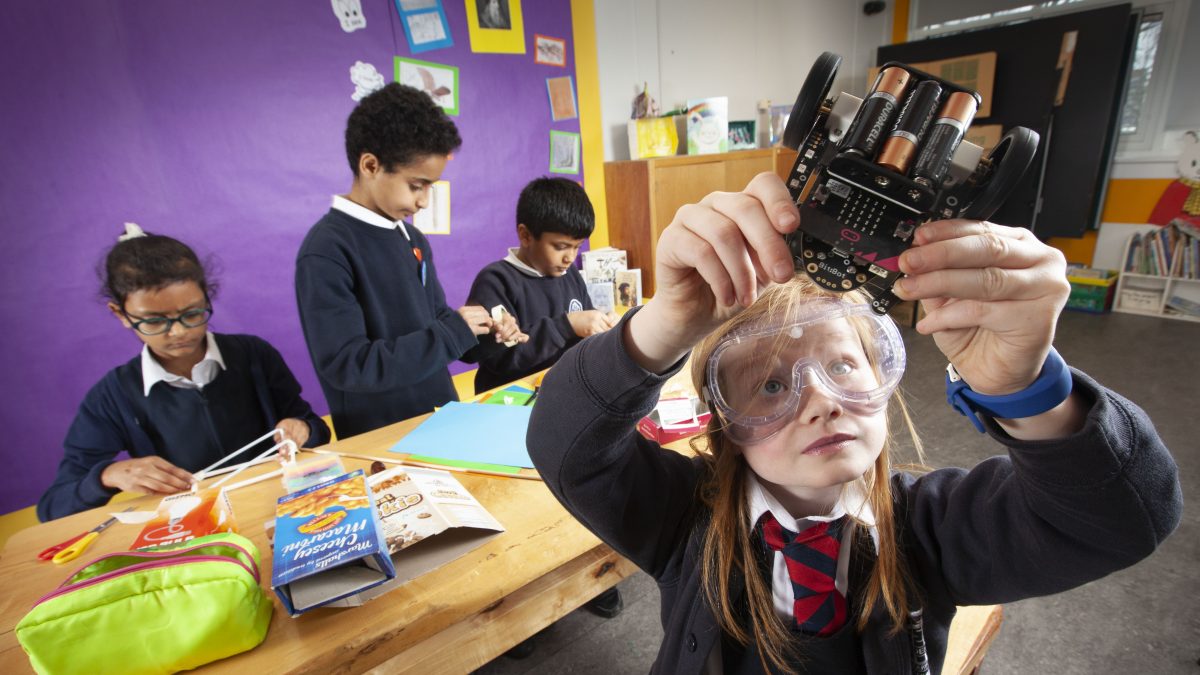 £100k funding to inspire Scotland’s next generation of digital experts

Grants totalling £100,000 have been awarded by Digital Xtra Fund to more than 20 extracurricular programmes across Scotland, in a bid to create the next generation of digital experts.

The programmes are designed to support some of Scotland’s hardest-to-reach young people and improve digital skills in areas such as coding, data science and computer-based problem-solving.

Grant award recipients for 2019 include:

-Wear-a:bits, which introduces the basics of coding through wearable technology to young people from areas of Glasgow facing multiple deprivation.

-STEAM Ahead, an initiative to teach coding and digital creativity at libraries in the Outer Hebrides.

-Resilient Robotics, an Islay-based initiative designed to develop young people’s perseverance when building robots – a process that can sometimes require a lot of trial and error. Resources for Resilient Robotics will also be made available in Gaelic.

Created in 2016, the goal of Digital Xtra Fund is for young people across Scotland to have access to digitally creative activities to increase the number of young people entering highly skilled digital careers, bridging the current skills gap in Scotland.

Kraig Brown, Partnerships and Development Manager for Digital Xtra Fund, said: “Today’s young people are the biggest consumers of technology, but we want to teach them how to create it, improve it, and encourage them to become Scotland’s next generation of tech leaders.

“There isn’t always an option for young people to learn advanced digital skills at school, and this is why our funding is so important, as it opens up additional opportunities for young people across a wide range of backgrounds.

“We’re also trying to get the message out there that you don’t have to work for a tech company if you’re into coding or data science. There are career opportunities in finance, hospitality, healthcare, agriculture, even fashion – every industry now relies on technology to some degree.”

Grant recipients were officially announced yesterday at an event held at Anderston Primary School in Glasgow. The school’s Tech Heroes after-school club, supported by Digital Xtra Fund, will give pupils the opportunity to use Spheros, micro:bits, Osmo kits and Snap Circuits, as well as practice on-screen coding while they learn about the role of technology across various subjects.

The event was attended by Kate Forbes, Minster for Public Finance and Digital Economy, as well as representatives from Digital Xtra Fund and Skyscanner.

“Technology is fundamental to young people’s lives and having digital skills opens up so many opportunities,” said Forbes. “We want to build a nation where all young people are comfortable using technology whatever their background. Digital Xtra Fund is a great example of different organisations working together to realise these ambitions. I look forward to seeing the initiatives supported by Digital Xtra Fund develop and I’m certain that they will help inspire the next generation of digital experts.”

Michael Hall, Senior Engineering Manager at Skyscanner said: “A key goal for Skyscanner’s charity team is to support technology education initiatives for young people and those under-represented in technology. We’ve been so impressed with the impact of the Fund’s work in Scotland and are delighted to have helped increase the total amount of funding awarded this year from £75,000 to £100,000.”

£200m to create a new generation of artificial intelligence leaders

Retraining for a career in tech; who should pay?