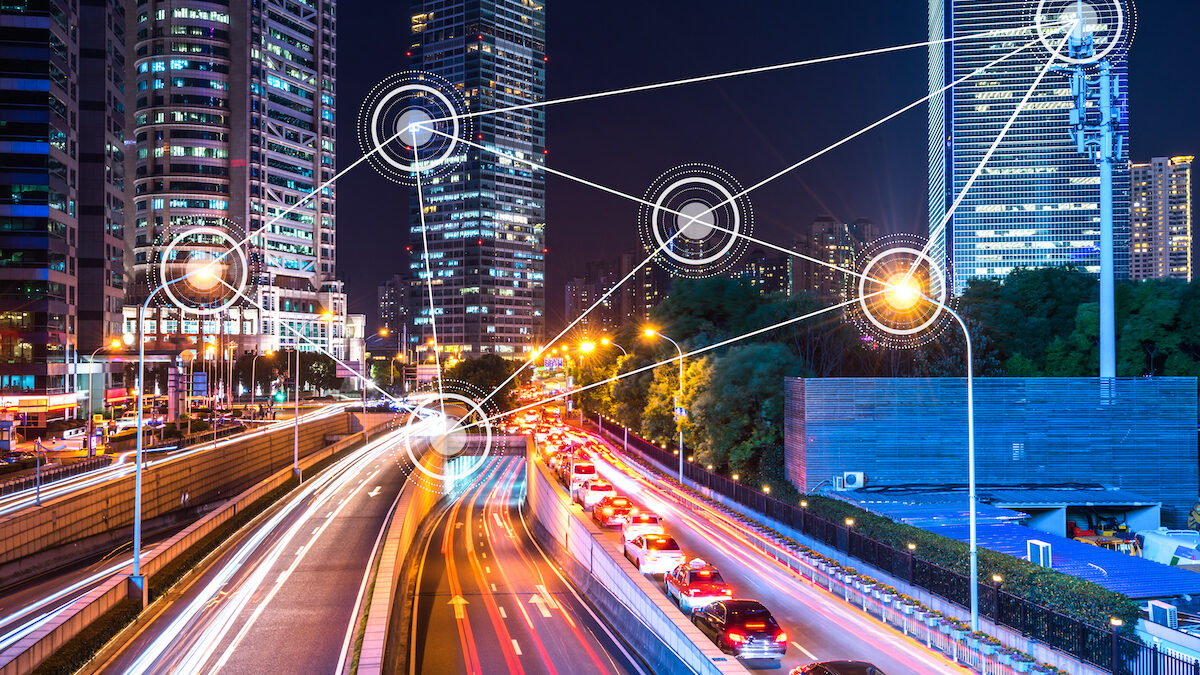 Imagine a city without car parks, and how much space would be saved as a result. Think also of busy, bustling arteries of traffic that could become choke free, if people gave up one of the most expensive possessions they will ever own: the car. These are images I’m invited to contemplate by Chris Yiu, general manager of Uber in Scotland and North-East England, which is approaching its first full year of operations in Scotland.

In Chris’s eyes, that’s what future success would look like for the ‘ride hail’ giant, which planted roots in Edinburgh and Glasgow towards the end of last year, and is now busy tracking the number of people opening its app to see where in the country it might launch next. Because data drives every decision the company makes, and is likely to ever make. Where there is a demand, Uber will supply.

“We started in Glasgow in October last year, and then in Edinburgh in November because that’s where
the most demand was; but word has spread as the riders and drivers liked the product,” says Yiu. “Our coverage area is expanding organically, pushing Uber further out. It’s pretty exciting. We’ve got tens of thousands, if not hundreds of thousands, of happy riders across Scotland.”

And that network is indeed spreading: there are already “hundreds” (Uber doesn’t reveal precise numbers because it varies all the time) of drivers both in Edinburgh and in Glasgow, with new places being added all the time: in the east it has been extended to Livingston and Bathgate, and Yiu says the firm is “looking at” Musselburgh and Dalkeith. From Glasgow, it now reaches Paisley, Motherwell, Hamilton, Coatbridge and Airdrie.

“The world moves fast when you’re at Uber,” he says, citing the fact that just a few years ago the company only served London, and is now in 20 cities across the UK. “Because we’re app based we’ve got really good data on where people open the app, including those in areas where we don’t cover, in terms of service. So we are able to see that, for example in Paisley over last few months, thousands of people were opening the Uber app.”

Yiu insists that demand is being driven not just by convenience (it is a cashless and arguably more transparent transaction) but also by reliability and safety concerns. With an automated service run on constantly connected devices, passengers will get the best match possible to their doors (this is apparently four minutes on average in Edinburgh and Glasgow), benefiting the drivers as well, who know they will get a quick fare. There are also more and more women drivers coming onto the platform and, on the flip side, pas- sengers who might have felt vulnerable in the past travelling alone can now send the details of their trips by text for loved ones to track.

“It’s a pretty amazing safety feature,” says Yiu. “Only with IoT can we do Uber Trip, so you can go on the app and text the trip to someone else, which will show in real-time where my car is and who’s driving. It’s that kind of stuff that previously we were unable to do; you’d get in a cab, say you were on your way and the other person would cross their fingers. The other person doesn’t even need the app, the text will open up a web page and show the progress of trip, saying it’ll be 10 minutes till the car arrives.”

The tech is inevitably extremely well formed, and growing in its ambition. Yiu talks me through Uber Pool, the ride sharing system, which if really successful could eventually take many cars off the road altogether, cutting down on emissions and lowering congestion. Uber Eats is another venture, which could cut into a market quickly taken over by Deliveroo. And Uber Rush can start delivering packages around cities, helping small firms such as florists which might not be able to justify the overheads of owning their own vehicles.

But it’s not without its challenges; billions of pounds have been ploughed into the company from private inves- tors, and it has had its fingers burnt recently in China, where it has pulled out of the market, selling its operations to rival Didi Chuxing. On a macro level the company is burning an awful lot of cash, although that is consciously part of the strategy to achieve market dominance.

On a more local level in Scotland there has been considerable resistance from the established order of taxi drivers. In Edinburgh a very active campaign is being waged by cabbies against the company, whose drivers believe Uber is sacrificing quality, and vehicle safety standards. Numerous pictures and videos have been posted on a Facebook site showing alleged infractions.

“Clearly some of the incumbent businesses aren’t best pleased, because we provide a really good quality service with extra competition, and if you haven’t faced that before then you can understand why you might not be thrilled that Uber has arrived,” says Yiu. “But our view is that if it encourages everyone to improve and raise their game to provide a better standard of service for passengers then that’s a good thing. We don’t spend a lot of time obsessing about the competition. We just want to do the best possible job for the riders and the drivers that choose to be part of it.”

To that extent Uber lets its platform do its talking, and its offices in Edinburgh and Glasgow regularly host ‘welcome sessions’ for new drivers, where (after having gone through the local council process to obtain the necessary private hire licences and passing background Police Scotland checks), they are allowed onto the road. It does actually seem incongruous that a virtual company like Uber even has an office, but I’m assured there are no old-fashioned window grilles which punters have to lean through.

“It’s still really important for us to have a physical presence, so drivers can come and see us before they get started,” says Yiu. “You can’t just drive – just like any minicab company, the drivers have to be licensed and every council has its own process and paperwork.” But by and large the drivers – and punters – seem to be happy with the service, Yiu adds, as the growth speaks for itself. He is engaging with more and more councils, to let them know about Uber’s presence, and each day is different.

“I honestly believe what we’re doing is going to make a radical difference to the quality of our lives, especially in big cities which are busy, snarled up places. If we get this right, which I’m pretty confident we will, in the future it will mean not only will there will be less pollution and less congestion, but it means people who previously found it hard to get around can get around, people who couldn’t afford to use taxis can use Uber.

“And, who knows, in years ahead people might not need to own cars at all; if that was the case that would be incredible because it would mean you would not only save a lot of money but it would mean we could repurpose our city centres. If you think about all the space given over to car parking, what we could do with that. It’s quite astonishing, it’s super-exciting and the mission is really important.”

Phew, we can all rest easily. Quadrature amplitude modulation means we can carry on uploading cat videos for the next decade.

Celebrating the past, looking to the future