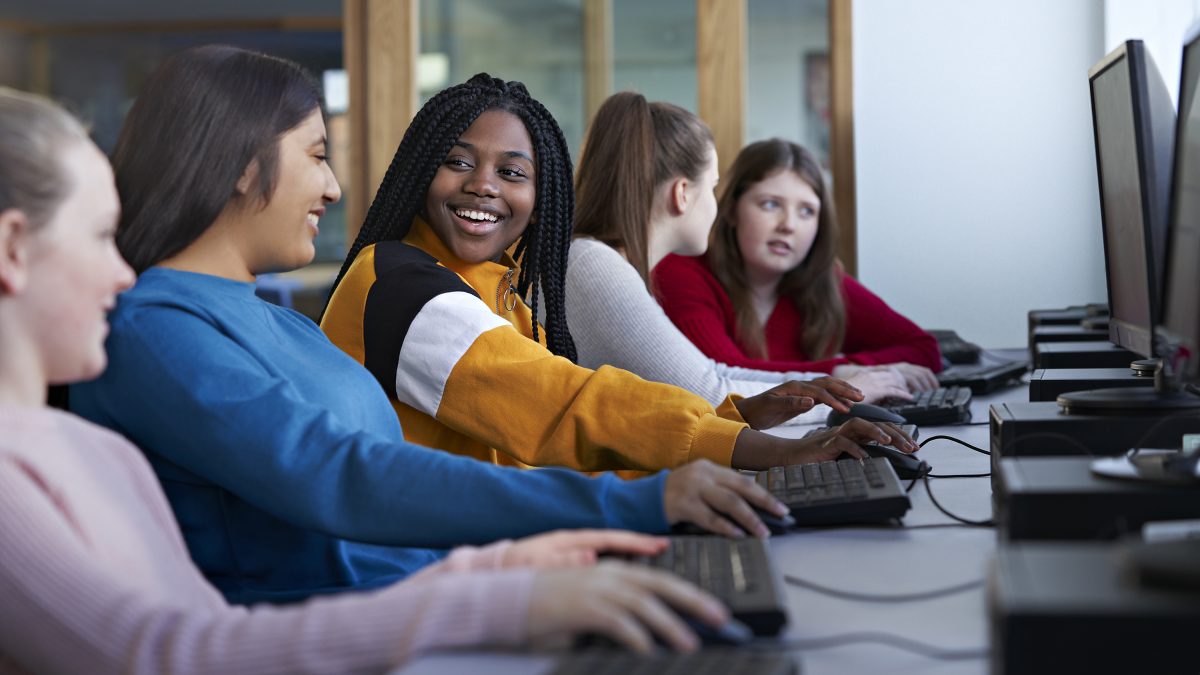 The National Cyber Security Centre (NCSC) said that there has been a 300% growth in young people taking part in its CyberFirst courses since their launch in 2016.

The programme offers a range of courses, competitions, and student bursaries for 11-to-17 year olds. The number of options has been increased to meet the rising demands of a future generation engaging with the cyber security profession.

Now the NCSC, part of the UK’s intelligence and security service GCHQ, is appealing to girls aged 12 and 13 to take part in a competition specifically for young women. NCSC said that currently, just 11% of the global cyber workforce is female.

Teams of girls have until Monday 21 January to register in time for the start of the CyberFirst Girls competition, which will see them pit their cyber wits against one another in a set of online challenges.

Chris Ensor, NCSC deputy director for skills and growth, said: “Trebling the number of young people taking part on CyberFirst courses is an encouraging start. However, women make only a small proportion of the global cyber workforce and throughout GCHQ and the NCSC we are looking to address the imbalance.

“Ensuring the inquisitive instincts of young people to find out how things work are maintained is hugely important. In the first two editions of the CyberFirst Girls competition we have seen how much entrants engage with the challenges we set and this year’s competition is due to be bigger and just as cryptic.”

As an added incentive to girls competing in the competition, the NCSC will be offering around 600 free places on specially commissioned four day CyberFirst Defenders courses in April and May. The courses will be all female and a mix of residential and non-residential at locations across the UK, including Edinburgh.

Over the past two years, 12,500 girls in schools across the UK have participated in the NCSC’s CyberFirst Girls competition of problem-solving and code cracking challenges to crown the UK’s most cyber-capable young women.

Participants can enter in teams of up to four, along with a teacher or school mentor who will act as a guardian. The competition has two stages – a week long online phase this month and a finals day in Edinburgh.

The online phase of the competition will see each team attempt to complete a series of challenges split into four categories: cryptography, cyber security, logic and coding and networking. The top 10 teams will move onto compete in a face-to-face final in Edinburgh.

Exams will not be scrapped, Scottish Government says

How embracing neurodivergent talent can ‘enrich’ your tech business