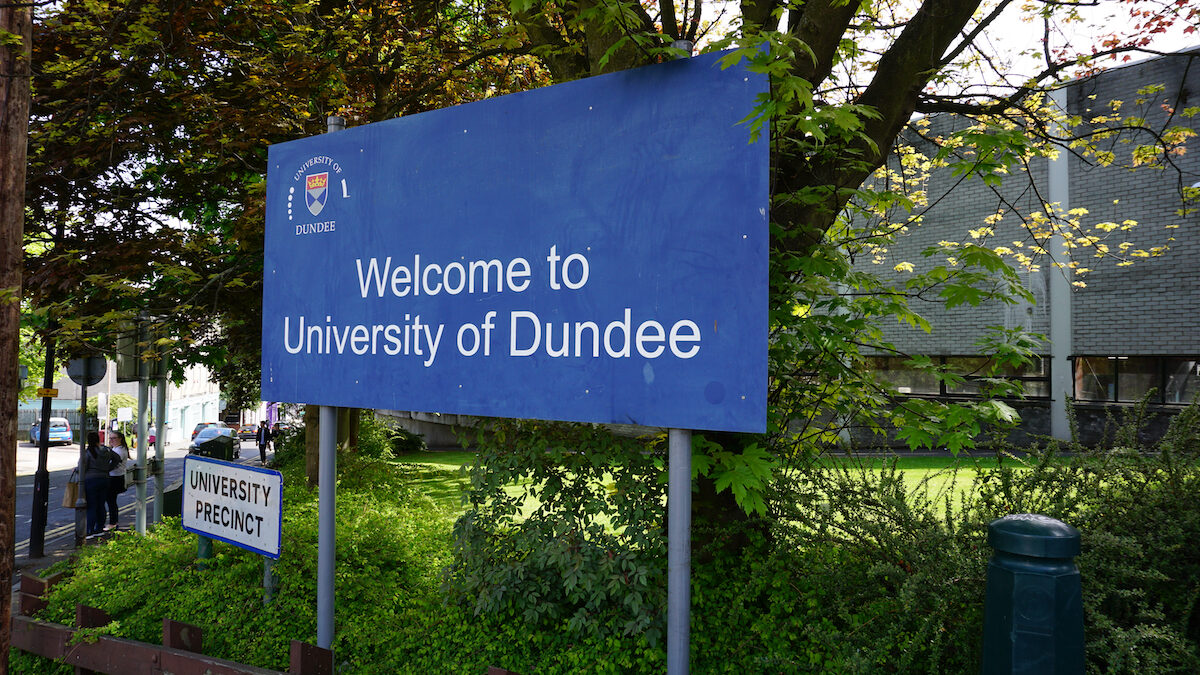 Computing researchers from the University of Dundee are working with the BBC to devise computer software that challenges people to improve their arguing skills.

Professor Chris Reed and his colleagues from the Centre for Argument Technology (ARG-tech) have signed an agreement for a suite of technology to be piloted in conjunction with BBC programming. The partnership builds on many years of collaboration between Professor Reed and the makers of the popular Radio 4 live discussion programme, The Moral Maze.

The ARG-tech team worked with a team of engineers around the world against the clock to analyse the debate on abortion that appeared on an episode of The Moral Maze from the time it was recorded on Monday evening. Using the data gleaned from the show, the researchers were able to work out exactly the arguments that the various panellists and expert witnesses used, identifying areas of convergence and divisiveness and analysing the ways participants supported and attacked each other.

A similar exercise will be carried out during the BBC Two ‘Abortion on Trial’ show on Monday 16 October and, from there, complex algorithms will connect the components of these and other programmes on the same issue to create an interactive map that enables users to dig deep into the analysis of the arguments.

The same underlying data is used to support a Dundee-developed app called ‘Test Your Argument’, which has now gone live on the BBC Taster site. The app enables users to access content from the debate and explore how to build better arguments.

Another piece of technology being developed by the ARG-tech team is an app that allows people to take on the role of Michael Buerk, chair of The Moral Maze, and recreate their own new debates using content available on the BBC iPlayer.

“We have worked with the BBC for over 10 years now and this is the latest exciting development,” said Professor Reed. “We’re interested in models of argument, debate and disagreement and The Moral Maze is a fantastic partner for us in that regard as it is the gold-standard of debate.”

“In the era of fake news and of debates increasingly happening in echo chambers of like-minded groups it is vital that people have the skills to back up reason and facts in arguments.”

“The BBC is running a series of programmes to mark the 50th anniversary of the Abortion Act so that allowed us to use our techniques on both radio and television shows. We had 48 hours from the show being recorded to broadcast. Twelve of those hours were taken up by transcription so the 36 that remained saw 30 people in five different time zones around the world carrying out the analysis. Colleagues in Australia, Poland, Germany, the UK, US, Brazil and Argentina were handing over to each other.

“In that time we had to pick apart the components of the argument, build software, carry out quality assurance and load test servers to make sure everything was ready to go live when the broadcast went out. It was punishing to say the least.”

“The direct analysis is done manually then algorithms calculate the properties of debate, identify the things most central to the various arguments and the biggest points of divergence.

“Heavyweight artificial intelligence techniques have been used to develop the apps that allow people to test their arguments and take on the role of the Moral Maze chair. The end point is not to create robots that will beat humans in an argument, because I don’t think we’d ever get to there even if we wanted to, but for computers to help us argue better.”

The ARG-tech team draws on philosophy, linguistics, computer science and even law and politics in order to get a handle on how debates fit together. As such, they act as a bridge between 2,000-year-old theories of rhetoric and leading-edge applied software engineering.