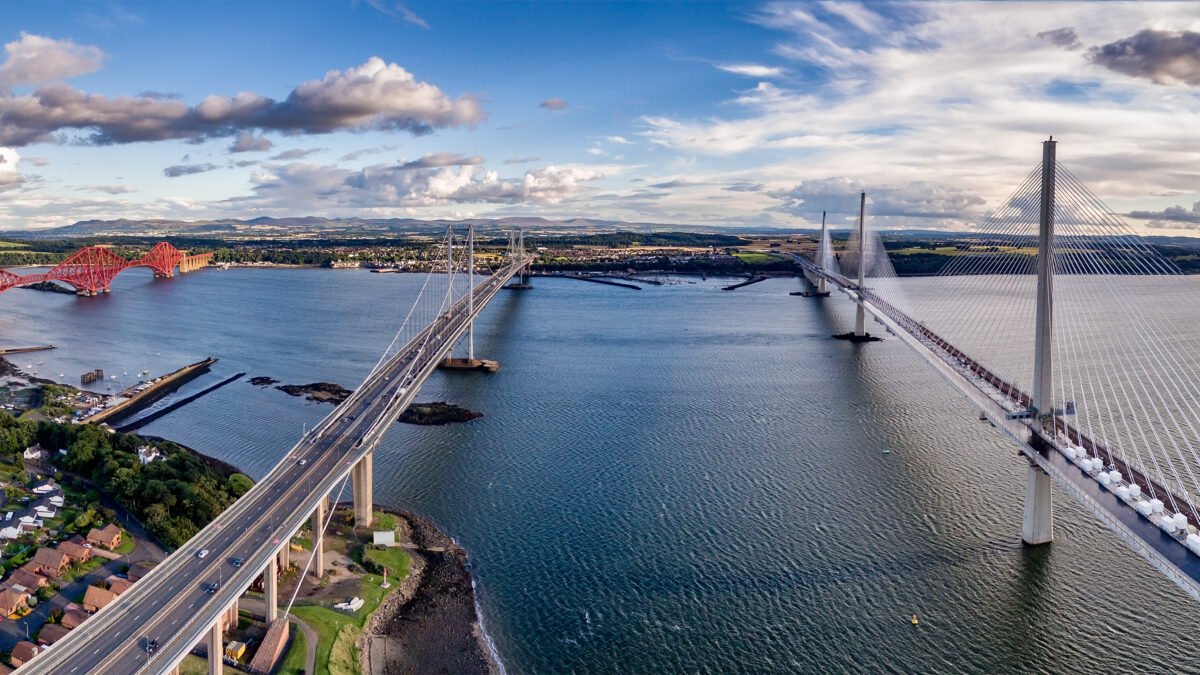 Unused energy trapped within bridges is to be harvested in a major new international project led by Scottish researchers.

According to Heriot-Watt University, traffic and wind regularly cause low frequency vibrations to ripple through bridge building materials such as steel and concrete – energy which then travels away from its source before dissipating.

But academics at the university in Edinburgh, alongside researchers from Georgia State University and Georgia Tech in the US, have recognised an opportunity to capture and recycle this untapped source with “the principles of physics”.

The collaborative team has received £340,000 from the Engineering and Physical Sciences Research Council (EPSRC), part of UK Research and Innovation, and $443,000 (£323,848) from the National Science Foundation (NSF) to research and develop a “revolutionary” ‘vibro-impact energy harvesting’ device.

Dr Daniil Yurchenko from the School of Engineering and Physical Sciences at Heriot-Watt University has created a prototype called a ‘vibrant pack energy harvester’ which can be fitted at multiple locations on a bridge.

These autonomous devices, measuring around 5 – 10cm in length, do not require wiring to an electrical power source and are relatively cheap to manufacture.

They work by holding a small ball housed within a tube that rolls back and forth as the device absorbs low frequency vibrations. As the ball moves, it impacts on non-conductive materials, known as dielectric membranes, located at either end of the tube.

This electrical energy is stored in a battery and used to power a sensor capable of monitoring the structural integrity of a bridge. Engineers can then record multiple measurements, such as vibrations, traffic load, wind and temperature, all at the same time but without the need for specialist infrastructure to be installed at significant cost.

Dr Yurchenko explains that while dielectric elastomer technology has been tried in wave energy, nothing has been done on this centimetre scale before.

He said: “What we are doing is creating a more efficient and cost-effective solution by harvesting energy that would otherwise be lost. It’s something that has never been done before in this way. It’s a technology that can be used on any bridge anywhere in the world. There are plenty of places where these devices can be fitted to a bridge structure such as on cables, on the pillars, other side of the bridge deck, there really aren’t any limits.

“The biggest problem in energy harvesting is that the absolute amount of energy produced by a typical device is very small due to the low available level of vibrations. In fact, for the past 100 years scientists have been fighting adverse vibrations to ensure that bridges are safe. So, through this work we will try to optimise the performance of our vibro impact energy harvesting device tuning it to the bridge application.”

The team is working alongside Wenzel Consult, an independent company that specialises in bridge sensor technology in Austria and Turkey.

The scientists intend to carry out real-life testing of their prototype on a 32m-long highway bridge in northern Austria.

Professor Rachel Kuske, head of mathematics at Georgia Tech, said: “While the device has nonlinear behaviour, which is beneficial in generating more energy than is used to power the device, the same nonlinearity can result in a range of complex responses to the vibrations.

“We will use dynamical analyses to predict the different types of responses, as well as to select design choices for responses that optimise energy output. As the bridge vibrations are also inherently noisy, the analysis will also identify how to leverage noise sources that are beneficial and mitigate effects from detrimental noise sources.”

“Moreover, this project is synergistically connected to another project supported  by NSF grant (2019-2022) ‘modern approaches to modelling and predicting bridge instabilities’ that will inform the design of energy harvesters by offering a dynamical characterisation of bridge oscillations and external perturbations to be harvested.”

The ‘stochastic nonsmooth analysis for energy harvesting’ project, is due to complete in 2024.

The researchers say that the same technology could be adapted in the future and used to harvest energy from other vibrating man-made structures and machines.

Lanarkshire town becomes latest in Scotland to get ‘ultrafast’ broadband