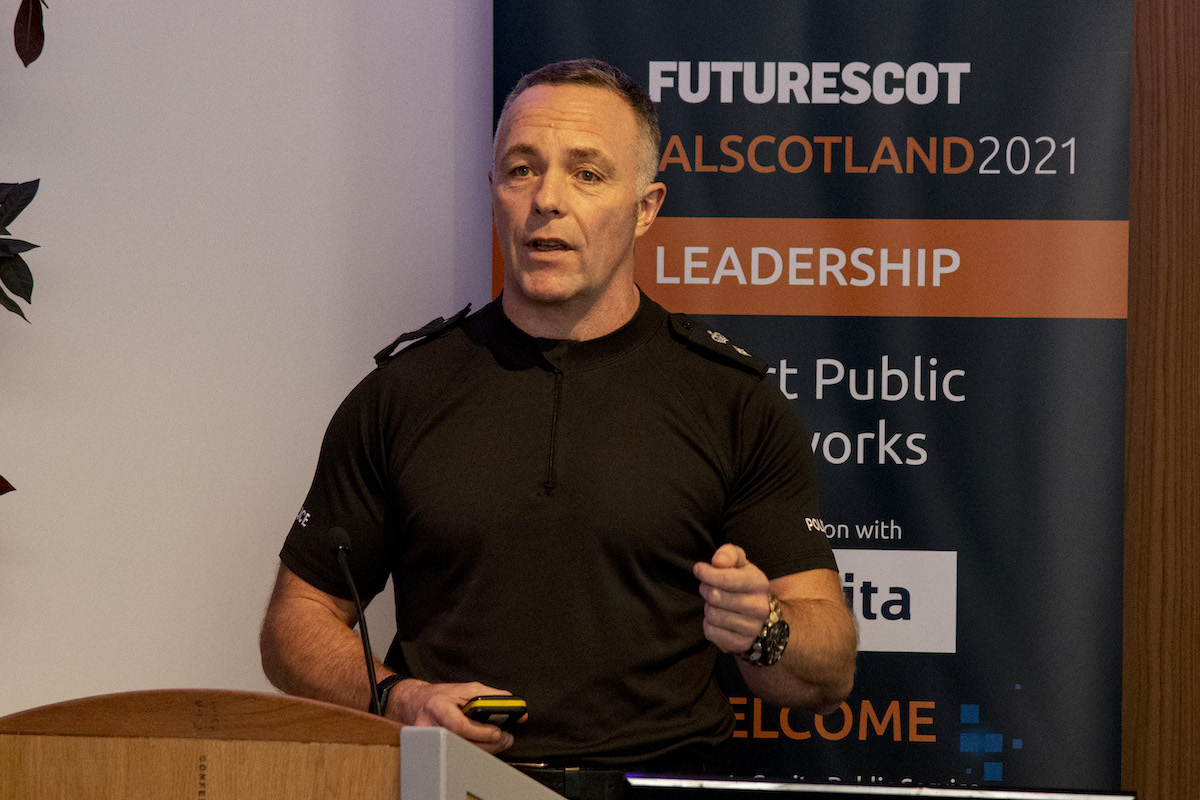 Digital evidence can breathe life back into the criminal justice system and cut backlog, believes one of Scotland’s top police officers

According to figures released earlier this year, there were almost 50,000 criminal cases caught in a backlog as the Scottish justice system struggled to cope with the impact of Covid.

The government released emergency funds of about £50m to help the courts manage crippling delays to trials, which a parliament committee warned could reach ten years.

In existence prior to the pandemic, DESC was meant to solve the problem of officers ferrying evidence to courts, or trying to collect it in a way that was easily shared across the system. Chief Superintendent Matt Richards, who leads the digitally-enabled policing programme at Police Scotland, said the project has the potential to start dramatically reducing delays.

“We think something like DESC can breathe life back into the criminal justice system,” he says. “And I think if it works to its full capacity and potential, then I think we will see that five-year [delay] drop down
to four, three, two, as the system comes online.

“But it’s critical that every part of that system, whether it’s the Scottish Courts service, or the Procurator Fiscal service, has to step up and accept our digital requirements in that system.

“Also critical to that is the funding from the Scottish Government because none of this will work without the appropriate investment.”

Richards says DESC, which has been awarded to Axon Public Safety UK, will be an “end-to-end solution”, enabling officers to take information from a crime scene, victim, witness or suspect, and share it with appropriate colleagues and services.

When it comes to sharing the crime report with the Procurator Fiscal, it will allow the prosecuting authority to go back quickly to the force to demand “productions” (exhibits) in a trial.

Richards says if the force’s 17,234 officers get body-worn video, which is another demand of government, since armed officers were given permission to use it at Cop26, then that will also speed up charging decisions and early guilty pleas.

“If they had the benefit for instance of body-worn video, which is also part of DESC, they can actually see a person is guilty of a crime and basically recommend to the defence lawyers that’s this is going
to court and you’re going to lose.

“So, we’re seeing almost a 20 to 25 per cent increase in guilty pleas as well, which again reduces
demand and creates a greater focus on the victims. It also means the victims can exit the system cleaner
and quicker as well,” says Richards.

The case for body-worn video has been held up by parliamentary scrutiny, with former MSP, John Finnie (an ex-officer himself) regarded by some as “holding the force’s feet to the fire”, says Richards, over its wish to use technology more in frontline policing.

Richards insists the process, which involved numerous evidence sessions at Holyrood, was important
for the “legitimacy” of Police Scotland.

However, now that the political case had been made for body-worn video at Cop26, it is important that the scheme is expanded from the 500-plus armed officers equipped with it at the Glasgow climate event.

He said: “We just feel that we are a long way behind the rest of the UK in terms of body-worn video
and it will be such a driver for DESC overall and will increase those efficiencies and also the main thing for me is public and officer safety.”

He adds: “Having it at Cop26 was a wonderful boon for us and allowed us to go ahead and push on; and what that’s done has dared our officers to hope that they would be getting body-worn video.

“When officers came up from England and Wales during Cop26 they saw the equipment being used by their colleagues and realised that we are lacking that support.”