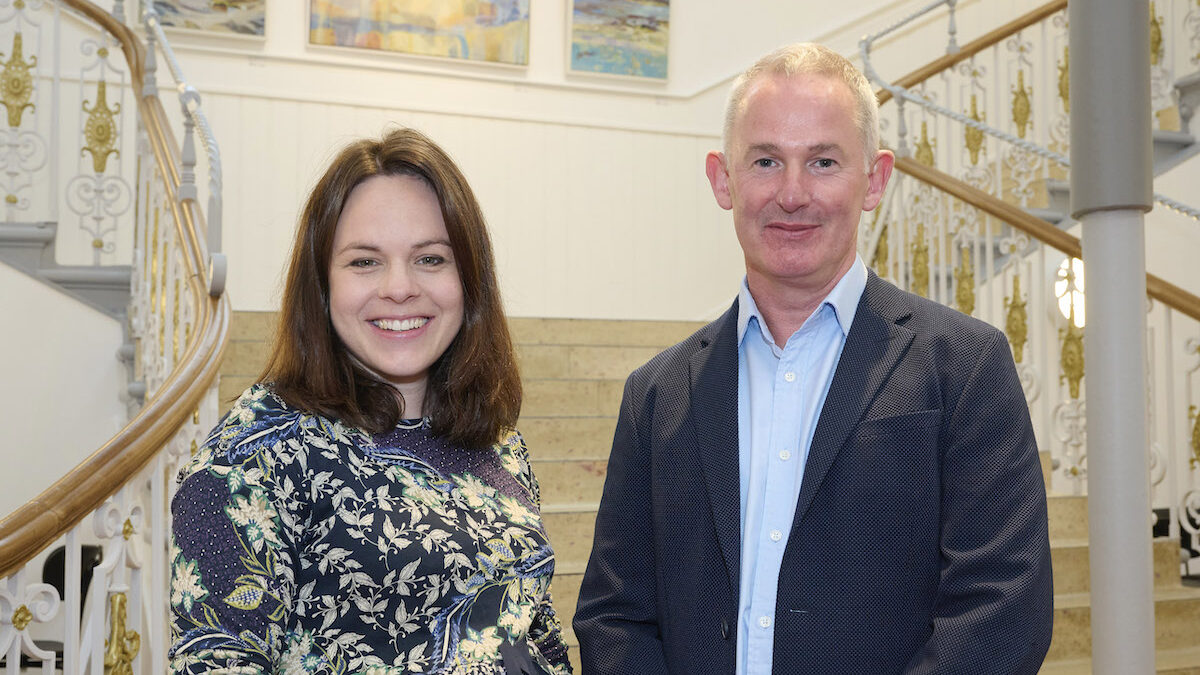 A £42m government contract to develop a national network of seven ‘tech scaler’ hubs around Scotland has been awarded to Codebase.

The company, which runs one of UK’s largest tech incubators, in Edinburgh, has been appointed to lead a consortium to deliver on the vision of the Scottish Government to scale-up the nation’s most promising tech startups.

First Minister Nicola Sturgeon announced the Tech Scaler contract, which is one of the largest investments by the Scottish Government into Scotland’s potential as an entrepreneurial nation, ahead of an event at the new Barclay Eagle Lab Campus in Glasgow.

The investment will support tech founders to scale-up their businesses by accessing advice and mentorship from industry experts at the hubs. Partners include Google for Start-ups UK, Barclays Eagle Labs and Reforge, a leading San Francisco-based membership programme that teaches start-ups how to grow using Silicon Valley founders’ best practice.

Opportunity North East – founded by oil industry tycoon Sir Ian Wood – and based out of Aberdeen, will also be involved in the process, alongside Stirling Council, which is currently the effective landlord of a Codebase outlet based in the city.

The hubs will be based in Glasgow, Edinburgh, Aberdeen, Dumfries, Dundee, Inverness and Stirling.

First Minister Nicola Sturgeon, who formally launched the network at Barclays Eagle Labs in Glasgow, said: “Scottish tech start-ups and scale-ups are already a very significant success story and the Scottish Government wants to do even more to build on the sector’s current strength.

“Tech start-ups right across Scotland will have access to world-class education and mentoring and opportunities for peer learning and networking through the tech scalers. For new companies at all stages of their development, Scotland will provide one of the most supportive environments in Europe.”

Stephen Coleman OBE, CEO and co-founder of Codebase, said: “Codebase is delighted to have been awarded the Tech Scaler contract. We will continue to work closely with our partners – old and new, local and global – to make Scotland one of the most tech start-up friendly places in the world.

“We will be helping founders of all shapes and sizes from all backgrounds turns their ideas into businesses via education programmes, community building and networking. We will help to build more start-ups in Scotland and help them scale and access customers and investment globally.”

Economy Secretary Kate Forbes said: “Scotland’s tech industry is already a dynamic and entrepreneurial community and is forecast to be the second-fastest growing sector in Scotland by 2029.

“Our investment in the industry supercharges that growth by helping fledgling businesses get the confidence and momentum to be catapulted onto the world stage.”

Codebase is a tech ecosystem support organisation active in 27 hubs across the UK which uses worldwide start-up best practice to accelerate tech innovation. Its flagship HQ is at the brutalist former Social Security office block on Castle Terrace in Edinburgh.

The creation of the Tech Scalers network delivers a commitment of the Programme for Government 2021-22 and a key recommendation from the 2020 Scottish Tech Ecosystem Review, carried out by former Skyscanner COO and recently appointed Chief Entrepreneur, Mark Logan.

Chief Entrepreneur Professor Mark Logan said: “I’m delighted that this contract has now been awarded, so that we can deliver Scotland’s innovative Tech Scalers network, a key recommendation in the Scottish Tech Ecosystem Review. Tech Scalers provide Scottish start-ups with a world-class start-up environment in which to learn, grow and succeed. I’m looking forward to working with the Tech Scalers team, to continue to develop Scotland’s technology capability into the future.”

Courses will be hosted by Barclays Eagle Labs, Opportunity North East, a number of Scottish universities and Stirling Council. Upon reaching the advanced level, businesses will receive free access to Reforge – Silicon Valley’s most prestigious provider of education on scaling-up.

Barclays Eagle Labs Director Jon Hope said: “We are delighted to support the launch of the Scottish Government’s Tech Scaler programme. Barclays shares the government’s ambition to develop the infrastructure required to support business growth, which is why we are launching our latest Eagle Lab in Glasgow, in August.

“The Glasgow Eagle Lab will be home to the city’s tech start-up community and will work with public and private partners to support their growth and develop skills in new emerging tech, innovation and entrepreneurship.”

The contract has been awarded on the basis of partnership working with the following organisations: Reforge, Google for Start-Ups UK, Commonwealth Ventures, Barclays Eagle Labs, Radiant and Brighter, Scottish universities and enterprise agencies, and City of Edinburgh, Glasgow and Stirling councils.

Finding a role in cyber was 'tough' for Cheryl Torano. Now she's determined to help other women join an under-represented industry

Building digital skills in a world beyond Covid

CivTech launches with £7m of contract opportunities for tech entrepreneurs

A taste for tech. After harnessing AI, Citizens Advice Scotland is embarking on its next digital programme