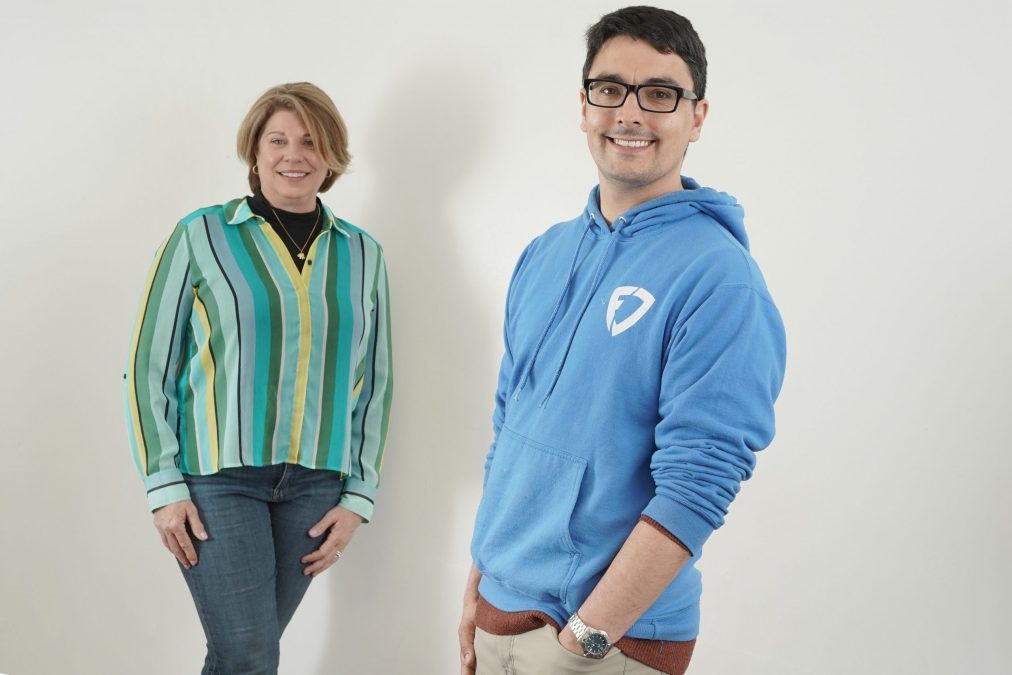 Codeclan 1 SA : Codeclan CEO Melinda Matthews-Clarkson and Justin Kerestes of FanDuel Picture by Stewart Attwood All images © Stewart Attwood Photography 2021. All other rights are reserved. Use in any other context is expressly prohibited without prior permission. No Syndication Permitted. Fee for Use
Business & Economy

CodeClan, the UK’s first and only fully accredited digital skills academy, has appointed a former senior figure at IBM as its new chief executive as the organisation looks to build its presence across Scotland in 2018.

Melinda Matthews Clarkson, who has more than 25 years experience in the technology sector, says she plans to grow the organisation, extend CodeClan’s operations beyond the central belt of Scotland, and expand its partnerships with business.

Originally from the US, Melinda has lived in Scotland for the past 10 years, and was until recently vice-president of commerce partnerships at IBM. She has been deeply involved in bringing to market a range of new products in cloud, SaaS, eCommerce and digital marketing.

“There is a real buzz about the technology sector in Scotland and we need to fuel it by getting more and more talented digital professionals into the marketplace,” she said. “With more than 90% of our graduates finding work within five months, there are very compelling reasons for people to get involved.

“CodeClan has ambitious plans for growth – we’ll be expanding our course numbers in 2018, giving more people a career pathway into the thriving digital economy. We’re also looking at delivering our courses beyond the Central Belt making access easier for people in other parts of the country. This will be backed by more partnerships with business. It will be a win for students, businesses and the sector as a whole.”

She has a wealth of leadership experience, managing teams ranging up to 200 people in size across areas such as sales, marketing and training. She has also managed startups in global and regional sales initiatives. In addition, she is active in diversity awareness, inclusion, and leveraging unique skills to build high performing teams and managers for innovation.

Melinda has an education degree from the Indiana University of Pennsylvania and has a certification in Executive Coaching and Mentoring. She plans on using these skills to enhance the professional skills of the CodeClan graduates.

“I first came across CodeClan through my work mentoring some of the exciting startups in the tech sector,” she said. “The team is multi-talented and they cover far more than just teaching students how to code, they provide an understanding of the industry that helps the students grow and enhances their approach.

She takes over the reins from acting chief executive Adam Bannon.

“Being involved in a not for profit organisation where we are all working to a common goal is very exciting. Adam and the team have done an amazing job in delivering operational excellence and we will be building from a solid base.”

To coincide with its second anniversary, CodeClan recently announced it had successfully placed 200 skilled people into technology jobs. The organisation also revealed plans to respond to the demand for places on its Professional Software Development course by doubling the number of cohorts it hosts in Glasgow during 2018.

Polly Purvis, chair of CodeClan, said: “I’m delighted Melinda is joining CodeClan to lead its energetic team through the next stage of growth. Her passion, knowledge and experience will be pivotal in driving CodeClan forward as we move into a new chapter, building on our success to date.

“Having someone with a background spanning both sides of the Atlantic will provide us with a unique insight into the way technology and its teaching is evolving. This will keep our courses current and give our students an education that is unmatched in terms of relevance and value.”