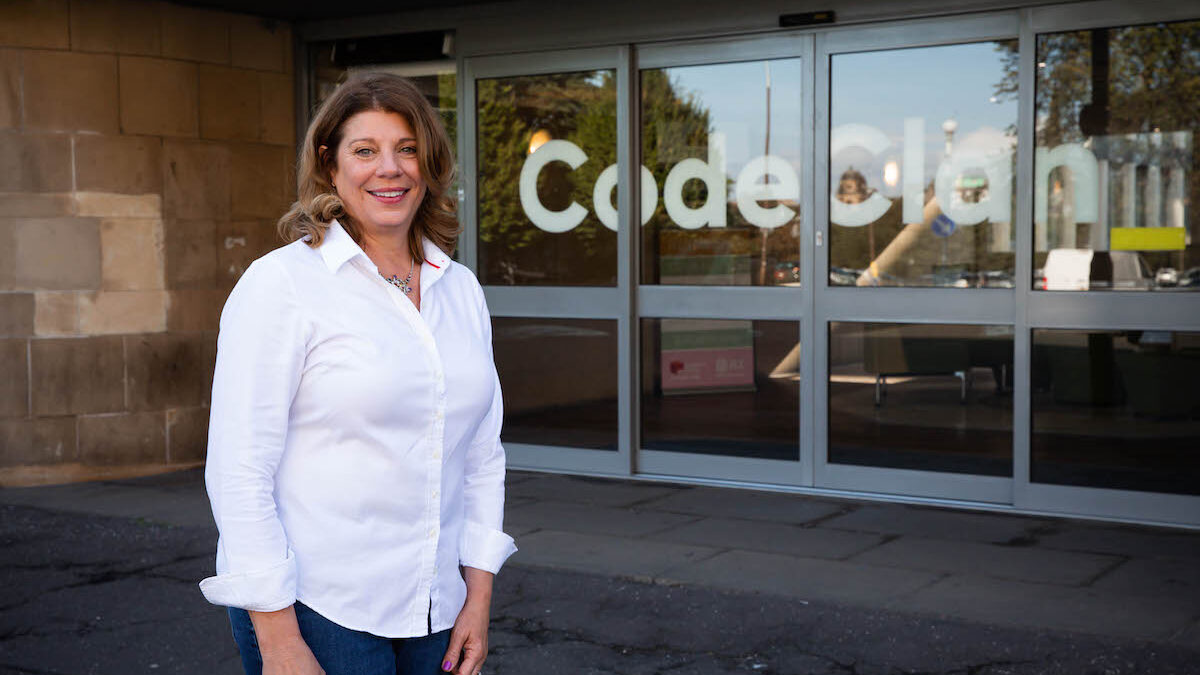 The chief executive of Scotland’s national digital skills academy is to step down after five years in the post.

Melinda-Matthews Clarkson will quit CodeClan to take a sabbatical in her native US before seeking a role in the technology sector in Scotland in 2023.

She said: “CodeClan is now in a solid state, we navigated our way through a challenging pandemic, and the ecosystem here is hungry for skilled tech individuals, so I felt it was a good time to pass the baton to a new leader.”

During Matthews-Clarkson’s tenure, the CodeClan team has grown from around 20 people to over 60, while turnover has grown from approximately £1m to close to £3m, although the outgoing CodeClan CEO says it is the digital academy’s graduates that is her real measure of success.

Matthews-Clarkson said: “The best thing has been seeing the students graduate, get their dream jobs, and then seeing them being promoted, buying homes, and starting families – that’s a hard yardstick to beat.

“As a not-for-profit social enterprise, we have weathered many storms over the last five years, facing them with a growth mindset, collaborative problem solving, and a determination to see things through.  I could not be prouder to be part of our amazing team.”

“Five years ago, I put a quote on the wall of CodeClan’s Edinburgh campus, which said, ‘Will it be easy?  Nope, but worth it?  Absolutely.’  Now I understand that quote applies to all that study and work at CodeClan. It is a unique environment that allows people to grow, learn and connect with passionate people around technology.”

Earlier this year, CodeClan Youth Academy, a partnership with investment management group Baillie Gifford, was established aimed at giving young people a real-world experience of how a technology-driven business operates, while providing them with the kind of programming skills required in an industry environment

Founded in 2015, CodeClan’s mission is to bridge the digital skills gap and develop a new generation of digital professionals in Scotland. CodeClan focuses on equipping students with industry-led training with a view to securing employment. The digital skills academy has supported more than 2,000 people in gaining skills to transform their careers, working with in excess of 400 industry partners across Scotland’s commercial and public sectors.

Education recovery plan to build on ‘significant innovation’ during Covid

3 ways to be an EduTech leader: Learnings from the Education Leaders’ Summit