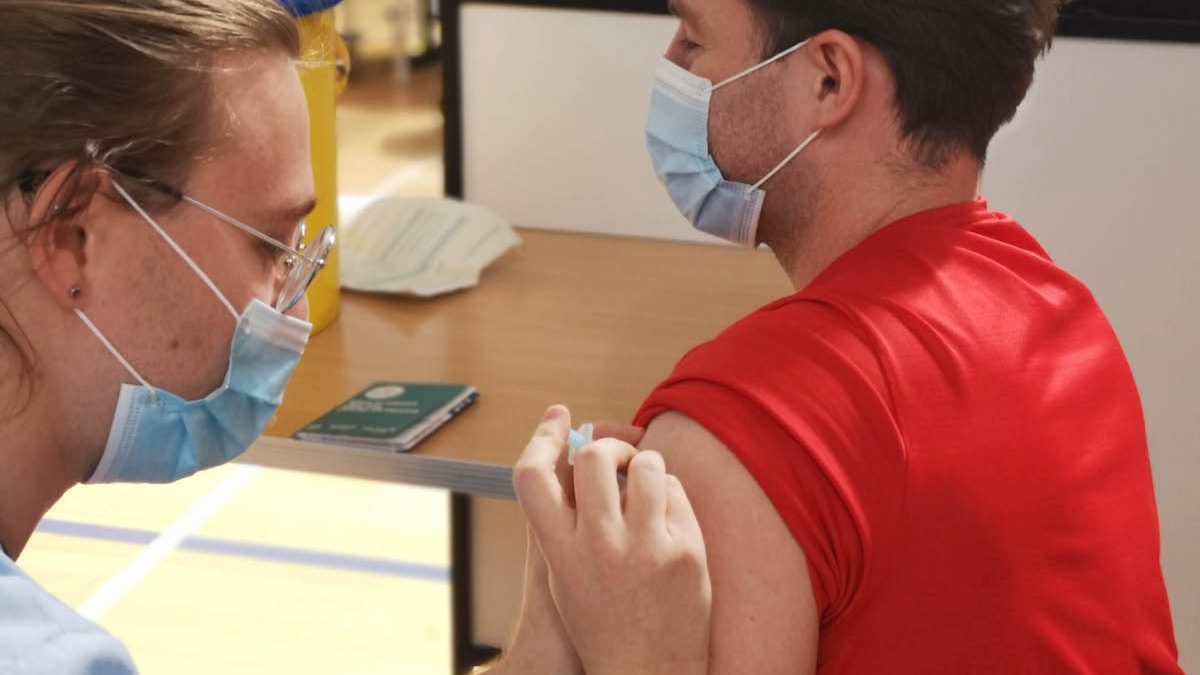 When it comes to testing technology on users Deryck Mitchelson turned to an unusual focus group. He asked his elderly mum and dad to register their house as a venue for the NHS’s national Covid “check in” app. “They managed it and they’re in their 80s,” laughs Mitchelson, director of national digital and information security, NHS National Services Scotland (NSS). “They registered and had it up on the wall – they were checking in and out of their own home.”

Laughter aside, Mitchelson’s team has also been responsible for a range of nationally important digital projects including the deployment of the Protect Scotland contact tracing app and now – just weeks away from launch – a new digital vaccine certificate. As another cloud-based project, which similar to the check in app uses Microsoft Azure (as opposed to Amazon AWS for Protect Scotland), the project is being overseen by another technology supplier, which had the right suite of products to match the brief.

When rolled out soon the as-yet-unnamed app will also enable people to carry a part of their own medical record around with them, which Mitchelson believes could well be an NHS “first”. It is a long way from where the NHS was pre-Covid, he insists, and testament to the herculean efforts of a national and local workforce which has embraced technology as a way to carry on functioning through the pandemic.

Already, around 200,000 user licences for Microsoft 365 have been issued – getting the workforce up and running on Teams – and public-facing apps have been developed at breakneck speed. Once the new app joins the family – they are all separate, based on different privacy and data requirements – it will be three apps that people in Scotland can access to help them navigate an increasingly digital post-Covid world.

Mitchelson says the app will also compliment the existing service offered via the national Covid call handling helpline, where people can phone and ask for a certificate which attests to their vaccination status: the use case for such a document is self-evidently linked to foreign travel and acts as “proof” that a traveller has been jabbed, but there are an increasing number of scenarios being looked at by policymakers for where they may be required.

“The digital one has a few more benefits obviously,” says Mitchelson. “It will check your status and tie into testing as well. The certificate will just be a vaccination record but the online version will also know if your vaccination has expired or if you have had a test, for example.”

He adds: “The ecosystem is all integrated but there are different components managed in different spaces. The key thing among them is that we can securely integrate running it all through an API (ap-plication programming interface) service, so it’s able to pull the vaccination records, and the testing records, because we are sharing information across different parts of the health service. Integration is the critical piece.”

It will also transmit the information to GPs, who will be able to see whether, where and when their patients have been vaccinated, including at their own surgery or a massive vaccination centre like the one at the SSE Hydro in Glasgow. With it thought to be the first ime a medical record has been issued digitally to citizens security is front of mind.

“I’ve got a full-time security consultant looking at the vaccine certificate app, every day, all day,” adds Mitchelson. “And a full-time information governance team speaking to the ICO (Information Commissioner) so privacy and security will be built into the app – it’s absolutely at the start by design. It’s the right way of doing this.”

The app is being developed in parallel to other services across the home nations of England, Scotland, Wales and Northern Ireland. And all are working towards international standards designed by the World Health Organisation (WHO).

Mitchelson says: “When you look at your certificate on your phone it will have all the usual QR scans and data and that means there’s a level of assurance around that data being correct. It also will connect right back so you will see who the certification body is as well. NHS Scotland will be the body that verifies that certificate to say that it’s valid.”

In terms of how it will work for ordinary people in different settings, the use cases are changing all the time, but it may well be that an airport traveller is scanned in through the usual passport check-in points, which allows for onward travel with an airline. That would obviate the need for each airline to carry out onerous checks on passengers before embarkation. Mitchelson says there are a few things that need to “bottomed out” before launch, which is expected at the end of July or the beginning of August, and that some airlines may wish to rely more on a recent negative Covid test before boarding.

“I think the world’s changing quite quickly,” he adds. “Which is why we are tying in with the WHO and the green book standards because it means we’ve got the best chance of it being accepted by everyone.”

He adds: “We’ve designed all these apps with the help of a user base. Every single one has been designed that way – and this will be user-centric as well. There is pressure to clearly get it delivered quickly but I want to reassure people that it won’t go live until we are happy that it is secure, it’s safe, it’s been signed off and that everyone’s happy with it. Because at the end of the day a Covid vaccination cer-tificate is part of a medical record; you’re carrying around a medical record on your phone and most people don’t currently do that.”

In terms of how the NHS has responded by pivoting to digital in a crisis, he says: “I think it’s been a staggering effort to be honest. Right from the when we started with our Covid response back in late February 2020 when we started to pull together teams, and started to pull together data and where we are, I think the NHS has demonstrated its digital capabilities at its best. And I do say NHS. This is not an NSS delivery – this is various parts of the NHS coming together with the best of their digital teams to deliver all these systems and all these integrations.”

He added: “We’re in a totally different place to where we were 16 months ago and I’m absolutely thrilled with where we’ve got. We had to do it. We responded to a pandemic so digital is going to be a huge enabler as to how we were able to deliver these things at pace but I think it’s been an amazing job and I’d just like to see more and more digital get used.”

“Is he going to have a more digital first agenda? Potentially we’re seeing some of that at the moment. He’s asking some of these probing questions around what can we do. So yeah, I think we’ve moved on massively and we’ve got a huge journey ahead of us but hopefully that journey will be looking at a lot of the digital pathways and digital health transformation and we can get away from the Covid response.”

NHS drone transport service has lift off in Angus