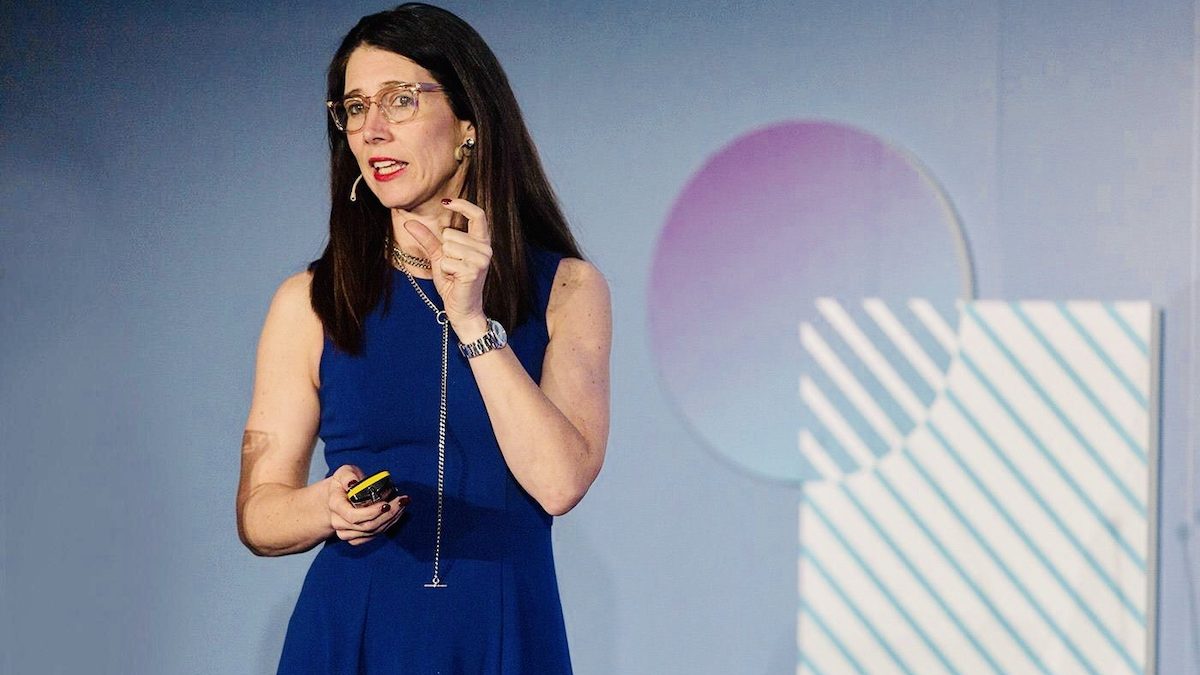 A mindset shift within public sector leaders across the world is cultivating ‘agile’ and new ways of serving citizens, according to one of the founders of a global government learning platform.

Lisa Witter, Executive Chairperson & Co-Founder of apolitical, a peer-to-peer educational network of public servants, spanning more than 160 countries, says governments are starting to embrace new ways of working, which include a willingness to fail fast, learn and adapt to changing circumstances.

There is a hunger among public servants to upskill themselves, to be inspired and ‘feel good’ about the work that they are doing, says Witter, who arrives in Edinburgh next month to deliver an international governance keynote speech at CivTech Demo Day 4.0 – the Scottish Government’s annual conference showcasing innovation in the public sector.

Witter, who co-chairs the Global Future Council on Agile Governance at the World Economic Forum, says: “It is an incredibly exciting time right now. We are seeing a mindset shift which is being reflected in the global govtech and civtech movements. And there is a recognition that in order to solve 21st century problems, which are coming at us so fast, government institutions have to change.

She adds: “And in that sense we’re seeing governments carving out new ways of working, making divisions smaller and more responsive, giving people more latitude; and as citizens we have to be comfortable with governments doing things differently, which means sometimes they need to do things in smaller batches or try new things, which could have great positive effects but sometimes not everything works out right away.”

She added: “So, governments are really studying what it is they need to fix, and then cascading out policy; and we’re seeing that in terms of an agile approach to solving problems, a ‘let’s go in and try something and let’s adapt it and try something different’. We need people to be willing to be wrong and then go out again.”

Witter says she has been encouraged from observing how Scotland has embraced the challenge-led approach to public sector procurement, something which is at the heart of the CivTech programme, now in its fourth year. With fourteen companies set to showcase their tech solutions at the EICC in Edinburgh on March 4, the event will feature a big push on tech supporting environmental goals, with a special ‘Net Zero’ zone dedicated to public sector organisations seeking climate change oriented solutions.

Witter, who works from a base in Berlin, applauds the CivTech programme and credits Scotland as being one of the first movers in a growing global govtech market worth an estimated $400bn. In particular, CivTech’s approach makes it easier, she says, to understand the breadth of issues that should be considered when delivering government policy, rather than putting the needs of institutions first. That also fits with a service design movement in governments, which shapes policies around citizens’ needs, focusing on deep consultation and research, working alongside citizens to co-design and co-produce services that not only work seamlessly but are respectful, fair and humane.

“The piece that’s important to describe is instead of laying out a prescription about how to solve a problem, and then hiring a vendor, they outline the problem and say how would you solve it, which just makes a lot of sense,” says Witter. “You hear about companies wanting to do flood alert warnings or giving senior citizens better access to the care that they need, which is great.”

Witter’s background is in policy, politics, behavioural science and entrepreneurship, whilst her co-founder Robyn Scott combines tech experience, entrepreneurialism and journalism. With apolitical, the pair have established a foothold in a growing upskilling market for 200m civil servants worldwide, which spends $20bn annually on training. The organisation, which was identified by Fast Company as being one of the most innovative in the social good space, relies on a peer-led approach to teaching new skills to civil servants, through a series of field guides, talks and ‘leadership labs’, delivered by the likes of LastMinute.com founder Martha Lane Fox and Tom Loosemore, who set up the UK Government Digital Service.

It is preparing to release the results of its annual survey, now in its second year, on attitudes among civil servants to training and development. Witter gives a sneak preview into some of the major findings this year, and identifies the number one knowledge gap is around ‘change management’, and how to be more effective at stewarding government institutions through big change programmes. The second is around harnessing emerging technology, as governments get to grips with the challenges of disruptive technologies like AI, and the third is the future of work, and how to adapt to the oncoming ‘fourth industrial revolution’.

Witter says the accumulation of this information is helping her organisation design a working model of education that taps right into these skills needs within governments.

That is helping drive innovation in government and, by extension, the private sector, which is responding to the need to be more ‘purpose-driven’ in a nascent tech economy for good. And the companies which harness that potential – designing truly citizen-focused services – will not only serve local ambitions in the countries in which they are developed; they will also fit into the global govtech market, which is an export and economic development opportunity that Witter characterises as feeding the ‘flywheel of democracy’, which only needs inventing once.

“It’s all about solving problems at scale and not recreating things over and over again,” she says. “And programmes like CivTech are moving into this exciting trade and diplomacy space. It’s a great position to be in, for governments, citizens and the entrepreneurs alike.”

£1.2bn to create 'world's most advanced' supecomputer dedicated to weather and climate