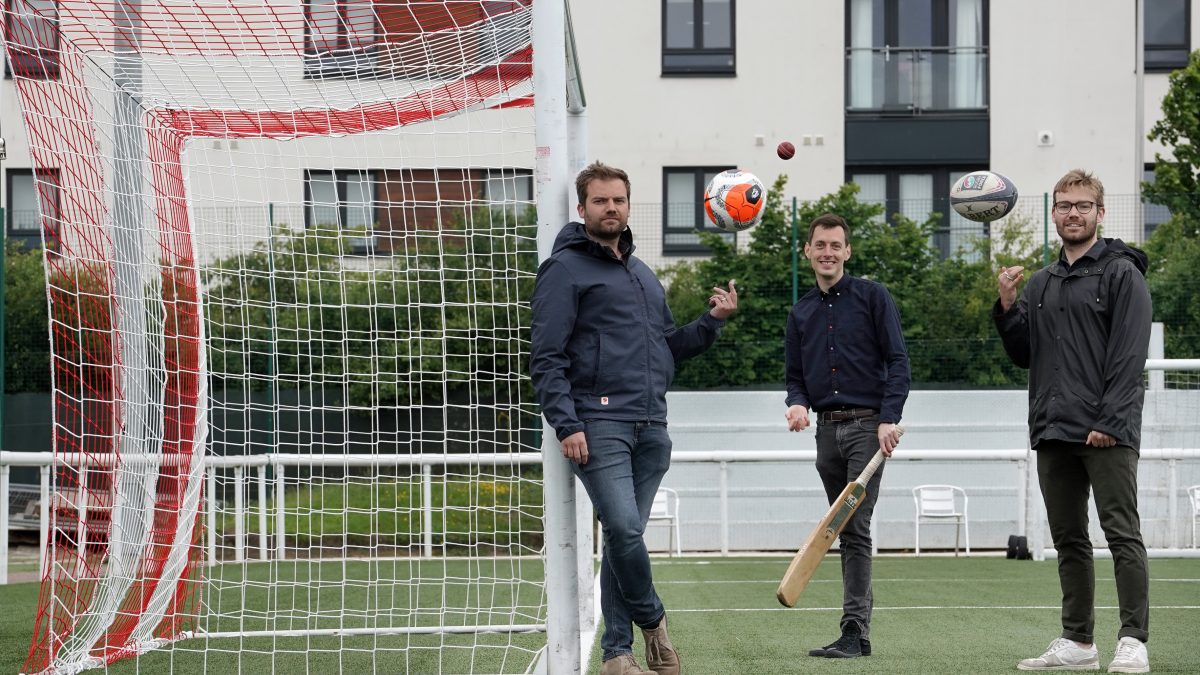 The founders of an Edinburgh-based app which delivers a digitally enhanced fan experience for sports clubs have their sights set on UK and US expansion after securing £500,000.

The Fanbase platform, which is branded for each individual sports club, enables mobile ticketing, memberships and subscriptions, and a range of other content for fans.

The co-founders, brothers Alasdair and Michael Crawley, who set up the company in 2019 are also targeting rugby, netball, cricket and the North American sports market over the next two years.

The startup secured the significant funding from a number of high-profile business figures and entrepreneurs through a recent seed investment round, including Steve Pankhurst and Tim Ward, co-founders of Friends United, and serial entrepreneurs and angel investors Nick Telson and Andrew Webster.

Nick Telson said: “Alasdair and Mikey have ‘it’. After just a 30 minute chat with them, we knew they were the real deal. The way sports teams currently digitise, understand and grow the value of their fanbase is stuck in the 90s. We see this as a huge opportunity across the globe and up to the highest echelons of sport.”

Alasdair Crawley, chief executive and co-founder of Fanbase, said: “Our technology gives every sports team a tool they’ve been priced out of until now and allows them to connect with fans like never before. We have focused on lower league football clubs to date, who play a fundamental role in their communities and because we’ve been able to make great strides with the product, we’re now having conversations with some of the top-tier clubs in Scotland and across the UK.

“It’s also our ambition to make an impression in the North American sports market. We’ve got good links into some of the soccer, basketball and college football teams over there, so we very much see that as being part of our next phase of growth.”

Alasdair Crawley is a director at Edinburgh, London and Bristol-based management consultancy firm Optima Partners, while his brother Michael Crawley is now full-time at Fanbase, having finished up a senior product manager role at global payments group PayPal in London and New York.

The seed investment round allows the brothers to hire a full-time team at Fanbase and move forward rapidly with the company’s product roadmap.

The Crawleys have already hired Carl Barton, who brings years of experience dealing with complex technology and customer data within the retail and financial technology sectors, as chief technology officer and co-founder.

Michael Crawley, chief product officer and co-founder at Fanbase, said: “The most important thing for us has been the continuous feedback we have had from both clubs and fans using the platform, allowing us to further innovate and make incremental improvements to the app.

“We’ve lots of great features that we want to release over the course of the year which will help our partners grow. Overall, we’re looking to provide best-in-class technology in the market serving the sports vertical.”

Government must invest more to 'stay ahead of the curve’ in global space race, says Scottish rocket CEO