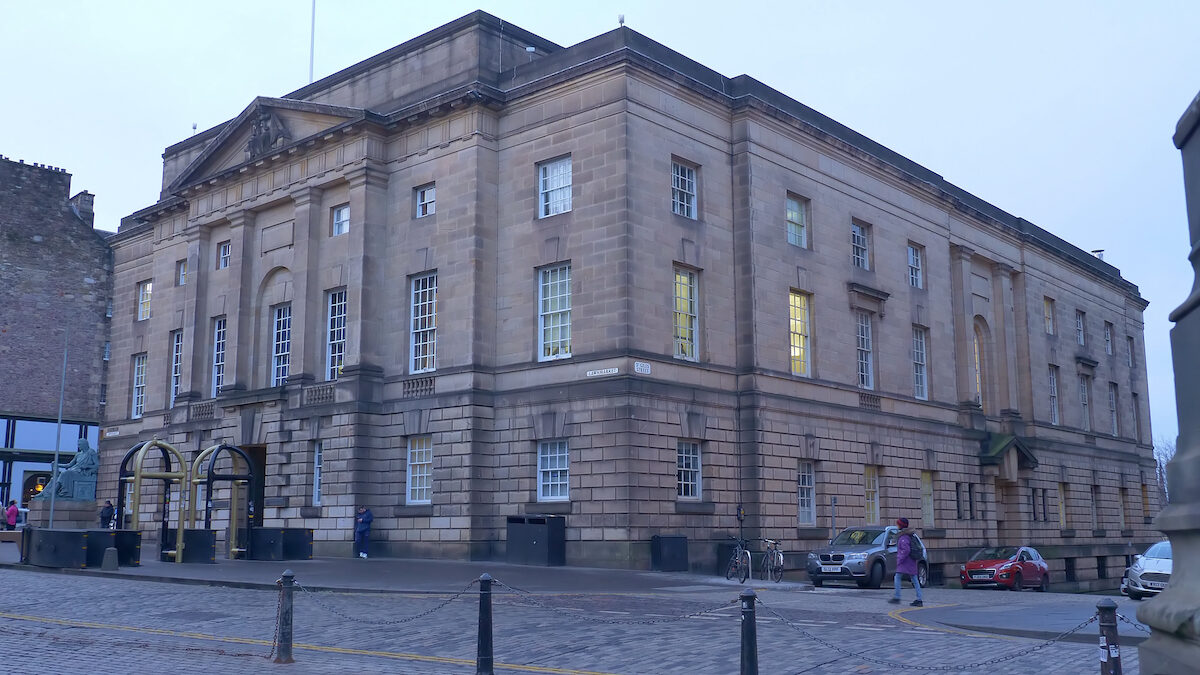 Staff Writer, June 26, 2020 3 min read
Scotland’s most senior judge has called for new legislation to address the growing backlog of court cases. The Lord President, Lord Carloway, said measures proposed so far had simply been “tinkering at the edges” of a major problem. He warned that if things continued as they had been, there could be a backlog of 3,000 jury trials in the high and sheriff courts by next March. Some cases have now resumed but social distancing has reduced capacity to 30%. The Scottish government said a working group had been set up to consider the practical and operational requirements needed to resume jury trials and that it was working to explore options. In a strongly-worded statement, Lord Carloway paid tribute to the court service for the speed at which it had developed digitally-based techniques of working, but he said new legislation was needed. He said that while progress had been made in conducting civil cases and non-jury trials remotely, proceedings that required a jury had proved more difficult. “This is not the time for a defence of tradition,” he said. “The cry of ‘it’s aye been’ cannot prevail. We have to seize the momentum and opportunity to respond to the particular challenge.” The first jury citations since March have now been issued, but jurors will have to sit in more than one courtroom to observe the proceedings. Lord Carloway said this would reduce trial capacity to 30% of normal, “We need to stop thinking about tinkering at the edges,” he said. “There is a keenness across the justice sector to find ways to address the serious backlog of solemn cases. I have been absolutely clear that I will not contemplate any measure to aid recovery which might compromise the basic principle of a fair trial. “The fact remains, however, that the requirements, for physical distancing and self-isolation in order to protect public health, are extraordinary inhibitors on the conduct of all kinds of court business.” He said he had “no doubt” that legislation would be needed to address some of the technical constraints. “None of the measures proposed by others have so far come close to offering practical answers to what are real difficulties,” he said. “They are simply tinkering at the margins of a major problem which, as long as social distancing and self-isolation are in place, requires a political solution.” Lady Dorrian, the Lord Justice Clerk, is currently leading a working group on restarting jury trials.

One option being considered is reducing the size of juries from 15 people in order to enable social distancing. Margaret Mitchell, chairwoman of Holyrood’s justice committee, said: “In such unprecedented times it is important that we continue to be open minded to innovative suggestions and not limit ourselves to bitesize change. “This will require looking more broadly at the system, with the aim of ensuring justice is carried out swiftly and effectively and of course with the necessary safety measures in place. “The committee stands ready to play its role in this whether through legislation or other options such as the use of other appropriate venues for trials.” The Scottish government said: “The difficult but necessary decisions taken by the courts in order to protect public health have inevitably led to a backlog of cases. “As the Lord President makes clear, we must aim to remain dynamic and agile, and continue to embrace new technologies for the longer term, for a resilient, modern justice system. “A judicial-led working group, chaired by the Lord Justice Clerk, is reviewing the practical and operational requirements for resuming jury trials while complying with physical distancing rules.” The statement added: “We welcome the pragmatic approach taken by all partners and we are currently considering operational and legislative options, such as sentencing powers for sheriffs, which can be agreed to help to address the backlog and mitigate its impacts.” SOURCE: BBC
Previous