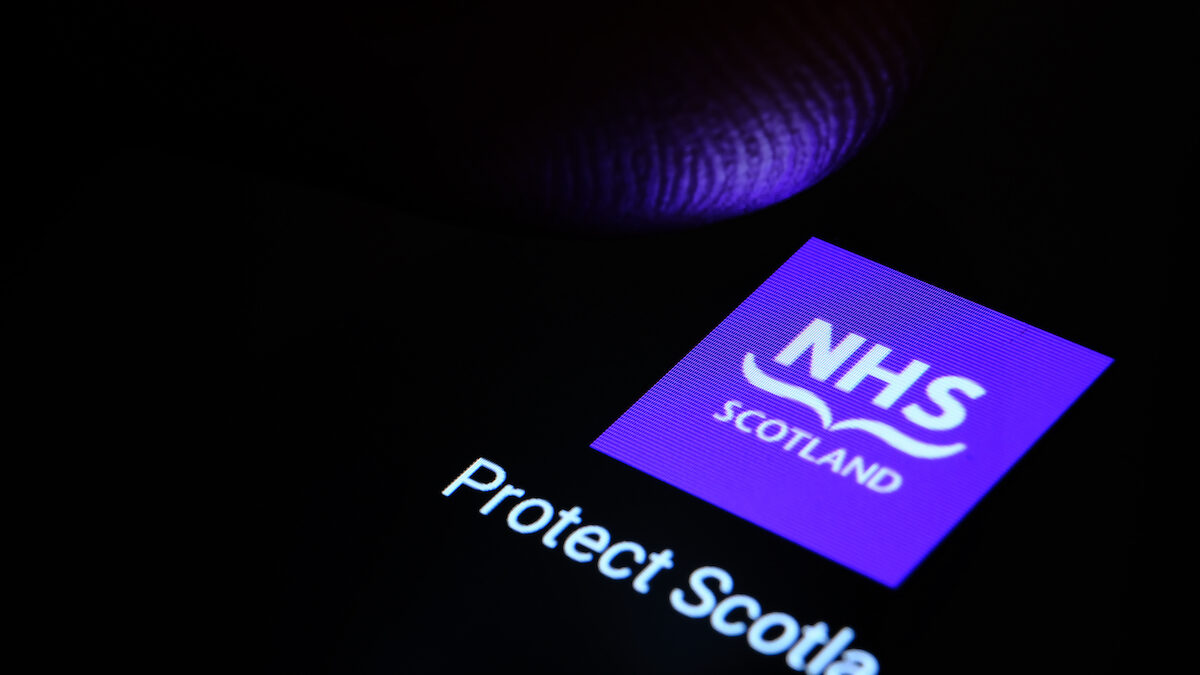 Ministers have been urged to scrap plans to relaunch Scotland’s “failing” contact tracing app as it emerged fewer than two in 10 people are using it properly.

Despite new data showing only 16.8 per cent of unique codes sent to Scots who tested positive for Covid are being input, government officials are considering a fresh marketing push for the Protect Scotland app.

Statistics released under freedom of information (FOI) laws shows that as of November, the total number of codes generated for the app – since launch in September 2020 – was 407,081.

This includes those that were re-sent as replacements for a lost, expired or broken code. During the same period, just 68,355 codes were entered into the app by users.

Every person who tests positive via a PCR or lateral flow test is automatically sent a code by text, regardless of whether they use the Protect Scotland app.

“Messaging is included when they receive their test result. We are considering whether a refreshed marketing campaign is required to support the use of Protect Scotland.”

Murdo Fraser, Scottish Conservative shadow Covid recovery secretary, said: “It is clear SNP Ministers are digging their heels in rather than admitting the Protect Scotland App has had its day.

“This app was very useful earlier in the pandemic but its effectiveness has declined recently.

“Only around 40 per cent of cases are now being reached, and many people are only being contacted by text message. The service has also become less useful now that PCR tests are not necessary to confirm someone has Covid.

“Rather than relaunching Protect Scotland, the SNP would be better off phasing it out and re-directing the money saved towards tackling other problems in Scotland’s NHS.”

Jackie Baillie, Scottish Labour’s health and Covid recovery spokesperson, said: “These dismal figures are yet another blow to the SNP’s failing Covid app.

“This app should have helped deliver vital contact tracing and eased the burden on hard-stretched Test and Protect staff, but it is barely functioning.

“We need to remain vigilant to the threat Covid continues to pose to us all, and that means making sure these systems are fit for purpose.”

Alex Cole-Hamilton, leader of the Scottish Liberal Democrats, said contact tracing has an important role to play in driving down the virus, but the number of people entering their positive test result into the app is “awfully low”.

He said: “While it is thankfully less deadly than previous strains, Omicron is causing hospitalisations and deaths so letting people know if they have been in contact with a positive case is still an important step.

“The Scottish government need to look at whether their ad campaigns are reaching the right people and if they are getting the message right in convincing people to take this seriously.”

The Scottish Government said it was unable to identify who is entering codes and who is not, due to the app’s anonymity. It added that it “cannot make anyone enter a code who does not want to”.

This comes as it is revealed that the government has spent over £1.2 million on the design, development and marketing of the app since its launch.

According to a recent FOI request, £914,844 has been pumped into the creation of the app, while it is anticipated that ongoing costs will come to £43,991 per month.

The app uses Bluetooth technology to anonymously alert users if they have been in close contact with someone who has tested positive for Covid, and advises them to self-isolate.

It was designed to enhance existing Test and Protect contact tracing measures. Users who test positive still get a call from a contact tracer to confirm their details and who they have been in close contact with.

The app does not store details on an individual or their location but uses encrypted, anonymised codes exchanged between smartphones to determine all close contacts.

Close contacts are defined as people who have been within two metres of someone who has tested positive for 15 minutes.

Sign up is voluntary but has been consistently and strongly recommended by the Scottish Government.

To date, it has been downloaded 2.44 million times.

What Cop26 means for climate tech