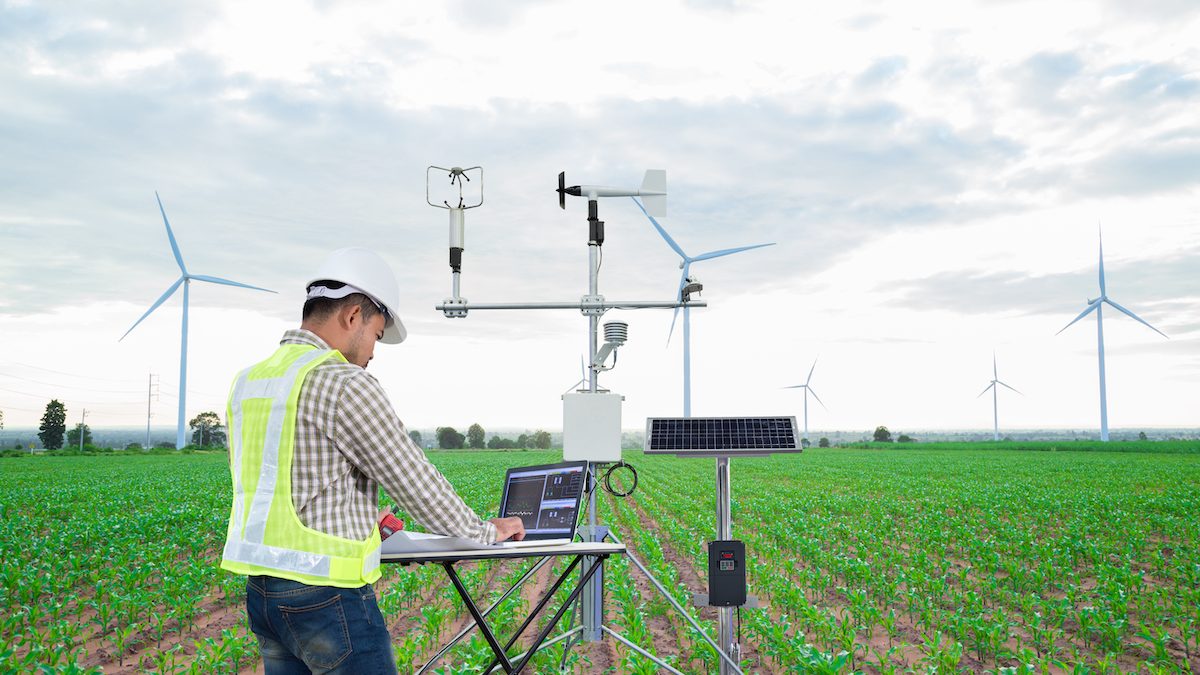 An innovation movement must be launched to double the size of Scotland’s climate technology sector in the next four years, a leading business think tank said today.

The Scottish Council for Development and Industry (SCDI) has called on the Scottish Government to sponsor and lead a campaign to inspire national ambition and action to increase investment in climate tech in Scotland to £250 million by 2025 – twice that of current projections.

The ‘climate tech moonshot’ mission also hopes to achieve “at least one” climate tech unicorn – a company valued at more than $1 billion – in Scotland by the same year.

This vision is one of 10 recommendations to deliver change for climate tech in Scotland unveiled today at a virtual launch of the SCDI’s ‘Innovation Critical – Scotland’s Net Zero Mission and Climate Tech Opportunity’ report.

The new “solutions-focused” document outlines Scotland’s potential to be “a leading innovator and exporter of technological solutions to climate change” and identifies seven challenges for climate tech in Scotland, including ‘how can we close Scotland’s green and digital skills gaps?’ and ‘how can we accelerate the pace of climate tech innovation and adoption?’.

Climate tech refers to digital technologies and their applications which support or enable climate action by businesses, citizens, communities, governments, households or organisations to reduce greenhouse gas emissions or address the impacts of climate change.

According to the SCDI, it is a global market with huge growth potential that presents a major strategic opportunity for Scotland’s economy.

The not-for-profit membership network’s research also finds that Scotland could be best placed to harness new and emerging digital technologies such as artificial intelligence (AI) and data analytics to reduce greenhouse gas emissions and mitigate the impacts of climate change.

The SCDI says the climate tech moonshot movement should be launched ahead of the Cop26 climate change conference in November.

David Kelly, policy manager, SCDI, said at the online launch event: “We need to take full advantage by showcasing who we are and what we can do in the run up to Cop26. We are calling for the Scottish Government to launch a new national innovation mission, which we are calling Scotland’s climate tech moonshot.

“We use the term ‘moonshot’ to refer to highly ambitious or groundbreaking projects to spark big thinking, accelerate action, and encourage an ‘anything is possible’ mentality.”

He added: “We want to inspire and coalesce ambition, action, and collaboration on climate tech by leaders and decision makers, entrepreneurs and policymakers, citizens and communities across all of Scotland.”

Finally, the movement should feature a national campaign to “educate and engage with citizens and communities about the social, economic, and environmental benefits and opportunities of climate tech” in order to “build buy-in” across the economy and society.

The report, which has been supported by telecoms giant BT and trade body ScotlandIS, as well as educational charity the Royal Society of Edinburgh, also recommends Scotland delivers more “agile and solutions-orientated” public-private partnerships across the public sector with the aim of focusing on responding to net zero challenges.

Additionally, it calls on the Scottish Government to launch a new ClimateTech Scotland organisation based on the FinTech Scotland model with a mission to “nurture and grow Scotland’s ecosystem” in support of the climate tech moonshot.

Its role should be to establish and manage a new ‘climate tech accelerator’ as part of a dedicated
climate tech cluster which provides “enhanced and integrated” funding and support for climate tech startups – from tailored advice and protecting intellectual property to networking opportunities and leadership programmes.

Sara Thiam, SCDI’s chief executive, said: “Climate Tech represents a major strategic opportunity for the Scottish economy. This report sets out practical ways we can strengthen and expand our ecosystem to establish Scottish start-ups as leading innovators and exporters of technological solutions to the net zero challenge.

“COP26 in Glasgow will put Scotland in one of the biggest shop windows in the world. We need to be ready to showcase the potential of our budding Climate Tech sector to attract inward investment, create green jobs and fuel clean growth. We’re calling on the Scottish Government and UK Government to work together and with industry, to put Scotland on the map as a living lab for Climate Tech innovation.”

The SCDI’s ‘live lab’ ambition is for Scotland to be a place which entrepreneurs, innovators and investors choose to test new ideas and trial new technologies for climate action.

Dr Mark Dames, BT group head of policy, Scotland, said: “We’re embarking on a period of immense change, innovating at pace and scale to develop digital enabling, low-carbon technologies that help us do things differently. Our ultrafast networks play a vital role in combatting climate change, with infrastructure like full-fibre broadband and 5G mobile networks paving the way for greener ways of life as they support everything from the development of smart cities to the Internet of Things. We hope to see government, businesses and individuals embrace this period of transition and put action on climate change at the heart of their efforts as we strive for a zero carbon world.”

Dr Rebekah Widdowfield, chief executive of The Royal Society of Edinburgh, said: “There are substantial opportunities for climate tech in Scotland if business, government, the wider public sector and citizens work together. This report highlights the entrepreneurial and innovative capacity that exists and the opportunity for Scotland to become a major hub for climate tech and to bring new green investment and create jobs while ensuring that all citizens can benefit from Scotland’s climate tech revolution”.

Karen Meechan, interim chief executive of ScotlandIS, said: “Scotland is a small country, but we have big ambition. We are already leaders in AI and data science, and we have a burgeoning digital sector.

“Climate tech may be in its infancy but has the potential to make a big impact as the report launched today highlights. We are well placed to capitalise on the technology, innovation and landscape that already exists in our country to take the opportunity that climate tech represents and, with the support of government, industry, and academia, create a flourishing ecosystem.”

A Scottish Government spokesperson said: “We share SCDI’s desire to see Scotland develop as a world class technology hub – including climate tech – and will look carefully at the recommendations contained in this report.

“Mark Logan has provided a highly acclaimed industry-led blueprint to help us achieve this goal and on Tuesday an advisory board, comprising some of Scotland’s top entrepreneurs and digital leaders, met for the first time to drive his proposals forward, backed by an additional £7 million in 2021-22.

“In March the Scottish Government launched a strategy to strengthen Scotland’s AI eco–system and establish a Scottish AI Alliance to lead and encourage collaboration and innovation across sectors.

“The first phase of our AI for Good Challenge, run in partnership with Scottish Enterprise, saw six companies share a total of £170,000 to develop concepts to use AI to help address the Climate Emergency. One company, Space Intelligence, successfully progressed to the second phase, receiving £100,000 to further develop its concept.

“In Spring the first analysis of Scotland’s climate tech sector – commissioned by Scottish Enterprise – demonstrated that Scotland has both strength and depth in emerging climate technology.

“Climate tech is an integral part of the Scottish Government’s digital strategy. Addressing the climate crisis is, above all, a moral obligation, but it also presents huge opportunities that Scotland is well-placed to seize as we build a fairer, greener, more prosperous economy.”

The full report is available to read here.

Digital Cities 2017 in association with The Sunday Times Scotland

COP26 brings with it risk of disruptive protests