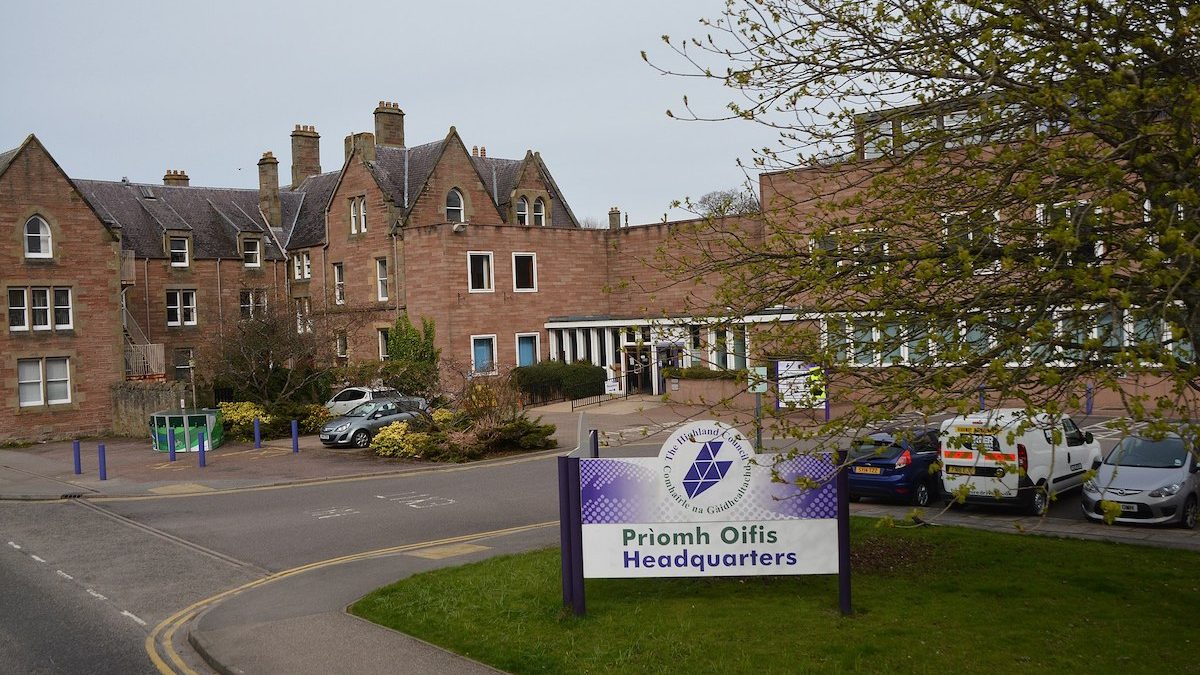 A radical new blueprint has been released setting out a vision for an increasingly collaborative approach to digital services across Scottish local government.

The new Digital Office 2.0 Business plan, released by the Digital Office for Scottish Local Government, has identified a series of priority areas for closer working between Scotland’s 32 local authorities across a wide range of portfolio and service delivery areas, incuding core council functions, as well as health and education.

The report, published three years after the office was established, was written by Chief Digital Officer Martyn Wallace, who is calling on local authorities to support the organisation with greater resource, engagement levels and contribution over the next two years of its existence – a period of extension agreed by all members.

The plan also warns of the disruption to local government posed by private sector tech companies, which are increasingly moving into spaces such as health and education, as they have done with traditional bricks and mortar retail, and sets out a number of key milestones to be achieved between 2019-2021.

-Deploying at least 1,000 Digital Telecare boxes by 2021 as traditional analogue services are phased out;

-Ensuring at least half of all councils are “federated” with each other and their respective health boards using Microsoft Office 365 – enabling them to share calendars, Teams and One Drive by 2021;

-To work with SOCITM Scotland on the creation of a Digital Design Board, which will improve technical assurance of pan-sector programmes and interoperability;

-Co-create a paper with SOCITM Scotland on the “Future Operating Models in IT & Digital”;

-Developing a pipeline of innovation challenges in collaboration with partners such as the Digital Health and Care Institute (DHI), Data Lab, and CENSIS to explore the potential to use digital telecare to re-design care services;

-Inspire and influence key stakeholders in the potential to use (and identify suitable training in) robotic process automation (RPA) and artificial intelligence (AI) to improve productivity and reduce costs;

-Produce a Framework agreement by end of with Scotland Excel of a maximum 3 providers for Robotics Solutions that councils sign up to and share processes with each other by H2 2020;

-Lead with SOCITM Scotland to develop a Digital Foundations (and Services) Maturity model that allows Councils to self-assess their progress in building enabling infrastructure and making use of digital technology to redesign services.

The opening section of the report outlines the political and economic contexts within which local government have been working over the last few years, where austerity and the ‘uncertainty’ of Brexit have constrained budgets, leading to councils having to reconsider the way they deliver services.

It points also to external market forces where private sector operators are starting to impact even more on local government, in a similar way how Google, Amazon and Apple have affected media, travel and retail. With the advent of smart connected wearable devices, consumers can now get a picture of their own health metrics in realtime, which gives rise to a new market on online service provision.

“The latest Apple Watch has sensors that can detect heart problems, and a recent report from the Institution of Engineering and Technology (IET) reports that Health professionals fear that third party “GP at Hand” apps that provide people with better access (through chat and video-calls) to NHS GPs through a subscription-based app (such as Babylon5) threaten to destabilise the NHS. It is unlikely that Council services will be unaffected by similar “digital disruption” from external sectors and disruptive business models in coming years,” the report warns.

Consumer expectations, new technologies such as Internet of Things (IoT) and Artificial Intelligence (AI), present further challenges to the way local government operates, but the report also points to opportunities, such as the ability to control the way services are delivered e.g. street lighting, responding in a ‘smart’ way to real-time peaks and troughs in demand.

The report is also quite candid about its own strengths and weaknesses over the last three years. Its regular events and meet-ups have helped raise awareness of the Office and its services – providing ‘inspiration’ to staff and leaders and its Digital Maturity Framework, assessing councils’ digital skills, leadership and processes, is singled out for praise. It also claims credit for building communities that have been able to ‘share experience and co-develop and co-design common ways of working (for example service design and innovation) that can be used to scale up digital transformation.

On the other side of the coin, the report notes that the programme of work within the Digital Partnership has been too ‘large and complex’ and requires a clearer focus on ‘pan-sector priorities’. It also says the Digital Office team is small and has often struggled to get the resources it needs to deliver its programme of work. As a new member of the ‘local government family’, the plan says that it has taken time to establish itself and its existence has sometimes caused confusion about overlap with other organisations.

Going forward, the report says that the organisations’s priorities should more closely align with those of SOLACE – the body representing local authority chief executives – in order to secure ‘executive sponsorship’ and support. In terms of resources, it recommends the establishment of ”collective and pooled resourcing [that] will help local authorities move to digital methods and tools quicker and at a reduced cost through collaboration”.

And in terms of strategic priorities for the Digital Office, it points to a number of measures including, ‘increasing the awareness of senior managers and leaders about how the innovative use of digital approaches and technology can be (and is being) used to redesign local government services and inspire and influence them to lead change in digital’, and also to increase the focus on digital leadership across portfolios including healthcare and education. At the same time, the Digital Office advocates continuing to build communities of interest in digital approaches, including agile, service design, innovation and around emerging technologies such as Internet of Things (IoT), Artificial Intelligence and data analytics.

In the section, ‘critical success factors for the Partnership’, the report throws down the gauntlet to local authorities, insisting that without adequate investment, staff resource and management, that the goals cannot be achieved. “The success of the Digital Partnership will also be determined by the contribution of local government family organisations as much as the Digital Office itself,” it says.

The report proposes a new structure underpinning the operating model of the Digital Office, which will see the creation of a new governance board and also and the adoption of a phased ‘heartbeat’ delivery approach for new approaches, ways of working, service redesign and the implementation of technologies.

For a full copy of the report visit the Digital Office for Scottish Local Government website here.

We must be smarter about how we utilise tech across public sector, says Scotland’s Digital Director