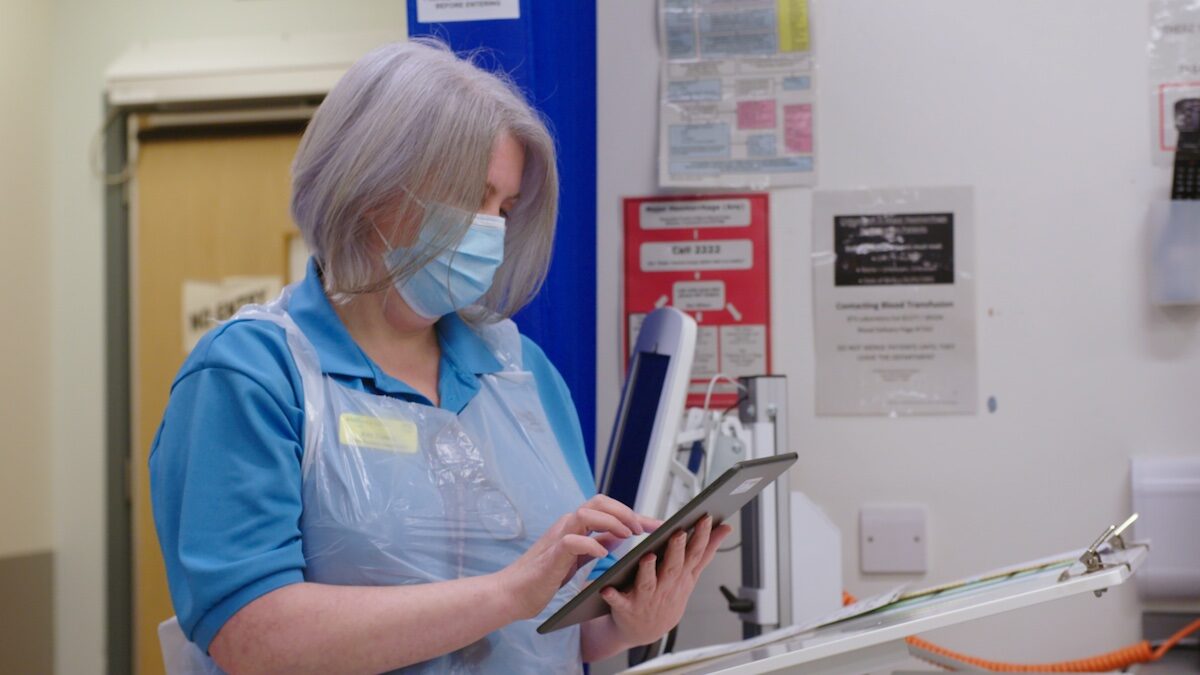 A new major trauma app is helping clinicians in Glasgow to provide ‘vital and timely’ care after it processed more than 500 patients digitally.

The Trauma App has replaced paper-based processes allowing doctors to share information quickly and more efficiently at the point of care.

Major trauma teams at NHS Greater Glasgow and Clyde’s Queen Elizabeth University Hospital and the Royal Hospital for Children have embraced the new app – which aims to replace the current paper trauma booklet.

The iPad app, which has been developed by Daysix, captures patient details and treatment in real time, helping to streamline information and improve efficiency in major trauma centres across Scotland.

After positive feedback from those using the app, clinical trials, which are supported by the NHSGGC-hosted West of Scotland Innovation Hub, are set to continue at both Glasgow sites.

Professor David Lowe, consultant for emergency medicine at NHS Greater Glasgow and Clyde, said: “The Trauma App has been hugely beneficial for our major trauma teams. During major trauma care it is of vital importance that processes are accurate and efficient and the Trauma App supports this.

“As clinicians have played a key role in the development of the app, it has been designed to reflect how we have been trained as trauma clinicians, with the same flow of data. It’s really intuitive and we’re looking forward to seeing how it can be further used as trials continue.”

The roll-out of the West of Scotland Major Trauma Network began last year, with major trauma patients being taken directly to where they can receive specialist care rather than to their closest hospital.

As major trauma centres, teams at Queen Elizabeth University Hospital and the Royal Hospital for Children have been receiving patients from across Scotland with a large multidisciplinary team providing treatment from initial resuscitation to rehabilitation.

While the Trauma App aims to revolutionise the way cases are processed, another positive is there will be no change to high standard of care provided to major trauma patients as the app runs in the background to support specialists.

Robyn Morrison, development fellow in paediatric emergency medicine and trainee lead for trauma at the Royal Hospital for Children in Glasgow, said: “The key thing for our teams is providing the highest standard of care to our patients as efficiently as possible and the Trauma App supports this.

“One thing we have noticed is the speed we can process documentation through the app. As everything is uploaded to the system straight away it also speeds up data input when compared to the paper booklets.”

“It’s so user friendly and also promotes collaborative working, meaning that different teams can update speciality notes on a single case, meaning all notes are clear and accessible.”

As the pilot continues, it is hoped that the app will be rolled out to more major trauma centres and that it could continue to be developed for further use in the field, as part of the initial assessment when teams respond to major trauma calls.

Ben Beaumont, the Trauma App product manager, said: “Working together with clinicians, designers and developers to build a digital tool like this is really something to celebrate and 500 cases is statistically significant. With these volumes, we’re now able to develop analytics dashboards that provides clinicians with actionable insights.

“We’re working with the hospitals to evolve the Trauma App to meet their needs. We’ve learnt that trauma care is complex and quite fluid at times, teams work differently. The app is already really flexible but we can make it even more so.

“The Queen Elizabeth University Hospital and the Royal Hospital for Children in Glasgow have forged a path that will help other hospitals to do the same. All the learnings and development from their experiences can now be shared with new hospitals wishing to digitise their trauma workflow and documentation.”

Medical Visualisation Hackathon to be held at CodeBase