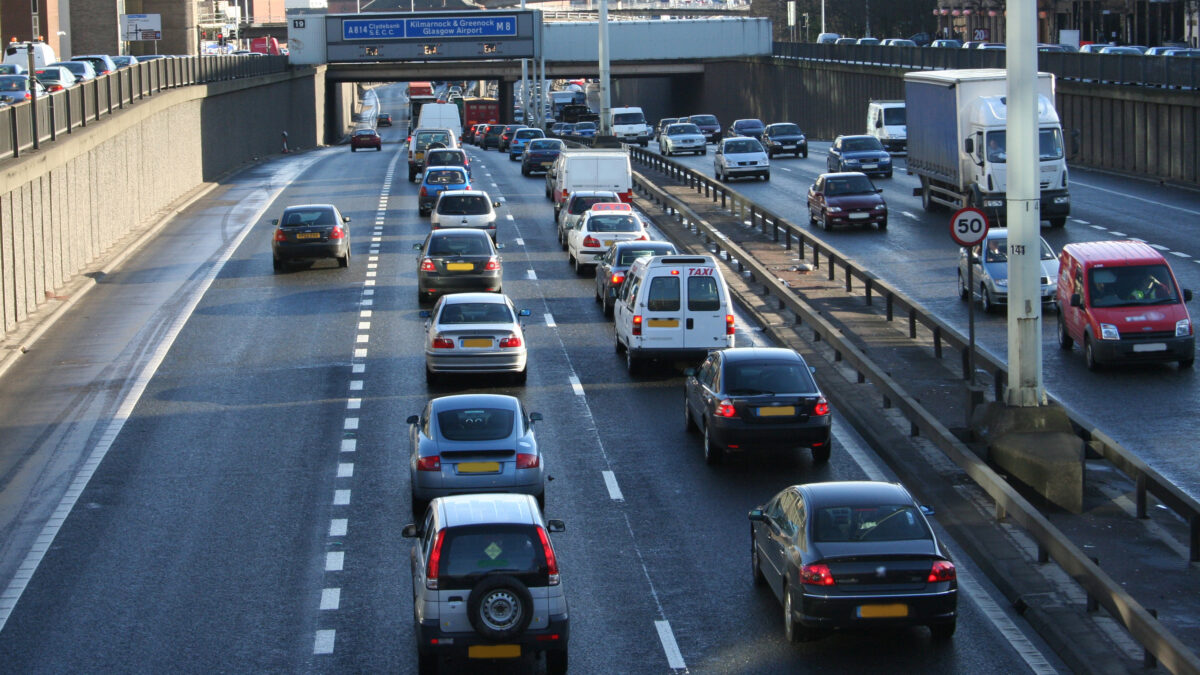 A new state-of-the-art technology centre to be built in Glasgow will feature 350 bike spaces – with just 12 places for cars.

As part of a commitment to a low carbon future, global finance giant JPMorgan Chase has announced it will construct a new ‘sustainable’ building for up to 2,700 employees in the city.

Coinciding with the 20th anniversary of the company’s presence in Glasgow, the building – set to open in 2022 – will be located in Argyle Street, in the heart of the city’s International Finance District. JP Morgan Chase already employs 2,000 people in the city, so the new building will give the company – which has assets of $2.7 trillion and operations worldwide – considerable room for expansion.

The 270,000 sq ft building will contain large open plan office floors across 13 storeys and the project will be developed by Osborne+Co. The development will be one of the first buildings constructed under Planning Policy CDP 5 (Resource Efficiency) of the Glasgow City Development Plan, which sets energy efficiency and CO2 emission performance standards and goes further than other U.K. cities.

The building is targeting BREEAM Excellent certification, the leading sustainability assessment method, in line with JPMorgan Chase’s global commitment to source renewable energy for 100% of its global power needs by 2020. To achieve this, it will include a number of sustainability-focussed features including efficient LED lights, responsibly sourced materials and minimized water consumption. There will be over 350 bicycle spaces but only 12 car parking spaces.

JPMorgan Chase currently employs around 2,000 people in Glasgow and is the largest technology employer and recruiter in Scotland. The city has been home to the firm’s strategic and award winning Technology Centre for 20 years this week. With a 100% focus on technology, it provides vital software development facilities to the firm and its clients. Consequently, Glasgow is a key part of the global technology network that services the full range of JPMorgan Chase’s operations.

Lori Beer, Global Chief Information Officer, JPMorgan Chase & Co, said: “This investment is just the next step in our unwavering commitment to the city of Glasgow. We have enjoyed 20 years of success in the city and this has helped build our global reputation of technology innovation for our clients. JPMorgan Chase is proud to have a site as dynamic as Glasgow, which is testament to the expertise and hard work of our employees there.”

In a corporate release, JPMorgan Chase stated that it is ‘passionate about driving inclusive growth in its local communities’. In Glasgow, the firm helps connect more people with economic opportunity by preparing individuals from across the city, particularly those from underserved communities, for the future of work. Since 2017, the firm has committed over £1 million to connect 2,000 people in Glasgow with the skills that they need to qualify for in-demand jobs.

Alongside a number of current partnerships, over the last six months, the firm has made two major philanthropic commitments:

-The firm is collaborating with Glasgow Science Centre, one of the most active organizations providing Science, Technology, Engineering and Maths (STEM) career guidance in Scotland, to improve the connections of low income youth interested in STEM to employers through a series of workshops and work placements.

-JPMorgan Chase, with Good Things Foundation, in June launched Power Up, a pioneering £1.3 million initiative to help individuals, businesses and communities, including in Glasgow, to participate by helping people in underserved communities build the digital skills that they need to qualify for in-demand jobs

Stephen Flaherty, Managing Director of J.P Morgan’s Glasgow Technology Centre said: “Our new home in Glasgow and our continued investment in jobs, training and development reflects the huge amount of talent available in the city. The technology capabilities being developed by our team here are playing a key role in enabling and supporting our customers and communities worldwide. Our commitment to Glasgow goes deeper still through the work we do with local schools and universities, as well as our recently announced partnership with the Glasgow Science Centre.”

First Minister Nicola Sturgeon said: “I welcome JPMorgan Chase’s continued investment in Scotland through the building of these new and sustainable Glasgow headquarters. With a focus on renewable energy and active travel, the company’s plans are an example to other businesses of how we can move towards a cleaner, greener economy. This commitment sends a strong message that even in these uncertain times, we remain open for business and shows great confidence in Scotland as a centre of excellence for financial services.”

Commenting on behalf of Glasgow’s International Financial Services District (IFSD), Councillor Susan Aitken, Leader of Glasgow City Council, said: “JPMorgan Chase’s decision to establish its Technology Centre in Glasgow 20 years ago was an important stage in the development of the IFSD. Over the past two decades, the spectacular growth of the firm in Glasgow has mirrored the overall growth of the city’s financial services community and its status as one of Europe’s top financial centres.

“We are hugely encouraged by the impressive scale of JPMorgan Chase’s new Glasgow office which offers significant scope for further expansion of its workforce in the city, creating new jobs for our residents, while regenerating a key city centre site. We very much welcome the company’s positive comments and current programs to nurture the talent pipeline emerging from our schools, colleges and universities and look forward to continuing to work closely with them in the years ahead.”

In Glasgow, JPMorgan Chase is currently the largest technology employer and recruiter in Scotland, taking in around 130 interns and 80-90 graduates every year. The firm is passionate about developing strong links with schools, universities and networking bodies across Scotland, helping to attract top female technologists and historically underrepresented groups in the tech field, strengthening the firm’s position as a ‘non-traditional’ technology organization. In recognition of that focus, the firm was twice voted Employer of the Year by Scottish Women in Technology.

JPMorgan Chase also runs a range of programs to boost awareness of technology as a viable career path amongst young people, and to encourage diverse candidates from all different backgrounds and experiences to apply to work for the firm. Two examples are:

-The Tech Connect program provides an application pathway for graduates from non-technical backgrounds by offering a specialized training bootcamp alongside mentoring from senior technologists.
-Generation Tech targets 14-17 year old female maths students from local high schools, setting a task challenging the students to discover how technology can be used for social good.