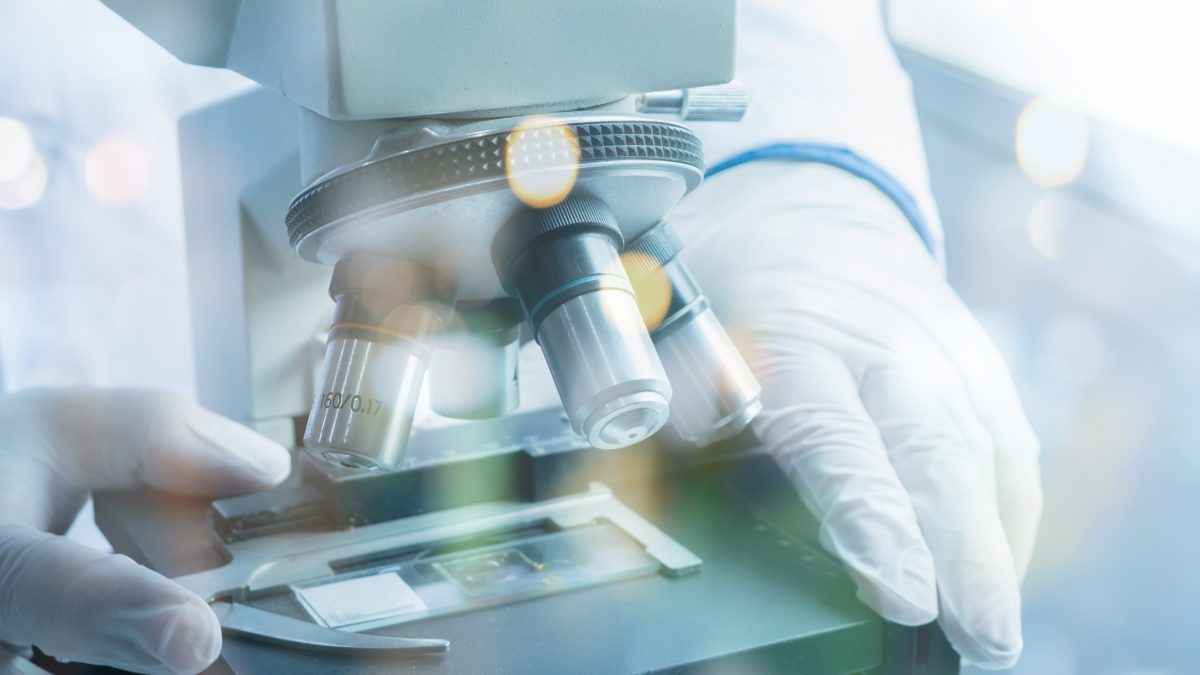 A powerful algorithm used in astronomy and light microscopy has enabled researchers to make a breakthrough in ultrasound imaging – which could lead to much better disease detection rates.

It allows whole organs to be scanned in super-resolution for the first time which, it is expected, will lead to earlier cancer diagnoses and allow medical staff to more effectively target treatments to any malignant tissue. It could eventually replace the need for biopsy altogether.

Writing in the Journal of Investigative Radiology, the team demonstrated for the first time the detection of prostate cancer by mapping the blood vessels that surround it and showing a different pattern to that of normal tissue.

Having demonstrated that it works with live animals, the aim is to start human trials using the new technique in three months (December 2019) at the Western General Hospital in Edinburgh. Prostate patients will be the first to benefit from the enhanced imaging.

The approach is based on CEUS, an ultrasound examination mode that is set to visualise the blood circulation of organs such as the prostate, pancreas or liver with millimetre accuracy, which is typical for most medical imaging.

CEUS imaging assesses vascular flow using the intravenous injection of the gas-filled microbubbles, which can efficiently scatter ultrasound. Their diameter, typically around 2 to 3 μm, allows them to pass through the entire vascular bed. The CEUS mode relies specifically on processing within the ultrasound equipment that enhances their scatter while also suppressing tissue signals. However, after more than 20 years of research in this area, there are currently very few CEUS applications in a clinical setting globally.

The breakthrough, developed by Heriot-Watt University, is an image analysis methodology, translated from algorithms used in astronomy and light microscopy, that employs a bolus or infusion injection of microbubble suspensions at the start of the examination. New features that are tailored for CEUS data and the blood circulation dynamics have been developed for microbubble scatter detection and segmentation, allowing the algorithm to localise them and track them as they cross the blood stream, thus delineating the vascular tree in view.

Dr Vassilis Sboros from Heriot-Watt University led the research. He explains: “Ultrasound imaging is an indispensable tool in medical diagnosis, primarily due to its cost-effectiveness and unique real-time capability. Scotland has pioneered medical ultrasound starting with its invention over 60 years ago. However, the limitations of current ultrasound images mean more expensive techniques like MRI are often employed for diagnosis and treatment.

“MRI doesn’t provide clinicians with more detail but it has generally provided better results than other methods. However, in the prostate for example, biopsy has to be performed as a separate procedure which is more expensive for the hospital and can be both disruptive and distressing for the patient.

“Our new technique has the advantage that it can be done as an adjunct to the ultrasound examination which allows the biopsy to be integrated into it. Due to the super-resolution capability of the image created, we anticipate that the ability of the medical staff to pinpoint, diagnose and treat a range of cancers will be greatly enhanced. We will work to establish the usefulness of our method in the upcoming clinical study. We hope that further research will help expand this method to other applications in cardiovascular disease, diabetes, liver disease and transplant rejection and one day biopsies may not be necessary.

“Until now, CEUS’ use has been limited due to its high inter- and intra-observer variability compared to other imaging techniques like MRI or CT. While existing ultrasound imaging provides comparable resolution to MRI or CT, a number of factors including the equipment type and settings, the patient variability and contrast material has affected its performance. We believe our technique overcomes a large part of these challenges.

“Another key limitation of super-resolution imaging can be the unrealistic amount of time a patient is expected to remain still in a clinical setting. We have overcome this, ensuring the imaging is achievable in a realistic examination period of a few minutes, comparable to existing times.”

The morbidity and mortality associated with a large number of tumours is due to the development of a vascular network that supports them and is responsible for secondary malignant growths at a distance from the primary site of cancerous cells.  Mapping the development of such networks will provide a new tool to clinicians in an effort to better understand and harness the progression of cancer.

Initial images of prostate cancer have been included in the initial study with promising results. Both the density and velocity maps generated show strong correlation with the histological evaluation after surgery. The research team hope their method will be a significant advance in the fight against cancer.

Professor Alan McNeill, Consultant Urological Surgeon at the Western General Hospital in Edinburgh, said: “Prostate cancer is an increasing problem for our society. Whilst we have a number of methods for detecting it, these don’t always provide us with the important information that we need regarding who has cancer that needs to be treated and who doesn’t.

“A method that maps the blood flow of the tumour accurately could well provide new information about the disease state that allows us to better identify those men who need urgent treatment and those who don’t. It is exciting that we will be the first hospital in the world that will assess this method with patients.”

The research was funded by the Science and Technology Facilities Council (ST/M007804/1) project titled: “Imaging the stars from within: Super-resolution contrast ultrasound imaging feasibility”, along with EPSRC, the Medical Research Council and the British Heart Foundation.

The newly created microbubble tracking algorithm processes ultrasound video loops. The algorithm structure is based on single particle tracking software previously used in optical microscopy and astronomy. This detects particles, segments them, localises them and tracks them as they move from frame to frame. This process ensures that a highly accurate particle location is identified and then its path is generated by joining particle locations in consecutive frames. The result can be displayed in particle density, vessel density or vessel velocity maps that contain different structural and dynamic information to aid clinical assessment of the organ’s image.