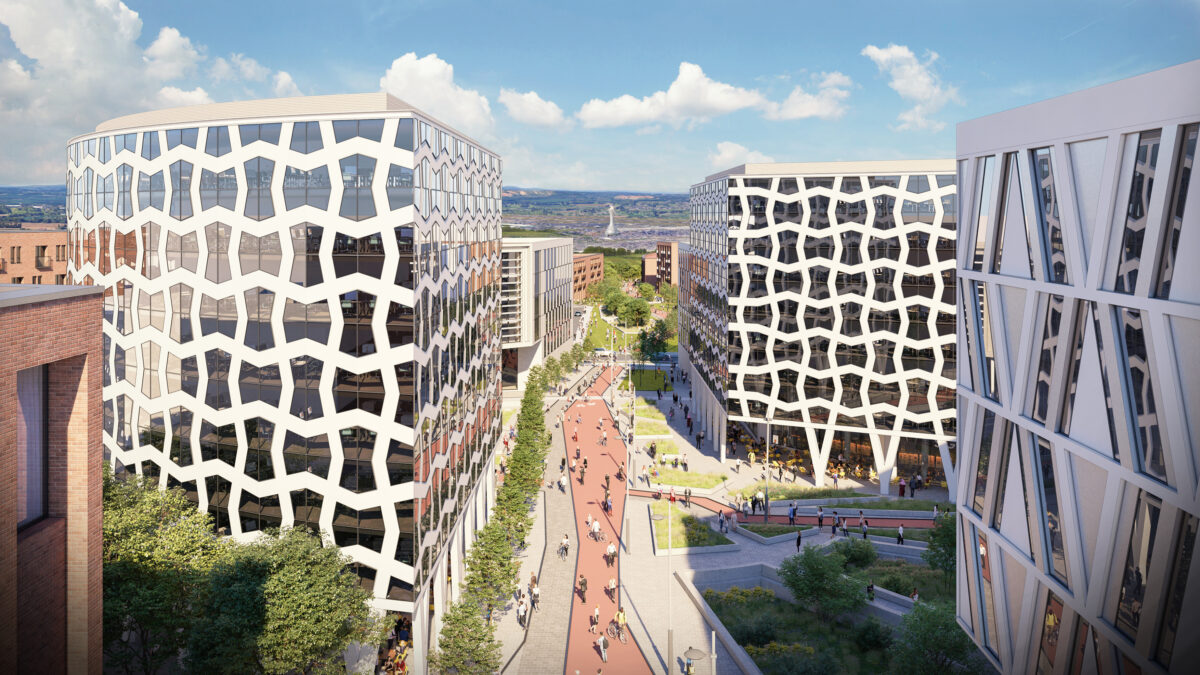 The property developer behind Scotland’s first digital quarter has appointed the former chief executive of Scottish Enterprise to its board.

Crosswind Developments, which is awaiting approval from the Scottish Government on its proposals for Elements Edinburgh – where the dedicated digital hub will be located – has named Steve Dunlop non-executive director.

A Brownfield site beside Edinburgh Airport has been earmarked for the “innovative, inclusive and exciting” community which would create more than 6,600 jobs and nurture Scotland’s tech sector. It is also predicted to boost the country’s gross value added (GVA) by £460m per year.

Dunlop joins the board as Crosswind begins the next phase of its project to regenerate the 30-hectare disused site.

Crosswind chairman Alistair Darling said: “We are delighted Steve is joining us at this important phase of our plan to bring much needed jobs and investment to this strategically important part of Edinburgh. Steve’s experience in terms of planning, economic development and regeneration will be invaluable.”

John Watson, Crosswind chief executive, said: “We have remained committed to building Elements Edinburgh during the global pandemic and are now eager to press on with this redevelopment to bring jobs and investment into Scotland as soon as we are able.

“Steve, alongside our other non-executive directors, will help us build the next stage of our plan and with his experience, will help us refine and shape how Elements will look and the part it could play in helping the Scottish economy recover after the global pandemic.”

Dunlop added: “I am delighted to join the Crosswind board at this exciting stage in the development. As we deal fairly with the economic and social impact of the pandemic, I believe Scotland can really benefit from projects of this type which places jobs, technology, sustainability, inclusion and biodiversity at its core.”

Elements Edinburgh will deliver 2,500 homes and more than one million square feet of new commercial space.

According to Crosswind, the digital quarter will be home to startups, growing small medium enterprises (SMEs) and global technology firms. It will encourage growth in a key industry boosting Scotland’s economy and developing vital digital skills in the local community.

Infrastructure body Scottish Futures Trust forecast 175,000 new digital jobs will be created by 2030. Around 52,500 of these additional jobs are forecast within the Edinburgh city region.

The digital quarter will be an extension of Edinburgh’s ‘Innovation Corridor’ with the airport link attractive to international companies.

Crosswind submitted an application for Elements Edinburgh to City of Edinburgh Council in August 2020. The application is currently being considered by Scottish Government ministers.

Denting the universe; for Apple, ‘everything comes back to its products’