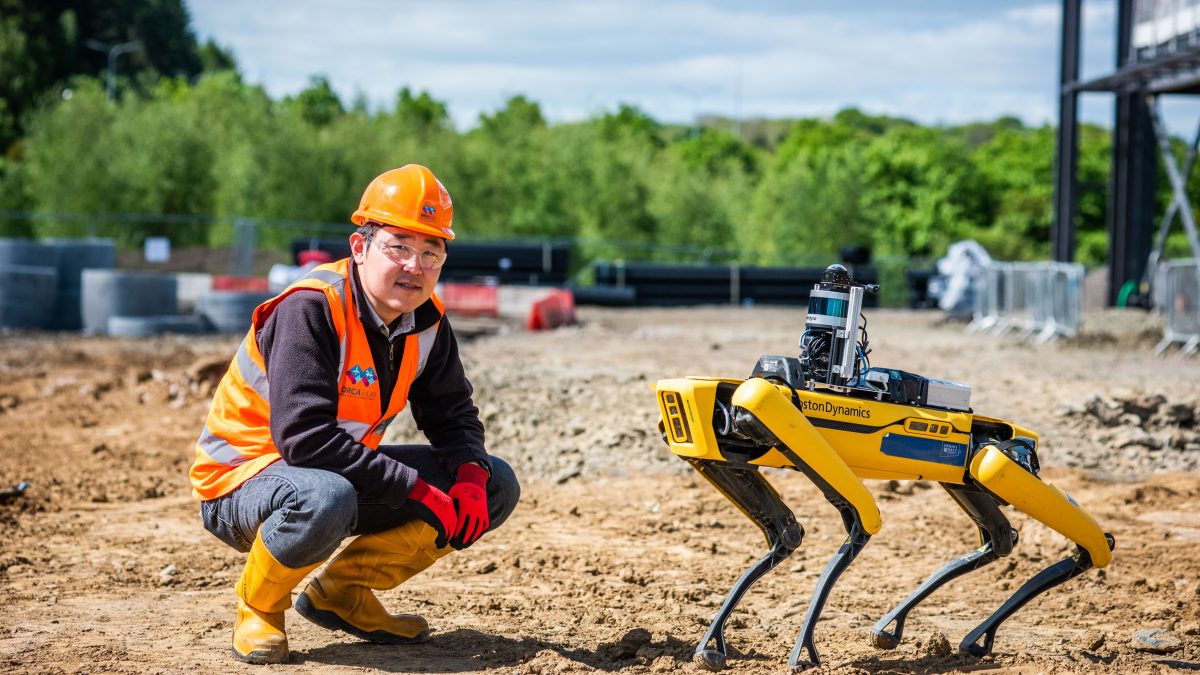 An Edinburgh robotics hub has secured a £2.5 million cash injection to expand its research into making offshore repairs safer and to support other sectors.

The funding will support the Offshore Robotics for the Certification of Assets (ORCA) Hub’s aim to help the offshore energy industry to use robots to safely inspect, maintain and repair platforms, wind turbines, and other infrastructure, guided by human experts on ships or back on shore.

It will also back the research programme’s ambition to harness the power of robotics and artificial intelligence in other sectors, ranging from construction and urban infrastructure through to decommissioning and waste management.

Founded in 2017 and led by Heriot-Watt and the University of Edinburgh, the ORCA Hub, which includes Imperial College London, Liverpool and Oxford Universities, is one of the strategic projects within the National Robotarium.

In terms of how the money will be spent, £1.9m of the UK Research & Innovation (UKRI) investment will fund an extension of ORCA Hub’s activities to see if technologies and processes developed by the team of researchers can be used in other industries.

The remaining £600,000 will be used to help deliver six demonstration projects with industrial partners, including the inspection of wind turbine foundations and the deployment of ‘industrial internet of things’ sensors.

Yvan Petillot, professor of robotics and autonomous systems at Heriot-Watt University and co-academic lead of the National Robotarium, has been appointed as the ORCA Hub’s new director.

He takes over from Professor David Lane, founding director of the Edinburgh Centre for Robotics, who will continue to support the hub as an advisor to its independent steering committee.

Professor Petillot said: “Robots have the potential to carry out inspection and maintenance in hazardous environments, reducing the risks of putting divers into the water in harsh conditions or workers operating at height on wind turbines. Finding ways to combine the flexibility of autonomous robots with remote human operators has been one of the key strands in my career over the past 20 years.

“The long-term industry vision is for a digitised offshore energy field, operated, inspected and maintained from the shore using robots, digital architectures and cloud-based processes to realise this vision. However, the recent pandemic has highlighted a widespread need for remote operations in many other industrial sectors.

“The ORCA Hub has built a community of roboticists and expertise during its initial phase. This funding extension aims to accelerate the translation of the research into our existing industry network, working with companies including Wood, EDF and Ross Robotics, while expanding into new sectors by adapting the current research and tackling the novel challenges these sectors bring.”

During its first project for the ORCA Hub, the Spot robot will be deployed on construction sites, collecting data and measurements in real time. This will allow multiple parties, regardless of location to access and review the data, building greater understanding of the construction process and allowing companies to identify new efficiencies, potential hazards and quality control measures.

“Robots can help us to reduce waste, safely manage new infrastructure such as solar energy and offshore wind, and better monitor and protect our environment.

“The UK Government is building back better from the pandemic, supporting cutting-edge research across the entire UK and investing £21 million in the National Robotarium as part of the ‘Edinburgh and south east Scotland city region deal’.”

Professor David Lane added: “Since the ORCA Hub was launched, its successes have been wide ranging from launching tech that can help humans and robots to speak the same language to autonomous drones that can inspect offshore turbines.

“However, research of this type can only have impact if it is driven by and addresses specific industry needs. Significant industry engagement has been achieved since 2017 with 68 individual research projects, PhD sponsorships, user engagements, and supply of equipment, hardware, software, data and asset samples taking place with a further 16 projects currently in discussion or pending approval with an estimated value of over £6m. We’ve spun-out a company and two more are in the process of spin-out, alongside two patent applications enabling developments to be licensed to companies.”

Engaging with the public has also been an important objective with events reaching over 15,000 members of the public.

Simon Reeve, chairman of the ORCA Hub’s independent steering committee, said “The Hub’s success to date has been greatly helped by the contributions of a wide range of specialists overseeing its strategic direction. An international scientific panel supported the early stages of the Hub, while an industry panel reviews and guides the application of the new technologies.

“Our independent steering committee is made up of international specialists representing government, public and private sector organisations across a wide range of sectors providing fresh perspective and the best possible support to achieving the hub’s objectives.”

Andrew Tyrer, challenge director – robotics, Industrial Strategy Research Fund, said: “The funding is crucial to widening the scope of our work. With net-zero ambitions underlying industrial plans in every sector, and the chance to rebuild new industries after the pandemic, robotics, AI and automation are vital ingredients for the future.”

A series of webinars exploring the work of the National Robotarium launches on 17 June at 10:30am.