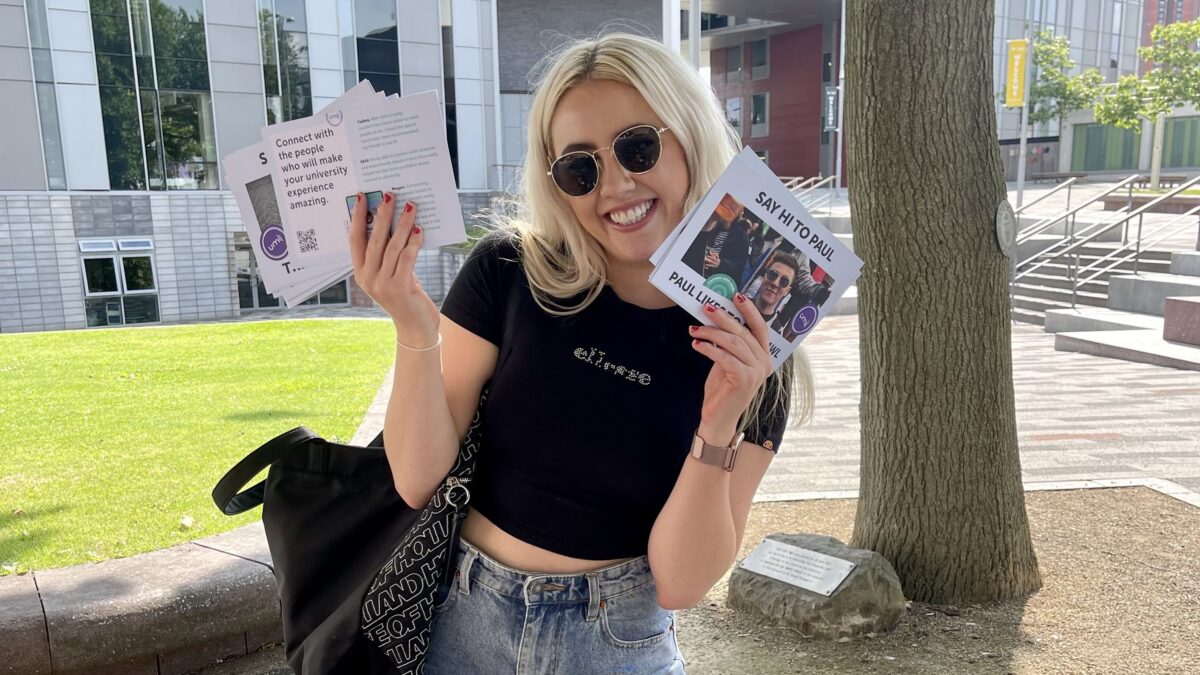 A new Glasgow-based app is aiming to tackle a looming crisis of students dropping out of university without a qualification owing to the devastating social effects of the pandemic.

One in 10 undergraduates starting at Scottish universities in September are set to quit according to some number crunching of official stats by Umii – a new app to combat student isolation and loneliness.

Georgia Wheadon, the entrepreneur behind the app – which connects like-minded students – has calculated that 4,568 students may quit before they graduate.

Wheadon’s company is hoping to tackle the crisis in Scotland’s higher education sector by helping students to make friends.

Umii’s forecast – which Wheadon says is an “underestimate” – has been made following its own market research and combines data from higher education data experts Higher Education Statistics Agency (HESA), Universities UK and IFF Research.

The last reported hard data from 2018-19 reported a 6.7 per cent drop-out rate across the UK but universities up and down the country fear the impact of the global pandemic and its effects on students’ university experience will push this figure to 10 per cent.

That number is predicted to rise further for the coming academic year’s new intake, as the public health crisis has hampered universities’ ability to offer a rounded and engaging student experience to new learners.

This is not only “catastrophic” to the higher education economy and the regions those institutions support – each student drop-out costs a university up to £27,750, or as much as £300,000 per international student – but also has a long-term impact on the lives of those individuals.

Umii – which is a play on the word ‘uni’, with the two i’s representing two people meeting – has begun to tackle this crisis following its founder’s own university experience and her desire to improve student experience for future generations.

The software is currently being trialled at Abertay Students’ Union and the startup is in talks with other Scottish universities.

Wheadon, a recent graduate of Leeds University, said: “I found that I didn’t click with the housemates I had been placed with and there were few resources to help me connect with more like-minded people. Being a joint honours student also meant that I saw different people every day, making it difficult to grow close to anyone.

“Pre-pandemic, almost half of UK students (46 per cent) admitted to having feelings of loneliness during their time at university, and a whopping 37 per cent considered dropping out altogether. Through our work with universities and student unions across the country we know that these figures are being exacerbated by the pandemic.

“Isolation and loneliness are on the rise among this current cohort, leaving them in danger of becoming a lost generation. I founded Umii to offer a simple and effective solution to reduce university drop-outs and deliver a better experience for students.”

On the Umii app – which has been downloaded by over 8,000 users across the UK – students create a personalised profile which is only shared with other verified student profiles at their university. This ensures safety when talking to people online.

Students get three to five matches a day based on their interests and course types, helping even the less outgoing students to create and build a connection. The app also includes a list of contacts to mental health and wellbeing resources specific to each student union and university.

Universities and student unions across the UK are subscribing to their own private Umii networks to offer students a “safe and intuitive” way to match with fellow students whom they may otherwise never have met in a city of millions.

Wheadon said: “We built a simple interface to solve one specific problem. It connects individuals rather than groups, which is less daunting for more introverted and isolated students. And the technology uses parameters based on personal data including academic and hobby interests, as well as offering connections to support services if needed. During the past year of lockdowns, some of our users have reported that without Umii they wouldn’t have a single friend at their university.”

Wheadon added: “The total cost of higher education non-continuation is estimated at more than £200 million a year and growing, and universities are seeking new ways to stem the flow. While traditional touchpoints have been whipped out from under them by Covid restrictions, technology has proven to give vital support to at-risk students and ensure their university life is sustainable. As well as minimising drop-outs, Umii also gives universities access to a rich source of opted-in, personal user data in order to better tailor services and offerings to their current and future students, and improve their league table performances.”

Infralink: a helping hand for telecoms