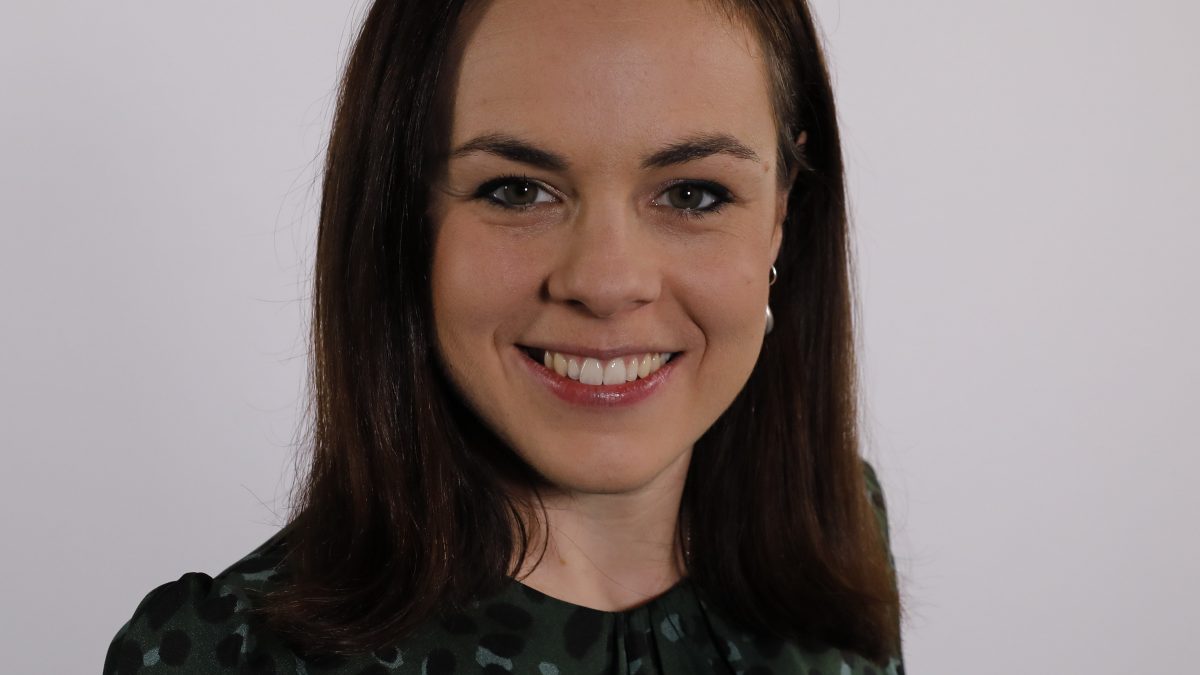 Kevin O'Sullivan, February 18, 2020 3 min read
Scotland’s tech trade body has congratulated Kate Forbes on becoming the country’s first-ever finance secretary. ScotlandIS said it was also ‘delighted’ that Ms Forbes, 29, will also retain the digital economy role as part of her portfolio. The SNP MSP for Skye, Lochaber and Badenoch became Minister for Public Finance and Digital Economy in June 2018. She was announced this week as the replacement for Derek Mackay, who resigned from his role in disgrace after revelations about his private life. Last week, she stepped in to deliver the budget at the Scottish Parliament on the day lurid newspaper allegations emerged about Mr Mackay bombarding a 16-year-old with social media messages. Ms Forbes, a Cambridge University graduate, was an accountant prior to entering politics in 2016, giving her first plenary address in Gaelic. As digital economy minister, she has been lauded for her grasp of the tech sector, and has called for greater use of data in the public sector. She is also overseeing development work towards the launch of a national strategy for artificial intelligence, which is expected to be ready for the Programme for Government in September. Ms Forbes has also called digital ‘the best job in government’ and harnessing data has the potential to solve some of the biggest challenges societal challenges, including climate change. She and colleague Fiona Hyslop, who takes on a the role of Cabinet Secretary for Economy, Fair Work and Culture, were described by First Minister Nicola Sturgeon as “incredibly talented” colleagues after a mini-reshuffle forced by Mr Mackay’s abrupt departure. Jane Morrison-Ross, CEO of ScotlandIS, said: “We are delighted that Kate Forbes has been appointed as Cabinet Secretary for Finance and equally delighted that she retains the Digital Portfolio. Kate has been an active advocate of the digital technology sector in Scotland and we are very happy to see a young woman appointed to this senior role. Her delivery of the budget showed just how capable she really is.” First Minister Nicola Sturgeon said: “These appointments bring new talent into government and deliver a real focus, not only on driving forward our economy, but also on addressing the challenges of Brexit, increasing our population and ending Scotland’s contribution to the climate crisis. “I am pleased to make these appointments and – in particular – to be able to put Scotland’s finances and Scotland’s economy into the hands of two incredibly talented colleagues. “Fiona Hyslop has been an outstanding Cabinet Secretary, delivering a successful expansion of Scotland’s overseas presence and recognition, supporting our booming tourism industry and demonstrating the huge importance of culture – not just to our economy, but more importantly to who we are and how we see ourselves. “I know she will bring that drive, passion and sharp focus to Scotland’s economy. Working alongside Kate Forbes as the Cabinet Secretary for Finance, she will continue to drive forward our economy, support our key industries and maintain Scotland’s long tradition as an outward-looking, dynamic and enterprising nation.” Ben Macpherson was appointed as Public Finance Minister, and will make the case for Scotland to have a distinct migration policy to the rest of the UK, as well as working on climate action and the wellbeing economy.
Previous

More than 700 pupils given lesson in cyber security

Supercomputer hub in Edinburgh to benefit from £3.5m investment