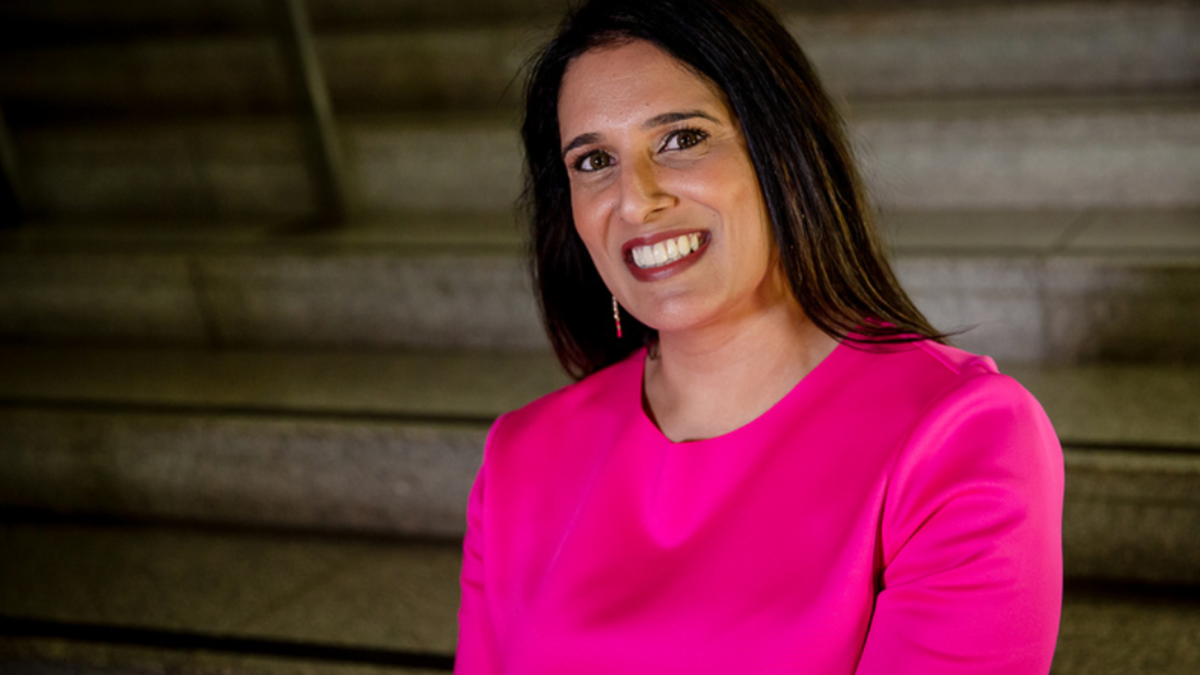 Scotland’s technology industry is skyrocketing. In 2021, it generated revenues of £21.6 billion – accounting for 7.4 per cent of the £293.2bn total Scottish private sector turnover. In the same year, Scottish tech companies raised £446 million in venture capital investment, a new record.

But, when it comes to gender diversity, we’re still waiting at the launchpad. Currently, women make up just 20 per cent of digital roles in Scotland, a figure that has remained depressingly inert over the years.

It’s an old problem to which new solutions are required – and one which global tech company Leidos is determined to address.

Through its UK Women’s Network, the firm – which specialises in public sector IT – is running a series of innovative initiatives to attract more female talent.

One such enterprise is the ‘gender decoder’, introduced by the group to empower more women to apply for roles by changing the language used on job advertisements.

Silka Patel, chair of the Women’s Network and social value manager at Leidos, says: “Every single job advert now goes through a gender decoder, which means that the language is either neutralised, or ensure that more females feel comfortable applying to the role”.

“A simple adjustment like that means that you’re changing the dynamic of your recruitment.”

This is vital, she says, because Leidos is in a “tough” sector when it comes to attracting women. “We’re not only just in technology, but one of our core growth markets in the UK is the defence sector, also a traditionally male sector.

Patel, who has over 22 years’ experience working in technology firms, three of them with Leidos, says: “These are small things that the Women’s Network are able to influence and have a ripple effect across the business including retention of female staff, another concern for tech companies attempting to boost their gender diversity.

Research by Accenture and Girls Who Code found that, in the US, half of women who start their career in tech leave by age 35. In addition, research shows that 20 per cent of those in management say their biggest concern is retaining staff in tech.

One innovative approach taken by Leidos to solve the issue – and improve the work-life balance of all its staff – is called ‘dynamic working’.

It was introduced by the firm in 2018 after research found that a flexible working policy can improve engagement and motivation, leading to improved productivity and retention.

Patel says: “From the day you arrive at Leidos, you are trusted to do the job that you need to do in the time that you should do it in allowing colleagues to make time during the week for personal appointments”.

“That’s where the Women’s Network came in and said, ‘We’ve got this fantastic way of working, why are we not shouting about it?’ Because this will empower women to look at Leidos differently.”

And in a bid to better accommodate the specific health needs of women, the network is also in the process of a launching a first-of-its-kind menopause policy. “More than a third of the women in Leidos are at the stage of their life where they will either be thinking about menopause or dealing with menopause. That is huge. And if we go around ignoring it, pretending that it’s not happening – we’re part of the problem.”

The women’s health strategy will also encompass issues such as parental adoption and miscarriage – topics which have historically been considered taboo in the workplace.

To avoid “preaching to the converted” and truly have an impact – the network is urging men to take part in the sessions, too.

Patel says: “Our training is going to be mandatory for all the managers, and available to all, because you cannot make an assumption that because you’re a man, you’re not going to want to know about some of the trainings.

“And in fact, it’s the men that help move the needle – they too may have partners and wives at home, who could be going through the change. And therefore, it’s important to make the language of the training inclusive, so that men don’t feel uncomfortable to have these discussions. So it’s creating that cultural environment of acceptance, that it is okay to talk about menopause at work.”

Men are also encouraged to attend the online training sessions which the Women’s Network regularly runs in collaboration with its clients – including the Scottish Government, Scottish Parliament, Home Office and Ministry of Defence – to raise awareness of some of the key issued faced by women in the workplace.

One of its most popular sessions looks at setting boundaries – “women notoriously say yes to lots of things” – while another explores the “unspoken” politics of navigating the corporate workplace as a woman. “Because there’s no training course on that. And no one ever tells you that – you have to kind of figure it out yourself.”

The efforts of Leidos align with those of the Scottish Government, who launched Equate Scotland in 2006 to promote and encourage the advancement of women in science, technology, engineering and maths (STEM) careers.

The government is also making progress on closing the gender pay gap through its funding of ‘Close the Gap’, which aims to improve employment practices and support educators and young people to challenge gender stereotyping in subject choices and careers.

The gap is an issue which the company is committed to resolving through its diversity initiatives. “We’re not trying to sugarcoat it,” says Patel.

And significant progress has been made. During the last year, 36 per cent of Leidos’ promotions were female, while it has achieved a 24 per cent rate of female hires.

The Women’s Network is also leading efforts to strengthen the pipeline of female talent – a key issue faced by the tech industry – by targeting school and college students who are making key decisions which will determine their future careers.

Patel says: “It’s at that pivotal point that you want to make sure you’ve got as many female role models doing the jobs of the future in front of them.”

In essence, she says, you can’t be what you can’t see. “That’s why we’re putting our best females forward, so that they do see that gender diversity, and we can start to bring the pipeline up in the first place.”

How the Scottish public sector can unlock the value of data