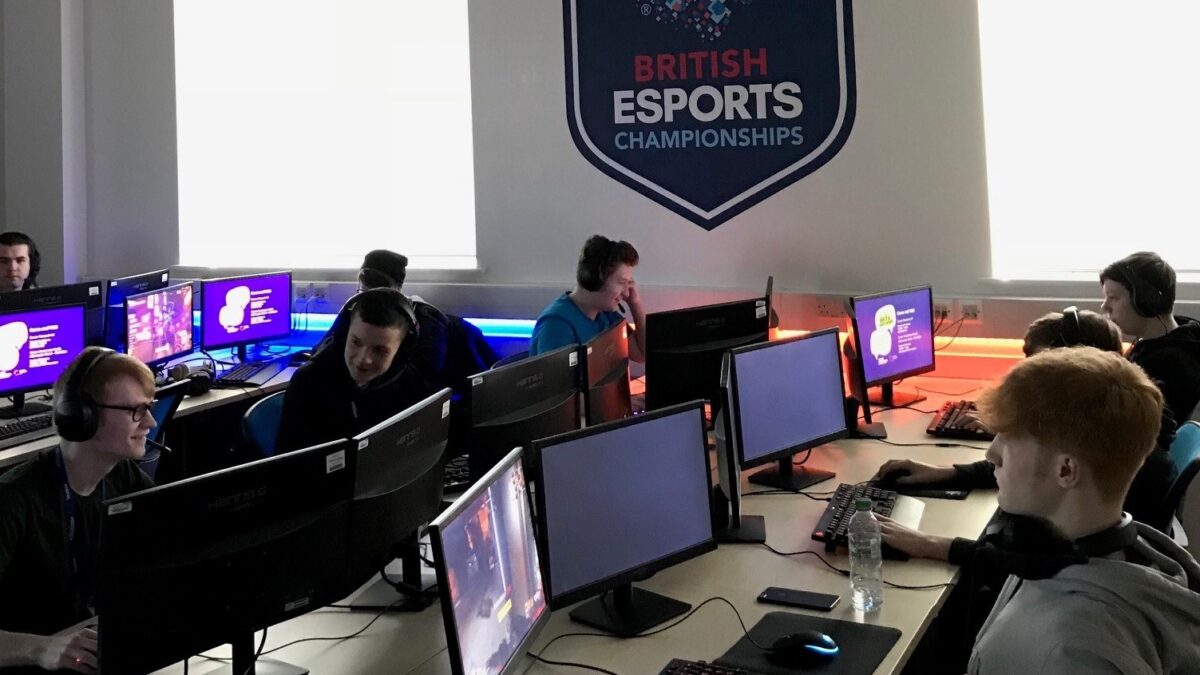 The surge in global popularity of online video games – or so-called electronic ‘esports’ – is starting to open up opportunities for new skills and careers development in Scotland’s education sector.

According to an esports expert, the recreational pasttime not only teaches young people vital digital skills, but creates pathways for those seeking roles in the tech sector.

Esports differs from traditional gaming in that it is competitive and there is usually an interactive spectator element. There is also a lot of money up for grabs – at an amateur level, prize pools in UK vary from a few thousand pounds to nearer £20,000 for the top tournaments.

And it is growing in popularity – the value of the global esports market will reach $1.9 billion (£1.3bn) in 2022, representing an annual growth rate of 20.7 per cent.

Mark McCready, Scottish liaison officer at the British Esports Association – a UK-wide organisation which supports the burgeoning leisure pursuit – is currently in talks with three quarters of Scotland’s colleges in a bid to highlight the benefits of gaming.

“We’re not really encouraging young people to play more video games. We already know they play a lot of video games. What we’re really doing is bringing them in to work as a team and they’re working on their teamwork and leadership skills within that. They’re communicating constantly with each other,” McCready says.

“Some of these games actually promote your memory recall, it’s all about your dexterity as well with your reaction times, and even things like your analytical skills – you need to track what’s happening in the game, you need to be able to communicate all these things back and forth. So, you’re really not just developing digital skills, you’re also developing your digital literacy at the same time.”

Esports in education can also support and encourage young people who don’t know what they want to do after school, helping prepare them for a career in the digital industries. But how?

McCready references data science as an example. He says: “A lot of these games follow a North American sports style, where everything’s based around statistics and analytics. So… you can start to imagine all the different variables and data points that you need to collect and process.

“And that also is a practical experience that can be used within the classroom, as an example. So there’s a lot of great examples and practical opportunities within esports as the extra-curricular opportunity that can stem into the curriculum as a whole.”

He adds: “By bringing [games] into an educational environment, [students] can speak to the right people, and they can get the correct advice and support on how they can navigate their own career path or academic path.”

Last year, the British Esports Association partnered with the College Development Network to drive the introduction of esports in higher education.

This has had a positive influence on “where we’re wanting to be going in education in Scotland”, McCready says, and the number of colleges showing an interest in esports is increasing month on month.

This “big push” to connect the esports and education sectors in the last year comes after the release of an esports qualification co-developed by the British Esports Association and global education publisher Pearson.

The BTEC qualification is this first of its kind in the world and has been approved in over 160 colleges in UK and worldwide.

McCready also credits the pandemic with sparking an increased interest in esports after highlighting the importance of digital skills.

Schools are “quite keen” too. In the past month, McCready says, he has spoke to over 25 teachers across the country. But there are “barriers” preventing esports from being easily implemented.

For instance, the ICT suites in many schools don’t support gaming. Investments in software upgrades or graphics cards – an expansion tool which generates a feed of output images to a display device – are necessary.

This could just be the beginning of an esports revolution. Earlier this year, the plans for a new 4,000 seat esports arena were unveiled in Dundee, which will cost between £40 million and £60 million.

The new venue, due for completion by 2024, will be sited next to Slessor Gardens and close to the V&A museum in the city, and will feature an esports academy for further and higher education, alongside conventional leisure, indoor sporting events, retail and a workspace.

McCready says: “I think it is really exciting to see – and I think that the important part is, it’s the only [arena] in the UK that had esports within the business proposal.

“I think a lot of people are looking at it and saying ‘it is just a video game arena, what good is that going to be?’ But when you watch esports broadcasts, you see just the amount of quality and effort that’s put into the production behind it. And to be able to have that in Dundee in the heart of the gaming industry in Scotland is a fantastic opportunity.”