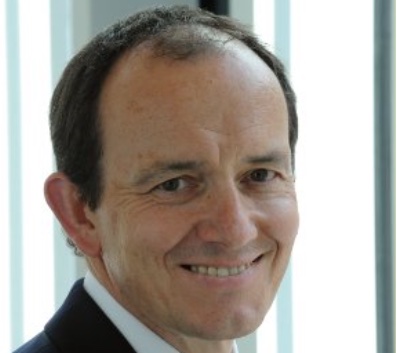 Derek Waddell, who has been appointed interim CEO at The Scotland 5G Centre/Supplied.
Connectivity

The national innovation centre for next generation mobile connectivity has announced the appointment of an interim CEO to lead it into its ‘next phase’.

Derek Waddell takes over the reins at The Scotland 5G Centre following the departure of Paul Coffey.

Waddell has extensive expertise of carrying out interim roles and in helping innovation centres make a step change in their growth journey.

His recent interim positions include director of technology transfer at University College Cork; head of commercialisation, enterprise and investment at the University of Strathclyde; and as the Director of Converge. He has also previously been CEO of Edinburgh Research and Innovation.

The Scotland 5G Centre has made vast progress since its inception three years ago. It has moved from predominantly a research and development role, having funded three ground-breaking projects which have delivered an economic return in excess of £30m, created high-quality new jobs, a spin-out company and a toolkit to support increased digital adoption.

During these three years, the centre has established the S5GConnect Programme with five urban and rural S5GConnect hubs now deployed across Scotland and two more to be announced soon. Now, the Centre is making its next step to target support for Scotland’s industry, public sector, and communities to enable them to harness the power of digital transformation.

These innovation hubs are the local focal points that will give Scottish organisations access to cutting edge 5G mobile private networks, providing an opportunity to test new 5G enabled products, services, and solutions.  This in turn may lead to improved productivity, cost savings, better routes to market, better community connectivity and help to level up the digital divide.

A spokesperson for The Scotland 5G Centre said: “Paul Coffey has stepped down as CEO after 2.5 years of leading The Scotland 5G Centre.  Paul believes now is a good time to handover the reins to a new leader at S5GC, with funding for S5GC secured to March 2024.  We have appointed Derek Waddell as interim CEO to lead the Centre into its exciting next phase.

“We are appreciative of the effort that Paul has put into the Centre during his tenure, and wish him success in his future accomplishments.”