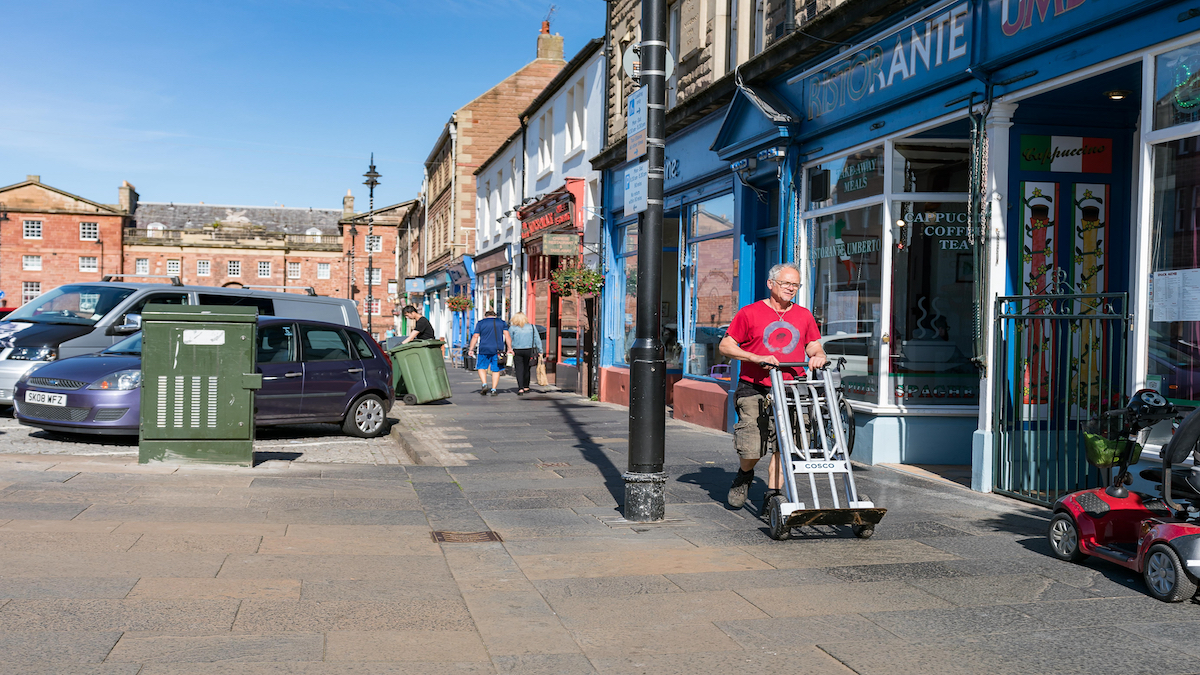 A new ‘digital footfall’ scheme has been launched in an East Lothian town this week by a volunteer tech army in response to the devastating impact of Covid-19 on the high street.

The pilot project, orchestrated by the Scottish Tech Army (STA), was kicked off in Dunbar on Monday 26 April with the support of East Lothian Council.

SOLE Scotland has been designed to support local economies by putting ‘every local organisation and business’ online in a single location accessible to both local residents and visitors to the area.

It is hoped it will complement the real-world towns and cities across the country, driving digital footfall to Scotland’s town centres and helping pandemic-hit communities survive and thrive.

The project will be managed by community groups and allow town residents to better support local businesses.

Alistair Forbes, founding director and chief executive of the STA, announced the launch of the digital footfall scheme today at the STA’s ‘tech for good summit’.

He said: “Clearly many local businesses have suffered very severely under the constraints they have had to operate under for the last year. We had many requests for many communities across Scotland, asking could we help to enable those organisations to trade online and to be able to have local citizens supporting local business.

“[SOLE Scotland] is a project we have been working on for more than six months now with a technology partner of ours… and we were able to complete the launch of that as a pilot in Dunbar, in East Lothian, which went live on Monday this week, with the support of East Lothian Council, and it’s designed as a single online community portal that can be used by the individuals, the organisations and the businesses in these communities, to be able to engage, to interact and transact with each other all in one place.

“Enabling all these organisations and businesses to get online, on the same platform, in a consistent way, making it much more accessible and easier to use for the citizens in that place.”

The first ‘tech for good summit’ conference was delivered online today on the one-year anniversary of the not-for-profit’s launch.

The STA was established in April 2020 to recruit volunteers from the Scottish tech community to use their skills to develop solutions to support organisations that were in the front line of dealing with the impacts of the coronavirus pandemic.

Forbes also revealed at the online summit that the total value generated by the STA since last April is estimated to be £925,000.

He said: “There were four categories of value that were considered in the analysis, the first of those was the value of the time offered by the volunteers, the second was the incremental benefits to the organisations that were being supported through the solutions that were being delivered to them, the third area is the value of the management team contribution, from within the STA, and finally the fourth category is the incremental skills gained by the volunteers in the STA, through schemes that we’ve put in place for mentoring, peer support, and ongoing learning and knowledge sharing amongst the community.”

Keynote speakers at the event today included Shonaig Macpherson, chair of the Robertson’s Trust, and Amanda Renteira, the chief executive of Code for America.

SOLE Scotland has been developed alongside Optimum Capacity Solutions, a technology services company which is now the exclusive deployment partner for the platform in Scotland.