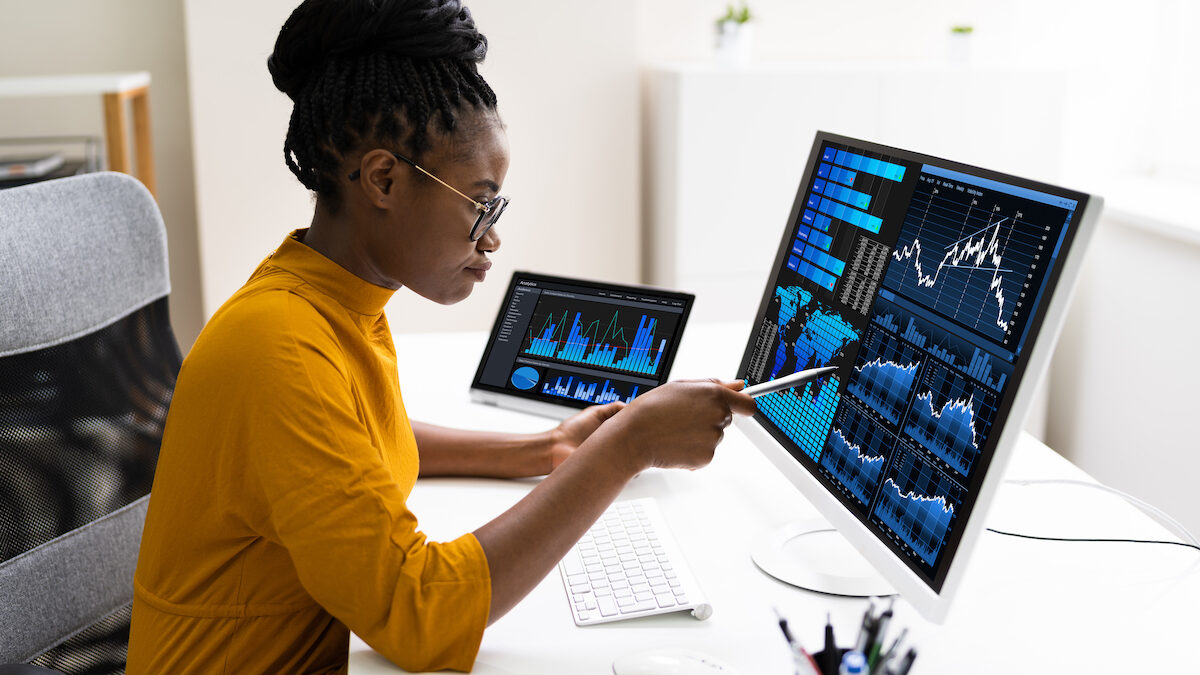 Women sweep the board at Scottish software engineering awards

A student from the University of St Andrews has been named Young Software Engineer of the Year 2017. Gala Malbasic won first prize for a project using sensors to replace complex keyboard sequences with gestures, using the whole surface of a laptop or tablet.

Second place was won by Orisa Ngampakdeepanich from the University of Edinburgh for her project developing an app to stimulate play-based learning for children with autism spectrum condition. Irina Camilleri from the University of Strathclyde won third place with a mapping technique for cyclists using sensor based crowd sourced data.

The Leidos Software Engineering Project Award went to Amy Parent from the University of Abertay for developing a reusable technology system for high-altitude balloon missions used by meteorologists and researchers.

The Awards are organised by ScotlandIS, the trade body for the digital technologies industry and were presented at the ScotSoft2017 dinner, with over 450 guests from across the industry.

Gala Malbasic: Hailing from Serbia but born in Canada, Gala spent her formative years in Russia and Cyprus, before coming to Scotland to complete her undergraduate studies in Computer Science at the University of St Andrews.

Whilst there she was president of the St Andrews Computing Society, and set up ‘StacsHack’, a student-organised tech event and hackathon in St Andrews. Gala was also a founding member of ‘Startup St Andrews’ – a 52 hour entrepreneurial challenge conducted in collaboration with Bloomberg LP, the Saltire Foundation and the Entrepreneurship Society.

In between her studies, Gala undertook internships with Candy Crush developers, King, with travel startup Secret Escapes, and Makers Academy in London. She has now taken up a full-time role as a software engineer at Bloomberg LP, the international specialists in news and information for the financial services industry.

Gala’s project, Leap Up: The Keyboard Renaissance, set out to simplify some of the complex keyboard short cut sequences that people use when working with laptops and tablets, and reduce the need to use both mouse and keyboard. By utilising the ‘dead space’ on and around the keyboard to enable gestures to be recognised using sensors placed strategically around and above computer keyboards, Gala aims to make keyboard interaction much quicker and simpler.

The project involved creating a hardware prototype, using software techniques to ensure optimal sensor performance, developing a library of ‘core’ functions and implementing a large gesture set to use with the system.  The judges considered this project to be exceptional. As overall winner of the Young Software Engineer of the Year Award, Gala received a cheque for £2500 from Sopra Steria, and a trophy from ScotlandIS.

Orisa Ngampakdeepanich: Orisa was born in Thailand but grew up in Singapore. Inspired by how her father applied Computer Science to automate his work, she decided to study computing at the University of Edinburgh and is excited by the potential to explore new ideas for new ideas. A keen dancer and baker, Orisa is now studying for a Masters at Edinburgh.

Orisa’s project, Peter’s Adventure – A tablet app to elicit pretend play with children with ACS, set out to create an effective educational tool using augmented reality to help children with autism spectrum condition (ASC), to counteract some of the developmental challenges they face.

Due to an inability to engage in ‘pretend play’, children with ASC suffer from developmental delays in symbolic and divergent thinking, impacting their cognitive, language and social development. As augmented reality (AR) systems are able to visually conceptualise elements this can help enhance the initial steps a child with ASC takes into ‘pretend play’, a key element of child development, by designing a story-based AR tablet game.

For a project with enormous potential in helping young children with ACS the judges considered Orisa to be a well deserved runner-up. Orisa received a cheque for £2000 from sponsor BCS, and a trophy from ScotlandIS.

Irina Camilleri: Another international student, Irina has grown up in Malta, Russia and Germany and studied Business Information Systems at the University of Strathclyde. A keen cyclist, Irina set out to improve the cycling experience by creating enhanced cycle maps with added information, developing an iOS mobile application named PedalPal.

Although the maps we use today are incredibly detailed, they miss a lot of vital information. For cyclists, the quality of a route is determined by factors such as road surface, bumps and potholes, traffic levels, elevation, lighting conditions and safety. However, this route quality information is missing from the maps cyclists currently have.

Irina’s project, Enriching Cycling Maps though Crowdsourcing Sensor Data, explores the possibility of gathering map data using sensors, crowdsourcing some of the detail that cyclists (and their bikes) can gather, enabling maps to be constantly updated and improved over time. With the increasing use of sensors, traffic monitoring data and road condition information could be fed back to the maps.

As part of the Erasmus exchange, Irina spent her 3rd year studying at the Technical Institute in Munich. When she isn’t glued to the computer screen, Irina enjoys cycling, dancing, camping and exploring the countryside. She is passionate about developing IT solutions for both business and personal use and is always interested in the latest developments in the world of technology.

Irina won third prize for her project, a cheque for £1500 from sponsor Edge Testing and a trophy from ScotlandIS.

High-Altitude Balloons (HAB) provides affordable access to near-space conditions, even for low-budget entities (universities, schools and amateurs). While current low-budget missions rely on commercial off-the-shelf computers and sensors, their architecture and software are often custom-made and targeted for a single use. This prevents easy reuse of hardware and software components, and raises the barrier to entry by requiring non-trivial networking and computing skills.

This project involves the development of the Abertay High-Altitude Bus, a solution designed by applying the modular bus model used by most modern satellites to High-Altitude Balloon architectures. An on-board computer running common flight software (FCORE) provides facilities for position tracking and reliable radio telemetry to a ground station, and polls data from payloads, custom for each flight.

Winner of the Leidos Software Engineering Award, a cheque for £1500, and the Leidos Trophy was given to her university, and the University of Abertay.

Amy hails from France but has chosen to remain in Dundee to do her PhD on Cloud Evolution in Substellar Planets’ Atmospheres. This allows her to pursue her passion for space and the technology that gets us there. In her spare time she makes video games, write about space, draw and play the guitar.

About the software engineer awards

The Awards are organised by ScotlandIS, the trade body for software and the digital technologies industry, and were presented at the ScotSoft2017 Awards Dinner last night.

A wide range of projects was submitted and the standard was very high. The projects are judged against the following criteria: