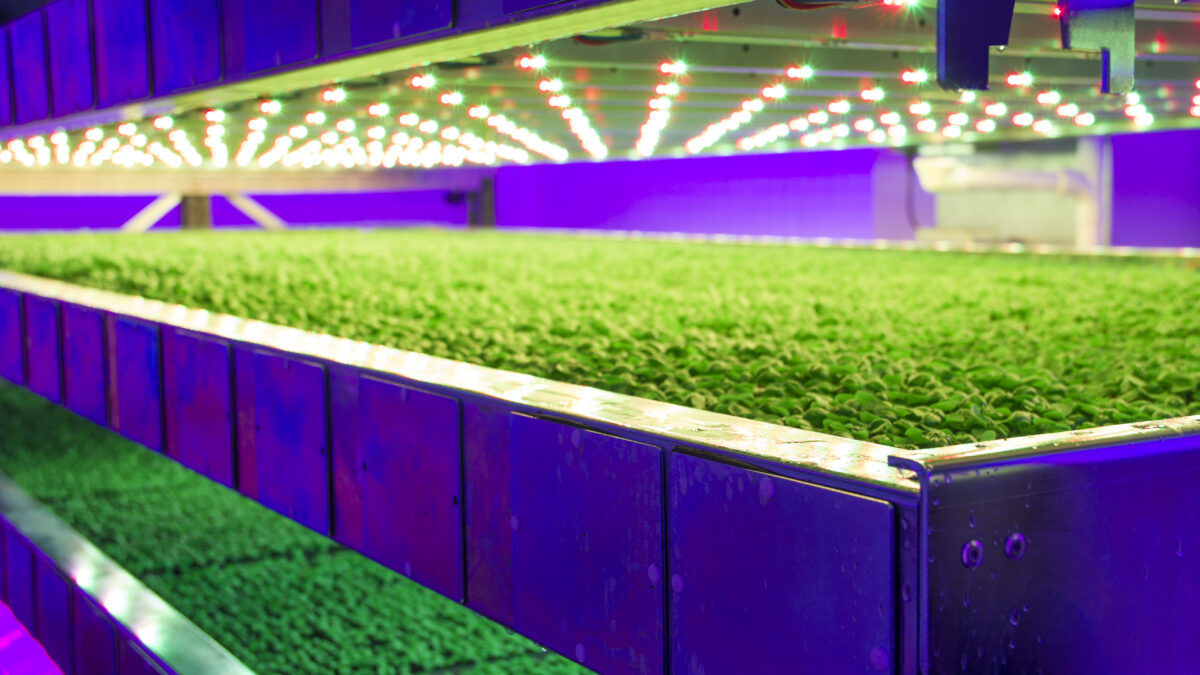 World leaders – including President Biden and Pope Francis – could dine on ‘vertically farmed’ vegetables at the global climate change summit in Glasgow later this year, it has been revealed.

Crops of legumes grown in skyscraper-like towers are among the healthy food options awaiting delegates at the Cop26 event in the city in November.

Scottish agritech business Intelligent Growth Solutions (IGS) is behind the scheme to sustainably satisfy the appetites of delegates between 1 and 12 November.

The plans were sown by firm boss David Farquhar during a private meeting with Conservative MSPs Murdo Fraser and Edward Mountain last year.

Details of the meeting, only recently published on the Scottish parliament’s lobbying register, revealed that talks took place at the firm’s demonstration facility based at the James Hutton Institute – a world-renowned crop and plant science research centre near Dundee in September 2020.

Notes submitted by IGS on the register explained the purpose of the lobbying was to “inform the members of a proposal for a farm in Glasgow that would grow produce… to feed Cop26 delegates at the Scottish Exhibition Centre in November 2021”.

It reads: “We outlined some of the proposals for this activity, including feeding delegates and promoting this through media, positioning Scotland as an innovative agritech leader.”

The conference will take place at the Scottish Event Campus (SEC), where food and drink is provided by Levy Restaurants UK, a leading British caterer in arenas, sport, leisure and hospitality.

Vertical farming is the practice of producing food in vertically stacked layers indoors under artificial conditions of light and temperature. With the use of total controlled-environment agriculture (TCEA) technology, all environmental factors can be controlled to optimise plant growth.

The innovative practice offers reductions in food miles and water wastage, as well as the elimination of the use of pesticides. It also allows produce to be grown locally and on demand, which according to the James Hutton Institute, could reduce fresh food waste by up to 90 per cent.

Farquhar said: “Sustainable, localised food production is imperative all around the world – not only to adequately feed the growing population, but also to ensure we can reduce the negative environmental impact of some forms of agriculture as highlighted by Sir David Attenborough in his recent Personal Witness Statement.

“We believe this will be an important focus for delegates and observers of Cop26 and we would like to share our vision and demonstrate how our vertical farming technology can help deliver this in the hands of our customers: the farmers. While the specifics of what this looks like are still to be confirmed, we are keen to showcase the capabilities of Scottish innovation to delegates at Cop26 by making available a variety of crops to be used as catering ingredients in a range of dishes throughout the event.”

He added: “As the leading Scottish agritech business, now exporting systems around the planet, we are keen to ensure this technology is put to good use at home. We are delighted at the positive reaction to this concept from the private and public sectors alike, including government, MSPs and MPs across Scotland. There is also significant appetite for our solutions from an international market and we have deployed our technology with growers in Europe and Australia already and have just broken ground on our first deployment in the Middle East.”

During talks with Fraser and Mountain, Farquhar also shared IGS’ intention to build a national network of vertical farms – known as ScotFIN – to make local growers and food producers more efficient and competitive whilst contributing to Scotland’s 2045 net carbon neutral targets. Plans for growing the business in the UK and globally were also discussed.

Fraser, MSP for Mid Scotland and Fife, said: “It was interesting to meet David Farquhar recently and hear about IGS’s exciting plans for growing the business, and developing vertical farming. There are enormous opportunities for the Scottish economy here, and in helping to support Scottish agriculture.

“IGS plans to showcase their initiative as part of Cop26 in November, demonstrating the clear environmental benefits of the technology, are well worth supporting. The Scottish Conservatives are happy to work with IGS and others in this sector to help develop economic recovery and food security post-Covid.”

As Cop26 catering decisions lie in the hands of the UK Government, the Scottish Government could not confirm if IGS’ ambition would go ahead.

A Scottish Government spokesperson said: “The Scottish Government has committed to support the development of vertical, low carbon farms, fuelled by renewable energy, to produce more of our own fruit and vegetables. Sustainable agriculture will play an important role in meeting Scotland’s climate targets and we welcome the appetite of industry to pursue this opportunity.”

The Cop26 summit will bring parties together to accelerate action towards the goals of the Paris Agreement and the UN Framework Convention on Climate Change.

An estimated 30,000 delegates from around the world are expected to attend the event, depending on the public health situation. This includes thousands of official negotiators, representing 197 different countries in the talks.

IGS was established in Edinburgh in 2013 as an indoor horticulture business to deliver commercial viability to the vertical farming model by improving productivity whilst driving down the cost of power and labour through TCEA.

The company has developed and commercialised a “breakthrough” internet of things-enabled power and communications platform consisting of patented electrical and mechanical technologies. This is managed by a software-as-a-service and data platform using artificial intelligence to deliver economic and operational benefits to indoor growing environments.

Public sector spend on IT and professional staff doubles during Covid

In the second column brought to you by Skills Development Scotland about recruiting neurodivergent talent, chief executive of ScotlandIS Karen Meechan gives us her perspective on the subject. In Scotland,…

How blockchain technology could revolutionise the construction industry

Non-fungible tokens – or NFTs – have been around for a while, however their use remains untapped in the construction and architectural sector. Most people will have heard of cryptocurrencies…

Remote learning – or what we call hybrid learning at the University of the West of Scotland (UWS) – has quickly adapted throughout the pandemic, and it has presented both…

The Scottish Government and ScotlandIS – the digital technologies cluster management organisation – have conceived an amazing course to nurture future female talent in the IT industry titled, Empowering Women…

After an election campaign where restart and recovery took centre stage, it’s now up to the Scottish Government to deliver on pledges made during the campaign trail. For all the…