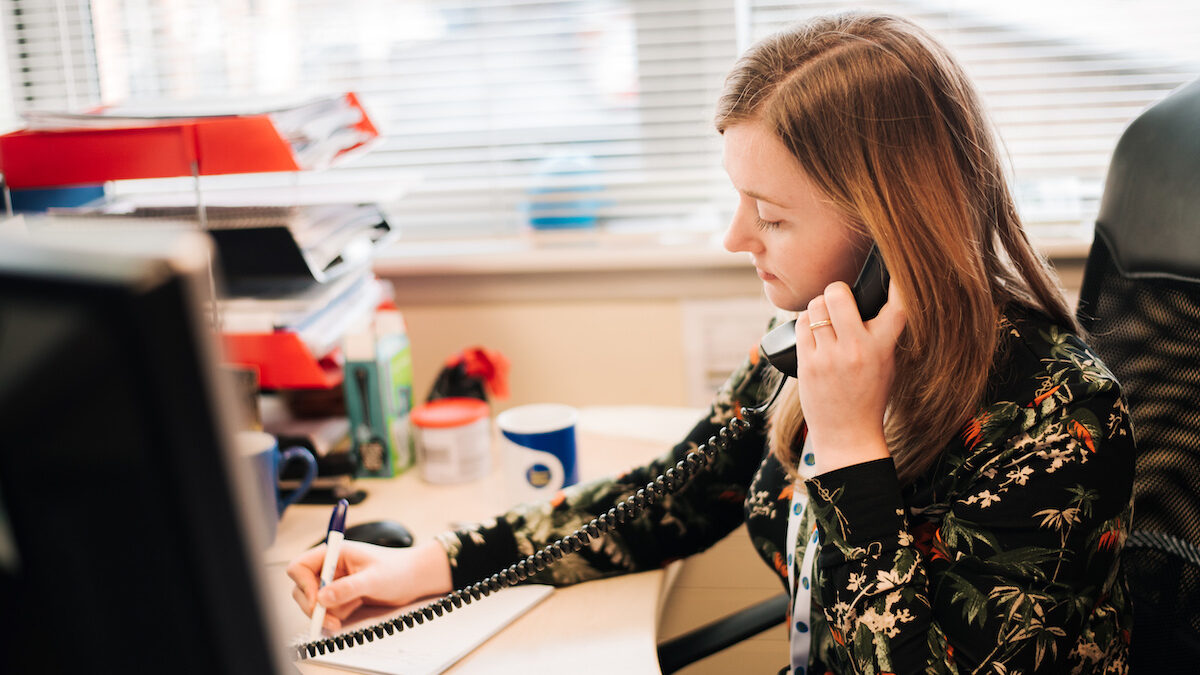 Citizens Advice Scotland’s experience of using technology has augmented its face-to-face services and serves as an exemplar for digitisation in the third sector. Photo by MIHAELA BODLOVIC
Data & AI

The Citizens Advice network in Scotland is steeped in a tradition of localism, compassion and support for those who need it, often in times of crisis.

The network of 59 Citizens Advice Bureaux (CABs), extends across the country, helping people with a trusted and familiar advisory service deeply embedded in communities since the Second World War.

Fast forward 80-plus years and the experience of visiting a local CAB for a sit-down chat with a trained adviser is still the linchpin of core service delivery.

But necessity is the mother of invention and the enforced remoteness of the pandemic, coupled with soaring demand from the cost-of-living crisis, has seen the rapid adoption of digital solutions to help advisers deal with a growing volume of inquiries, efficiently and effectively and reflect users’ requirements for accessing advice in multiple ways.

David Dunn, who sits on the UK Government’s Digital Economy Council, has been advising Citizens Advice Scotland (CAS), the network’s umbrella body, on digital matters in his voluntary role as a trustee.

He took up the role three years ago, and had been championing to colleagues across the network the importance of digital as a means to improve – both in terms of internal operational efficiencies and to enhance its public-facing service offer.

“Then Covid happened and it was, ‘Right, we now have to operate remotely, we now can’t see citizens on high streets but they still need support, so how do we do this?’,” he says. “In fact, even more people needed support so that really accelerated the whole process.”

Dunn is chief executive of Sunderland Software City, a not-for-profit organisation that aims to grow the tech sector in the North-East of England.

His experience came to the fore during the last few years in volunteering his time to help the CAB network respond to events.

In the case of the Citizens Advice network, he commends the organisation for deploying platforms quickly, with bureaux dealing with the transition “really well” and being able to serve the citizen with little disruption during the early weeks of the pandemic.

“There was a genuine skill within the CAB network to be able to flip it so quickly,” he says.

“I think the thing that has happened since is that a lot of the potential fear has dissipated, which helped CABs take some bolder decisions later on as the pandemic sort of normalised day-to-day interactions online and demonstrated quick successes from CABs willingness to embrace digital.”

That manifested itself in the decision to take part in an innovation challenge with the Scottish Government’s CivTech programme, which invites organisations across the public sector to specify a “challenge” they would like the private sector, particularly SMEs and startups, to try and solve.

In CAS’s case, it wanted a way for people dialling a single helpline number to be routed to their local bureau, using automated voice recognition technology.

“Doing things digitally doesn’t necessarily mean replacing things that you do, it just means doing them in slightly different ways,” adds Dunn. “The CivTech challenge kind of demonstrated that.”

For CAS, digital is less about transformation and more about augmentation.

Adopting new technology does not mean throwing the baby out with the bathwater by overriding the vital human connections that have served the organisation so well over the years. Instead it is about enabling more points of service access for citizens.

The progress thus far has been palpable, not to mention cost effective. The PolyAI voice recognition system adopted as part of CivTech – developed on a no-code platform designed by digital agency Side Labs – has been relatively inexpensive yet very effective.

There are another two CivTech challenges underway, one to make better use of the organisation’s data and another to share data better internally.

Dunn, who has three years left in his term as a trustee, sees CAS even emerging as a potential champion of digital in the third sector.

“I think the journey CAS is on is a really positive one, and I do want the CAB network to be at the vanguard of digital in the third sector showcasing the great ideas emerging from the network around the use of digital, we’ve got to be receptive to the needs of citizens. Different demographics of citizens want advice in different ways” he says.

“We need to be really sensitive to the fact that some people still want face-to-face high street-based information. That’s absolutely fine.

“But then we also need efficiencies within the organisation, and if everything is getting turned up a level where we’re dealing with more people – and we’ve only got the same amount of funding – we need to do something operationally, which digital can support.

“I am really pleased to see the CAB network is embracing digital solutions and considering the new challenges it brings.

“The mere fact of digitisation means new thought needs to be put into how to secure data that has moved into online systems, with considerations around GDPR data protection regulations and cybersecurity, and how such investments can be maintained by funding over the longer term.

“Strategically, the organisation needs to consider how it moves forward and what the implications of using more technology are,” Dunn says.

“You need to get to a position where you have a digital roadmap that enables your organisational strategy,” he insists.

“That’s exactly why CAS has set up the digital committee, as a digital strategy on its own is not enough.

Dunn’s other message is to the funders.

He says: “There’s a lot of funding out there for new innovations but when you try and mainstream them there’s not a huge amount there. Doing business as usual digitally is not something the funders have potentially got their heads around yet.

“I see our next steps as being to set some of the terms of reference around digital, so that whatever we do is cohesive and well thought-through.”

Ambitious as it sounds, Dunn believes the experience of CAS – and its stature as one of the leading organisations in the charitable sector – could have a wider “ripple effect”.

He says: “Citizens Advice Scotland can show the way digital can benefit charitable and voluntary organisations, which will hopefully lead to other organisations coming to us.

“If we get that at the end of three years that would be brilliant because that can start to potentially transform the whole sector.”

David Dunn will be speaking at #DigitalScotland2022