Home > Data & AI > AI and data is changing the world 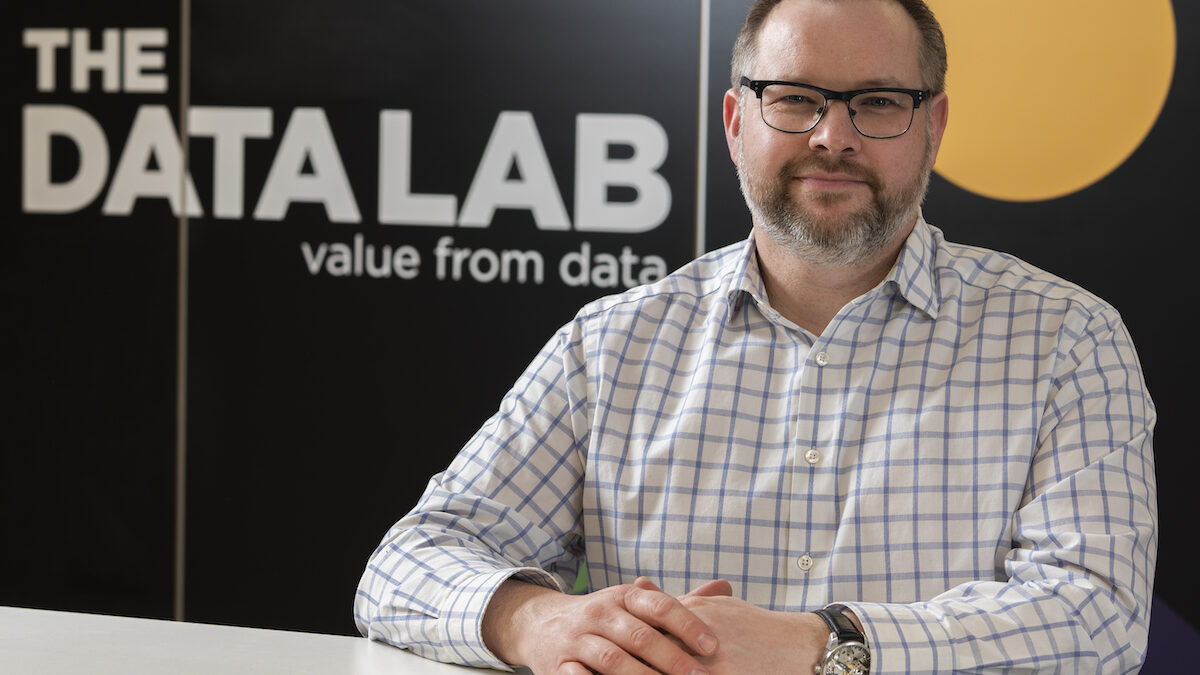 AI and data is changing the world

The global artificial intelligence (AI) market is booming. Reports from Bloomberg, for instance, suggest the sector is now worth around $59bn (about £51bn) with the potential to grow to $422bn by 2028.

While the worldwide datasphere reached 64 zettabytes in 2020, according to market intel firm IDC. That is the equivalent of 6.4 trillion gigabytes.

Those are mind-boggling numbers – but the headline news for Scotland is we can most certainly carve out a very healthy slice of that multi-billion-dollar pie for ourselves.

We have seen AI adoption and better use of data by Scottish companies grow annually since The Data Lab launched in 2014, driven by a combination of two key factors: more firms are undertaking skills training in data and AI, and if they do embrace it, it offers them a distinct competitive edge over their rivals.

Although more work needs to be done, it is not long ago that AI and automation suffered from a completely contrary reputation – of being a threat to jobs with added concerns about ethics.

Previously, its wider adoption was reserved only for those with the in-house skills, or an ability to buy a ready-made solution.

But today, far better understanding of the technology, improved clarity around the results it can achieve, and a growing community of specialists have shifted attitudes dramatically, and that has turbo-charged data use and AI adoption, resulting in job creation rather than loss.

Scotland can be at the forefront of this continued change, by providing the talent to create and lead on innovative solutions which influence not only commercial success, but everyone’s lives.

The rise of environmental, social and governance (ESG) standards may have had a role to play in this, but there is a higher power at play too – a growing desire by individuals to do something good and to “give back”.

The UK and devolved governments now recognise the value that AI and data have in contributing to crucial national issues, most importantly in helping achieve net zero or improving productivity.

These clearer economic strategic imperatives are allowing more organisations to focus better on hitting their own targets, while also contributing to the world becoming a better place to live and do business.

As such, the whole approach to AI creation and data strategy is moving too.

It has become more widely accepted (and a necessity in some cases) for AI and data projects to involve interdisciplinary relationships; that bringing together of different skills, experiences and backgrounds makes for richer solutions.

This is often a powerful mix of academic, private and public sector experience combining on research labs, skills and funding.

We have seen the university sector, especially, successfully pivot to support such increasing collaboration.

For example, the £50m Smart Manufacturing Data Innovation Hub launched this year by the UK Government brings together a consortium of 12 academic, private and public sector organisations, including The Data Lab, to allow small and medium size manufacturers to capture and better utilise their data, helping them increase productivity, growth and sustainability

With this ongoing uplift in the execution of AI and data projects, of course, comes a strong demand for the skills to work on projects beyond academia.

But increasing AI and data literacy does not happen overnight – it requires pioneering collaborations across sectors and nations.

In Scotland, in addition to our own programmes, others run by organisations such as DataKirk and CodeClan and the commitment across our world-class university system to drive the use of AI and upskill tomorrow’s talent, are fantastic examples.

Our data community has steadily grown into a thriving, collaborative space with members from 47 countries where those with a shared interest can come together to consider the future of data and AI.

It is home-grown programmes like these that will help put Scotland on the global AI and data map.

The national benefits of this upskilling and increase in data literacy are huge.

Burgeoning companies such as SmpliCare, for instance, which has just launched a pilot to examine how the use of Fitbits and other wearables can help predict and prevent falls in older people, are already emerging to make genuine societal differences – in its case, reducing the pressure such incidents have on the NHS.

An ongoing study by the Edinburgh start-up will see 300 over-55s with a recent history of falls, given a mainstream wearable device to produce data to enable the company to create an AI-powered algorithm that predicts and proactively alerts a user to the likelihood of a future fall.

At our own flagship conference, Data Summit, in Edinburgh in November, delegates were surrounded by a wealth of organisations from Scotland and further afield – like BrightAct – which are looking to make a difference.

Working towards a collective, common purpose is a future must.

Scotland has a massive opportunity to continue to take significant strides in AI, and to feed those into the global economic system.

We know companies south of the border are already looking to Scotland for its AI and data talent.

With our own smart and united ecosystem already in place and growing daily, I have no doubt we can create one of the world’s most impactful data and AI communities.

“Having a purpose”, is becoming more ingrained than ever in the very fabric of companies’ DNA.

It is right at the core of what Sofie Wahlström and Elinor Samuelsson have done with BrightAct (brightact.org), a Swedish-founded platform created to fill a gap in how the public sector works with data, in relation to domestic abuse.

According to the World Health Organisation, it is thought that one in three women and one in six men around the world are victims of domestic violence.

A two-year pilot project by BrightAct, which is soon to end, to find out the best kind of data needed by organisations, could now be rolled out in other countries. Sixteen countries have so far shown interest.

Its app combines data sets and research on domestic abuse and provides aggregated data to a set of partners, including public sector departments and non-government organisations.

The company was formed as the result of a hackathon after Wahlström identified a gap in data and knowledge about domestic violence when she worked in the public sector.

She teamed up with Samuelsson to investigate if it might be possible to create a central application not only to plug that data gap from an organisational perspective, but also make a genuine difference to those who were being mentally or physically harmed at home.

Researchers from Gävle University are conducting an evaluation to see how needs of those using BrightAct are met; how they prefer to reach out. For instance – they may prefer a chat function but if their support partner only has a phone line, they are less likely to request help.

Feedback on the platform has been resoundingly positive, with the overarching question, “why hadn’t such a tool already been created?”

Wahlström says: “It is thought victims of violence at home typically wait until the eighth cycle of abuse to find the power to leave.

“If we can create a solution that empowers and connects them to a support agency, that could be absolutely life-changing for someone, and I am proud to be able to be a part of a team leading that change.” 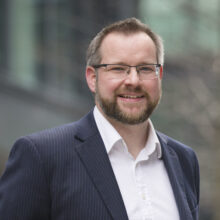