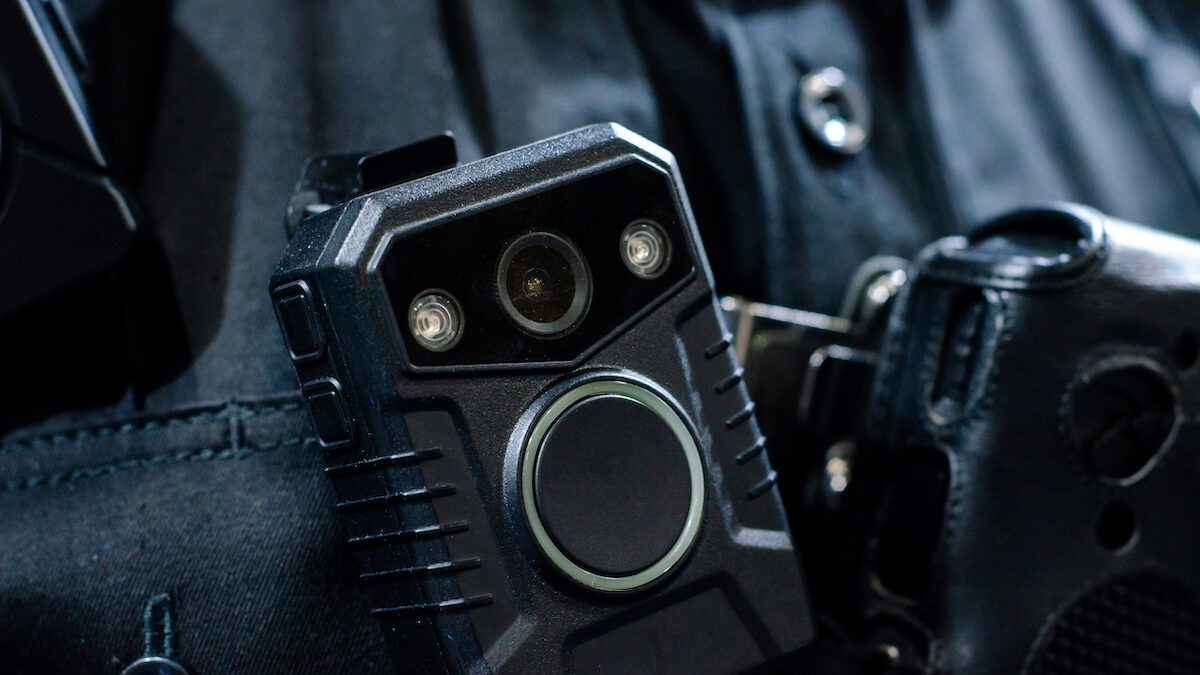 The use of body-worn video (BWV) on the frontline of policing in Scotland moved a step closer this week after a report on the technology was published by a key research institute.

Academics at the University of Stirling, on behalf of the Scottish Institute of Policing Research, made 11 recommendations ahead of the future ‘widespread’ deployment of the camera systems in Scotland.

The ‘rapid research project’, carried out in November and December last year, reviewed academic literature into the use of the technology by police forces around the world. Police Scotland’s own public consultations, a national survey and work with focus groups were also taken into account and the academics carried out their own interviews with experts in the field.

“It is evident, from the research reviewed here, that BWV is being deployed internationally by law enforcement agencies and other public service providers,” the researchers wrote.

“Typically, BWV is recognised to provide evidence of incidents, provide a level of personal protection and increased transparency in policing. The rationale for the use of BWV in policing is well established and is afforded a good level of public support. It is also evident, that across UK police forces there is differentiated use of the technology and associated governance mechanisms. In this respect, Police Scotland is in an advantageous position in that it can learn from what is perceived to be ‘best practice’ elsewhere in the UK and beyond.”

Firearms officers at Cop26 in Glasgow in November last year were equipped with BWV and there have been trials of the technology in the north-east of the country and in Renfrewshire. Chief Superintendent Matt Richards, who oversees technology in policing in Scotland, has called for 10,000 officers in Scotland to be given access to BWV and bring the force in line with others across the UK, arguing it will improve safety and accountability.

In a survey, the force ran a public engagement campaign and focus groups which found the majority of respondents supported BWV introduction, saying it had the potential to increase trust and confidence in policing and feelings of safety.

However the academics advised that before the technology is deployed operationally, Police Scotland should establish a clear scrutiny function, including a code of practice, use protocols and data management procedures that are compatible with its own institutional arrangements and take soundings from other forces in the UK where use is widespread.

They also point to a lack of available evidence on how the camera technology is utilised in respect of minority groups and ethnic minority groups, and urged the force to engage in ‘enhanced dialogue’ with more vulnerable communities. The academics said the force should proceed with ‘extreme caution’ if it considered merging BWV with other new technologies, especially live facial recognition and livestreaming, which could undermine public trust and support.

“This is one of the alerts we have raised in the report, that they cannot assume support for the technology if its capabilities change, especially around livestreaming and face recognition – and the latter is seen to be quite toxic at the moment,” said William R. Webster, professor of public policy and management at the University of Stirling, who led the review.

He added: “My personal view is that the use of BWV in policing is more or less inevitable – as nearly every other UK police force uses it. What is critical here is that they don’t need to ‘reinvent the wheel’ and can hand pick best practice in how to scrutinise and use the tech. So, if they get this right I would be supportive, but if they only pay lip service to these sorts of things then I would be critical. They are in a good place now, as they know where to look to see what they should do going forward, and my impression is that they are going to take this seriously.”

Following the publication of the report, a stakeholders’ workshop is scheduled to be held over the summer as well as a presentation of its findings to Police Scotland, who have already seen the report and accepted its validity. Police Scotland and the Scottish Police Authority commissioned the report.

Engagement with MSPs at Holyrood will also commence over the summer period. As to how the scrutiny function will work in practice, that is yet to be worked out although the academics recommended any such oversight be ‘independent’, and pointed to how it works in England and Wales with elected Police and Crime Commissioners and lay people holding force commanders to account. The review noted, though, “It is evident that different internal and external scrutiny mechanisms exist within UK police forces and that best practice here is still in its infancy.”

To read the report in full visit here.