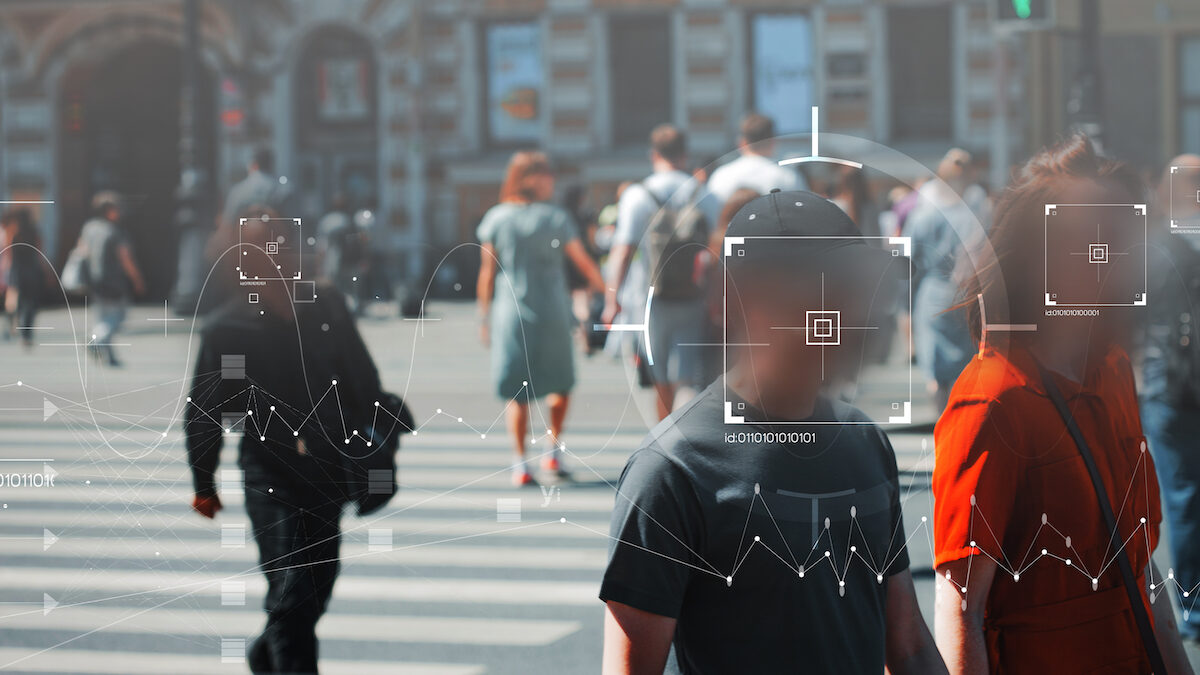 A new code of practice governing the use of biometrics in Scottish policing – including controversial facial recognition technology – could be approved for use by autumn.

Dr Plastow, who was formerly a police officer for over 30 years, has spent the last 12 months in a new post going through lengthy consultations to draft the code, which produced ‘no dissenting voices’.

According to Dr Plastow, when it is introduced by regulation, Scotland will become ‘the first country in the world to have a statutory code of practice for the acquisition, retention, use and destruction of biometric data for criminal justice and policing purposes’.

“That will be a significant human rights achievement for Scotland and something that we should be proud of. It will further help to enhance confidence in Scotland’s already excellent criminal justice system,” Dr Plastow told MSPs at the justice committee last week.

The issue goes back to 2008, when a report highlighted that there was no independent oversight in Scotland of biometrics, which covers DNA, fingerprints and also more modern techniques of collecting evidentiary material.

Dr Plastow stressed that the code was designed to close that gap and provide the likes of Police Scotland, the Scottish Police Authority and the Police Investigations Review Commissioner clear a framework for ethical decision-making in the use of biometrics.

Although the code will seek to strike the right balance between human rights and public safety concerns, the powers of the commissioner once the code is enacted will largely rely on self-assessment and review, rather than direct operational interference by the commissioner, Dr Plastow said.

Under questioning from committee member Jamie Greene MSP, Dr Plastow acknowledged that he would ‘hope’ to be involved in the decision-making behind the piloting or introduction of a new technology such as facial search or recognition, even though they would not be statutorily obliged to.

Dr Plastow said he was not uncomfortable with that arrangement as he has confidence in Police Scotland, and hopes they do in him through the ‘professional working relationship’ they have. However he acknowledged gaps in the legislation whereby the definition of the biometrics is broader in Scotland than in England and Wales, and cases involving national security would be determined by his counterpart south of the border, Professor Fraser Sampson.

Police Scotland does not currently use – nor has plans to use – live facial recognition technology which has caused controversy also in England and Wales over the last few years, with several high-profile cases. Dr Plastow said it was a ‘hot topic’ but that his primary concern was not its use, per se, but that any deployment was ‘lawful’, ‘effective’ and ‘ethical’.

“Hypothetically, if Police Scotland identified a facial recognition technology that worked—which would be the first real challenge—and decided that it wanted to deploy it at, say, a Scotland v France rugby game, it would, notwithstanding the lawfulness question, be very difficult for it to demonstrate that such a move was proportionate and necessary in the absence of a specific threat against that event,” he said.

“On the other hand, if it had access to a technology that worked, was reliable and was free from bias and discrimination and if there were a G20 meeting or similar event in Scotland against which there was a specific intelligence threat from a number of known individuals, photographs of whom the police had access to, its use would be legitimate.”

Dr Plastow also denied he was against the use of facial recognition technology. He raised the Bridges case in Wales, where the technology itself was not found to be unlawful, but ‘because of the lack of impact assessments and the failure on the part of South Wales Police to satisfy itself that the technology did not operate on the basis of discriminatory algorithms’.

In Scotland there has been a source of ‘conflict’ between the views of the Scottish Police Federation and local authorities – who are broadly in favour of operational use of live facial recognition technology – and the wider public and political perception around the ‘big brother’ argument, said Jamie Greene. He gave an example of Glasgow City Council, which invested £24m in a digital camera surveillance system that could provide facial recognition capabilities if the software was enabled. But the 500 cameras currently deployed do not use that facility because of adverse publicity surrounding their introduction in 2015 and subsequent trial. Greene suggested that the investment in CCTV to perform certain functions around the specific targeting of people, tracking missing persons and preventing crime in certain areas of the city had not brought those benefits, in spite of the system’s introduction.

Dr Plastow lay the blame with ‘unregulated experimentation’, which had been ‘unfortunate’, and gave an example of a similar scenario in London where the Met Police had tested facial recognition technology at the Notting Hill Carnival.

He added: “For the avoidance of doubt, I am not opposed to the police using facial recognition technology in the right circumstances, provided that it works, there is a lawful basis for it, and things are done in a proportionate way when they are necessary.”

Dr Plastow also commented on a public disagreement with the Scottish Police Federation, which raised questions around his objectivity after he had previously made a comment about the UK going down a ‘dangerously authoritarian path’ with respect to the collection of biometric data. However he said that the comment from the SPF had been ‘misguided’ and that his remarks had been taken out of context.

Version 0.4 of the draft code is currently sitting with the justice committee and time is likely to be scheduled in the autumn for a statutory instrument to be introduced to parliament, bringing it into effect.

Dr Plastow will be speaking at Futurescot’s Digital Justice and Policing 2022 conference on October 13. Register here.

IT modernisation of Police Scotland hindered by 45% budget shortfall