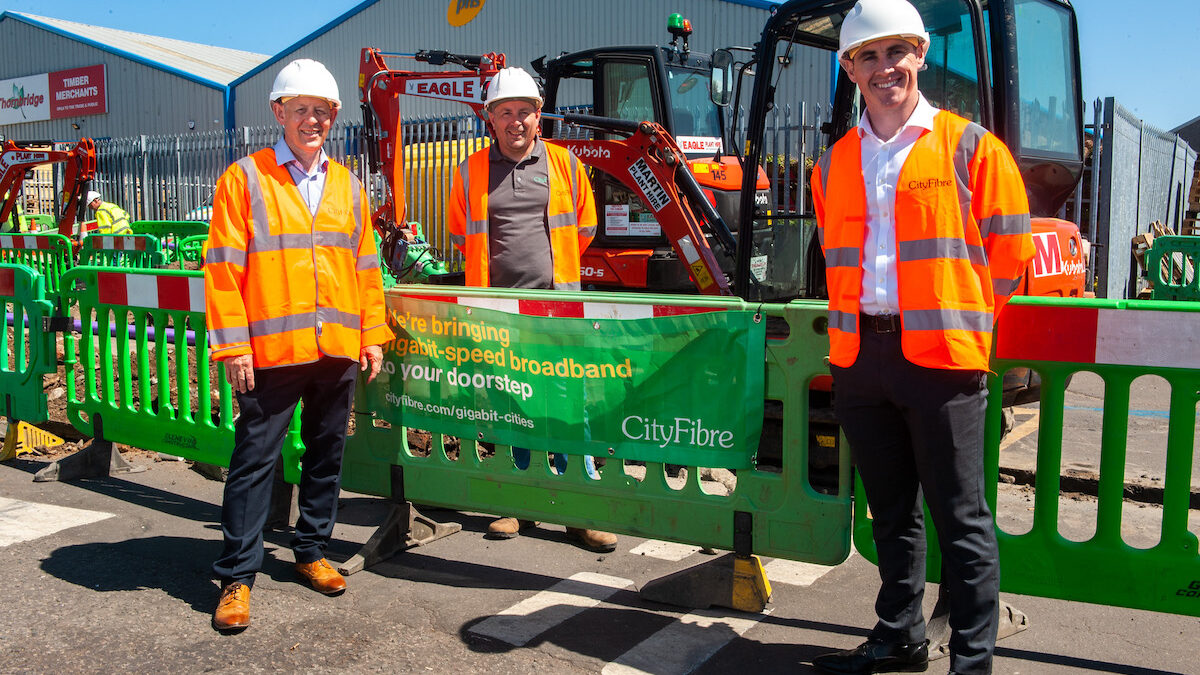 Digital infrastructure giant CityFibre has secured over £1bn in capital investment to deploy full fibre across the UK and rollout to a third of internet consumers by 2025.

The capital raise is the largest ever for a fibre deployment and represents a signal of intent from the London-headquartered connectivity company.

Mubadala’s investment into CityFibre also marks the first capital deployed under the new infrastructure vertical of the United Arab Emirates – United Kingdom Sovereign Investment Partnership. The partnership, which Mubadala oversees for the UAE and the Office for Investment for the UK, serves as a coordination platform to grow a future-focused investment relationship between the two nations and enable growth, employment, and global competitiveness across priority sectors.

Prime Minister Boris Johnson said: “The Government is committed to making high-speed broadband available for every part of the UK, and this exciting investment will turbocharge the UK’s full-fibre rollout. It will revolutionise people’s lives and generate huge economic benefits, jobs and growth.

“The UK is open for business and attracting investments like this as a high-value, high-growth science superpower, specialising in industries of the future.”

Greg Mesch, Chief Executive Officer of CityFibre, said: “We’re thrilled to announce the completion of a £1.125bn capital raise, the largest ever secured to support the UK’s Full Fibre future. We also take great pleasure in welcoming Mubadala and Interogo Holding as new investors in this important project. This new capital will not only underpin our rollout to up to 8m homes across 285 cities, towns and villages, but will also enable our participation in the Government’s ‘Project Gigabit’ programme to extend our future-proof infrastructure to rural areas and ensure no one is left behind.

“This capital raise is proof of the benefits of a truly competitive infrastructure market, as envisaged by both Government and Ofcom. If nurtured and protected, infrastructure competition at scale will continue to unleash huge investment from the private sector as well as catalyse investment from incumbent operators. Ultimately though, it is residents, businesses and the UK economy that stand to benefit, with competition driving what has become the fastest rollout of Full Fibre in Europe.”

Waleed Al Mokarrab Al Muhairi, Mubadala’s deputy group chief executive, said: “Digital Infrastructure is a vital enabler of social and economic progress, and a priority growth sector for Mubadala, so we are delighted to be the lead investor in a fund-raise which is accelerating the roll-out of world-class digital Infrastructure for one-third of the UK.

“Mubadala’s investment in CityFibre is consistent with our mandate to deliver sustainable financial returns. As the first investment under the infrastructure vertical of the UAE UK Sovereign Investment Partnership, it exemplifies the Partnership’s mandate to guide high impact investment to enable future-focussed economic growth.”

Constantin Dogos-Docovitch, head of IH Infrastructure Advisors, which advises the infrastructure strategy of Interogo Holding, said: “CityFibre has built a strong reputation through its 10-year track-record of Full Fibre deployment and is now the UK’s largest independent wholesale fibre network provider. We are therefore delighted to join its investment team and help support the rollout of future-proof digital infrastructure across the country.”

As its rollout has continued to scale, CityFibre has become the network of choice for many consumer Internet Service Providers, securing long-term volume commitments from Vodafone, TalkTalk and Zen, as well as mobile operator 3UK. Work to integrate and enable the ISPs over CityFibre’s full national footprint is underway.

Chris Hughes was a dyslexic student at the University of Strathclyde. Now he's a tech CEO and neurodiversity champion