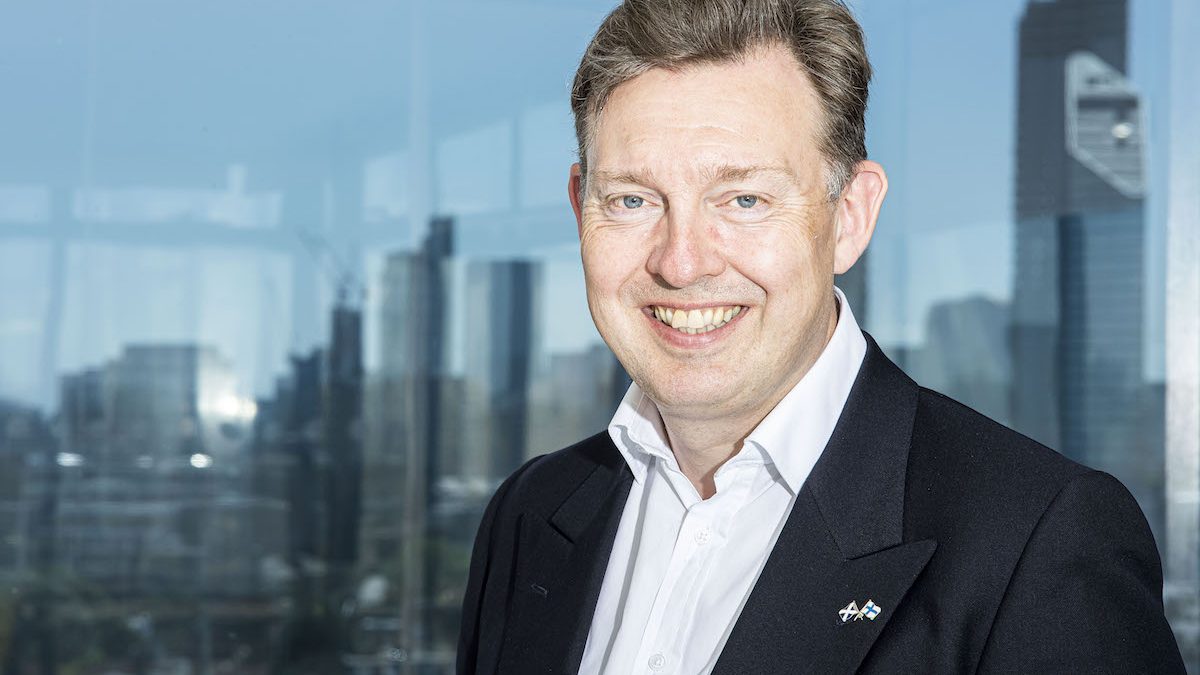 Building services around the citizen

When it comes to Scottish health and care Ian Crichton is about as experienced as they come. As a former NHS chief executive – he ran NHS National Services Scotland for eight years – he has a detailed knowledge of how the public sector operates, what the issues are with regards to data and, crucially, how that relates to the policy challenges that arise from trying to join together previously distinct health and social care systems.

Crichton recently joined Servelec as its Chief Executive and – as a Scot who lives in the Borders – is regularly found at the company’s Edinburgh office where its staff look after their Scottish local authority customers.

Servelec’s office is just a stone’s throw away from the Scottish Parliament, in the aptly named Crichton’s Close. It is an ideal location for the company’s staff to confer with public officials currently working on the complex business of bringing together health and social care systems in Scotland, according to a legislative programme mandated by the Public Bodies (Joint Working) (Scotland) Act 2014; with its Mosaic social care system deployed within five Scottish local authorities, it is a line of work that Servelec has been heavily involved with already, and there is scope to do much more.

Crichton, who has only just got his feet under the table of the business (he was appointed CEO in June, after serving as MD of Serco’s UK health business), is looking forward to developing the Servelec proposition across the UK and specifically in Scotland.

It’s clear from speaking with Crichton in person at the company’s Edinburgh office, that he sees clear opportunities in the breadth of the company’s offer – it has products and services catering for child, community & mental health, social care, education and youth justice – and is able to capitalise on public sector reform goals to provide linkages between data sets in order to create a 365-degree view of a person, who typically will interact with many different public services at different points in time.

This approach, as exemplified by Servelec’s work with Kent County Council, which uses all four sectors of its products, ultimately allows local authorities to make more informed decisions about the services that they deploy, putting people’s needs at the heart of everything they do, whilst equally facilitating access to the data that the client and professionals need to do their jobs – via a multitude of different systems. “Servelec is leading the conversation on interoperability,” says Crichton. “We’ve got solutions now which enable not just our own products, but other people’s products, to join up to provide that really rounded picture of the citizen. And for me that’s really exciting, because a record itself isn’t that interesting until you use it for something. Once you can join up information about a person, and understand the context better, public services are able to provide much better support.”

Servelec has publicly made a virtue of its willingness to collaborate with other technology providers, by launching a partner programme earlier this year, enhancing the offer of its core systems such as Rio Electronic Patient Record (EPR) and Mosaic social care case management solutions. In terms of the health market for its products in Scotland, the company has recently secured a new national contract to deliver the Scottish Child Public Health and Wellbeing System with its market leading solution, Rio.

Servelec has also joined the GP IT Futures Framework in England, signalling an intent to potentially make a move into the primary care space. With his background of having managed the outsourcing of GP IT requirements in Scotland, it is clearly a market Crichton knows well, yet he reveals that he would be more interested in building solutions for GPs that are part of a broader ecosystem of services in future, involving a multi-partner approach.

He says: “For me, there’s a difference between the public sector, which would be the NHS, local authorities etcetera, and the broader ecosystem e.g. charities, self-service by citizen, and private companies. And how you get that broader ecosystem to work in a different way is, for me, more exciting than trying to fight our way into specific segments. So, I think GP IT is quite specific; it’s a hangover from the 20th century and supports general practitioners to do their job but you can see that the family doctor’s job is getting more and more challenging – they’re having to think about how you play in pharmacists and other professionals. Service delivery will also become increasingly focused on the prevention agenda, which takes you to places like housing and public health protection.”

To that end, Crichton is excited about the creation of Public Health Scotland – a new public health organisation, which comes into being in April next year – and will usher in a new era focused around user-centred design, which he believes is critical to the success of projects like the NHS’s putative attempts to create its own National Digital Service electronic health records (EHR) system. As for the potential of AI platforms, Crichton says he’s more concerned with establishing how AI fits into the products the company already has rather than trying to be the next big thing in machine learning.

“I’m not sure I believe as much in AI products as I do in integrating AI into what we do at the moment,” he says. “If you imagine our Rio system, which is pretty sophisticated, instead of just giving doctors the information they need, if it doesn’t look right to Rio and tells the doctor that, then it starts to get quite exciting.”

It is this pragmatism which I think makes Crichton’s appointment a sound one for Servelec and his equanimity manifests itself in his response to a similarly provocative question about ditching legacy IT systems and starting over. “Regardless of whether you want to wash away your past in some huge revolution or you gradually want to build your way out, you’re only going to be able to do that with money and investment,” he says.

“So, although it sounds boring I think maintaining legacy is a sensible route to evolving and is probably a lot more compelling for the health system and for the public service infrastructure than something cataclysmically different. But I do think that If you do get the citizen-centred piece right – and if you can think about how you build off that with next generation technology then you can end up where you start to render the legacy stuff almost obsolete and you can be far more comfortable decommissioning it.”

This article appeared in the Autumn issue of FutureScot Magazine, distributed in The Times Scotland on Saturday, November 23.