Home > Health & Care > Artificial Intelligence is heralding a new dawn in the way we diagnose, treat and manage disease 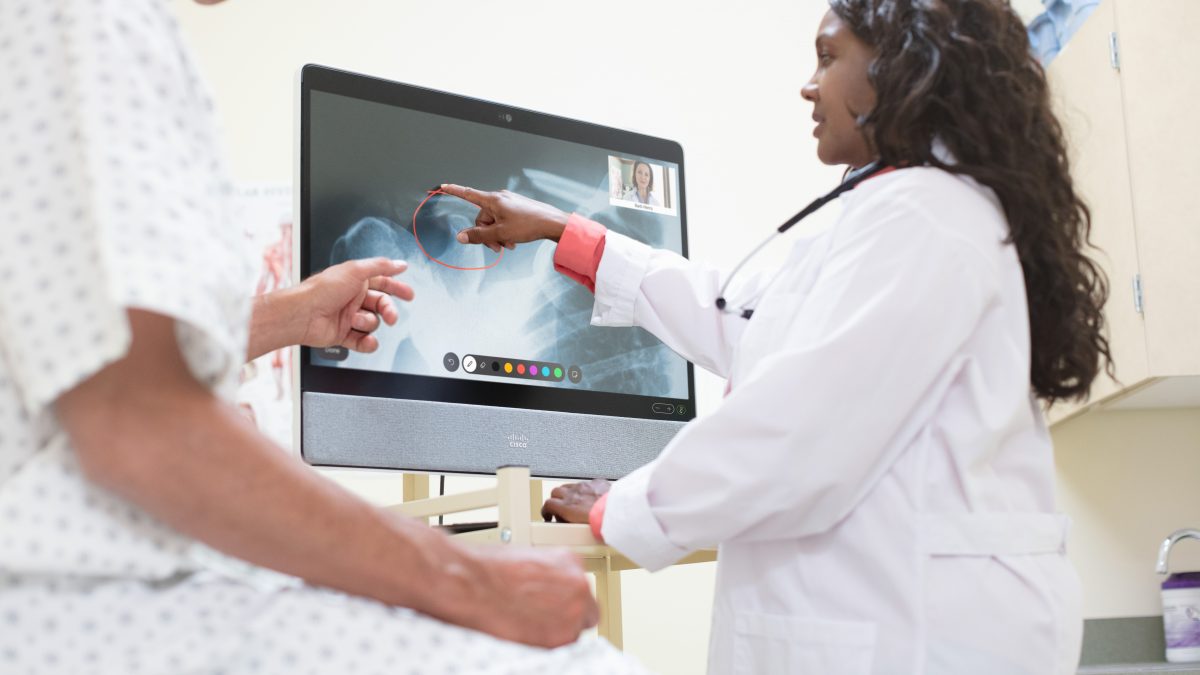 Cisco has supported virtually every sector through Covid-19, ‘prioritising’ support for frontline services such as healthcare
Health & Care

Lord Drayson seems a man on the move. As an amateur racing driver, it is perhaps an innate charateristic, and in the current debate around health data his foot is very much on the gas.

I meet the former Labour government science and defence minister shortly after he lays out a bold new vision for the NHS at FutureScot’s recent Digital Health & Care conference in Glasgow. Urbane and well-connected, Drayson is also a keen student of policy and how the arguments around big tech and health data are shaping up.

For background, there is an intensifying argument that the NHS needs to make much more use of a still largely untapped goldmine of data, which could herald a new dawn in the way we diagnose, treat and manage disease – not to mention save billions of pounds annually. Sensyne Health is at the forefront of this debate in the UK, and he very much wants pioneering healthcare artificial intelligence firms like his to be preferred over the tech giants of Silicon Valley, which he argues will extract value for the US economy and give very little back.

With post-Brexit trade deals looming – and genuine concerns over whether the NHS is ‘on or off’ the table in any negotiations with the Trump administration – the whole spectre of a commoditised NHS is, like politics in general, deeply divisive. But that is why Drayson believes his radical new scheme – in which value created from his AI products could be reinvested back into the health system, keeping the benefits firmly rooted in the UK – would be a more welcome prospect than allowing multinational tech companies to access health records in order to develop new medicines, and then charge the NHS to use them.

Based in Oxford – in the heart of UK science’s so-called ‘golden triangle’ – Drayson’s company, Sensyne Health, was only floated last year (at a market value of £225m) but has already developed a raft of innovative AI tools in such fields as acute medicine, lung and heart disease and diabetes. But rather than cream off the rewards solely for shareholders, the company’s business model is founded on the premise that the NHS should benefit financially from its data resources: in exchange for ethical access to anonymised patient data, NHS Trusts receive an equity stake in the company as well as a share of royalties from any medical discoveries resulting from the AI analysis.

Paul Drayson, who has a PhD in robotics, argues that it has also become very difficult for an organisation the size of the NHS to clean and manage its information in one coherent dataset. And at a time when resources are so stretched, a data-led revolution might just be the shot in the arm that the NHS needs.

“Remember that patient records used to be at the end of the hospital bed, filled in with paper and pen,” Drayson says. “Well, now – and increasingly – that information is stored on computer and as medicines become more complex, and as databases have got larger and larger, the analysis of that data is really beyond human understanding.”

He adds: “So, we need to use new tools and machine learning and artificial intelligence to be able to make sense of this data and drive new insights, which allow us to improve that care. And we need to do that in a way which is consistent with the values of our NHS and that’s why Sensyne Health was created: for profit, we are a publicly-listed company that works in partnership with the National Health Service to create a social impact and recycle a share of the financial returns generated from this type of work back into the NHS.”

Sensyne Health has struck up contracts with a number of NHS trusts in England – working with the likes of NHS South Warwickshire, NHS Oxford University Hospitals, NHS Chelsea & Westminster Hospital and the Royal Berkshire NHS Foundation Trust; the contracts are non-exclusive because the company does not believe in monopolising NHS data for its own ends. Sensyne also has strategic research agreements pending and Drayson’s speech at the FutureScot conference is a clear sign it wants to bring some its work to the Scottish market.

With creeping marketisation arguably an even bigger concern north of the Border, Drayson places great emphasis on the fact his company seeks only access to ‘anonymised data’, as trust levels remain critical when it comes to privacy and confidentiality. He even went so far as to commission research into his proposition, and the results have been encouraging. A survey by YouGov found that more than three quarters of the public support analysis of anonymised NHS patient data by medical researchers. However, just 13 per cent of respondents to the poll said that they would trust multinational tech companies to handle their health data in a confidential manner, while 69 per cent raised concerns about it being analysed in countries with different laws governing data security.

So far, Sensyne Health has developed five core AI-based products, which have all been put through the paces of clinical trials. SEND uses algorithms to trigger early warning notifications to clinicians when hospital patients beging to show signs of deterioration; GDm-Health is a prescribed digital therapeutic for the management of gestational diabetes at home; EDGE is for the self-management of chronic obstructive pulmonary disease; CleanSpace helps monitor personal exposure to air pollution, and its links to disease; and Support-HF helps patients with heart failure to better manage their care. All of the products are supported by user-friendly mobile and tablet-based apps, are able to develop unique profiles of the users, and in turn that data can be remotely overseen by clinicians, with clinical markers flagged up by the underpinning algorithms which can then start to predict any early warning signs in the patient’s health.

“I really believe through my experience as an engineer and through my experience in government that it’s possible to use modern technology, within ethical frameworks, which will support clinicians, help patients self-manage their care more at home and improve outcomes over the long-term,” says Drayson. “If it is led by the clinicians, the doctors and nurses who are working with the programme, then that means working locally. That’s why we’re here in Glasgow because we want to develop those partnerships here and to invest in the development of these programmes here in Scotland.”

This article appeared in the Autumn issue of FutureScot Magazine, distributed in The Times Scotland on Saturday, November 23.

Building services around the citizen

Scottish businesses invest in cyber but digital skills holding them back, survey finds