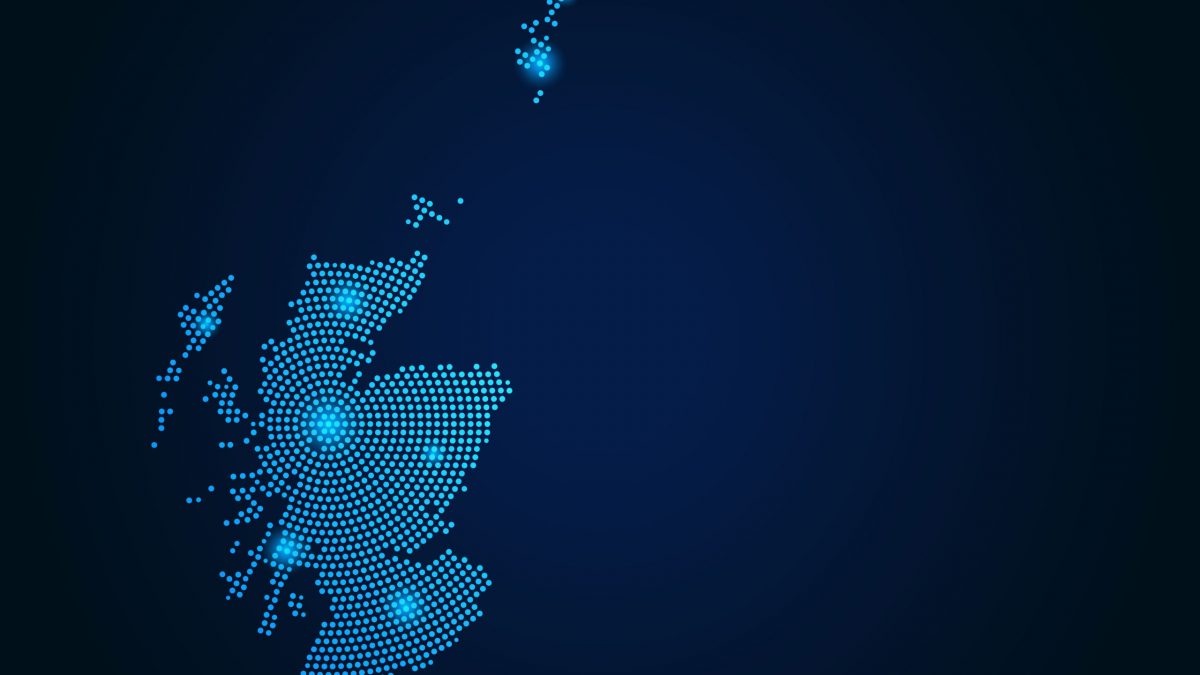 A refreshed national digital strategy for Scotland will be “commensurate” with the level of economic and social shock experienced during the Covid-19 pandemic, according to the Scottish Government’s digital director.

Colin Cook revealed some of the detail behind government thinking on an updated national vision for digital, which will be based on an increased level of cooperation with industry, local government and the third sector, following a number of key partnerships formed in response to the coronavirus.

The Scottish Government’s digital directorate worked closely with local authorities and the voluntary sector on the creation of the Connecting Scotland programme in early 2020, which sought to put digital equipment and data in the hands of some of Scotland’s most digitally excluded and socially marginalised groups during lockdown.

To date, the programme has now been allocated £43m in government funding and will benefit 50,000 people by the end of 2021. Government has also played a role working with ScotlandIS, the tech trade body and the tech volunteers who spearheaded emergency work carried out by the Scottish Tech Army during the pandemic.

All of the partnerships that have been established during lockdown have underpinned the joint approach between government and COSLA – the umbrella group for Scotland’s 32 local authorities – who launched a consultation process together. Work is now underway to assess the responses to that consultation, which was scheduled to close on 23 December, before an expected formal unveiling of the new document in spring 2021.

Cook said: “We have been overwhelmed and delighted by the responses we have received thus far, and we will be taking time to study those before the strategy becomes public, which we anticipate will be some time in spring. Despite the most challenging of circumstances, the enthusiasm for building an even better digital Scotland has never been greater.”

Speaking at Digital Scotland, the annual public sector digital and data conference on 1 December (organised by FutureScot), he said that the lessons learned since March will form part of how Scotland recovers from the coronavirus crisis. “My hopes for the consultation are clear. That through the responses that we receive we energise all of those with an interest in the success of Scotland as a digital nation, that we learn the lessons of the past, and in particular the lessons of the past few months, and together that we identify and commit ourselves to a programme of change that can be seen as being equal, and as being commensurate to the level of social and economic shock that we are all experiencing.”

Cook added that the pandemic has “changed and arguably destroyed some of our traditional assumptions and business models” and it is only natural that the updated national digital strategy – which was originally conceived in 2017 – will have to respond accordingly. The impact of the virus has meant government has had to act with speed and agility in the way it deploys its services, which are increasingly moving onto cloud-based platforms.

Finance secretary Kate Forbes delivered a keynote speech at Digital Scotland in which she reaffirmed her commitment, as the former public finance and digital minister, to digital being at the centre of government plans. In September’s programme for government, digital – and connectivity especially – has risen right to the top of the agenda, a fact that was echoed by Forbes as she addressed delegates at the virtual event.

She said: “The pandemic has been the greatest challenge of our time with previously unimaginable impacts felt right across Scotland. But alongside those challenges have been successes, particularly when it comes to digital; it’s been incredible to see how

rapidly and successfully organisations have adapted innovatively to the pandemic. It’s widely agreed that we’ve seen digital technology progress in the public sector at a pace that would have previously taken years, and now only taking months. And that acceleration in digitisation is absolutely key to our economic recovery.”

She added: “Since my time as minister for digital I’ve been striving to establish an ambitious and coherent national strategy for Scottish tech. And this is important now more than ever as we recover from the pandemic.”

Forbes praised the efforts of the Scottish Tech Army that had helped support more than 100 emergency projects, including the delivery of vital PPE to those who needed protection, to providing technical support to voluntary organisations.

“It’s been an incredible achievement which has benefited businesses and communities right across Scotland. I also want to highlight CivTech which has continued through the crisis to prove how well businesses can work with the public sector to achieve innovative solutions and I commend its work in helping to build the Scottish Tech Army.”

As for other future digital developments, Forbes has been closely involved with The Data Lab – Scotland’s innovation centre for data and artificial intelligence (AI) – on a national strategy for AI, which is also likely to be published early in 2021.

She said: “Scotland is well placed to harness the potential of data and innovation and the strategy will maximise the potential economic, social and environmental benefits of AI. We’ve consulted on proposals, conducted a public engagement programme and run working groups, and that has all informed the development of the strategy and kept it grounded in a distinctive Scottish approach that places people at its centre. We’ll continue to engage an alliance of organisations and citizens to deliver our aims and we look forward to publishing the AI strategy next spring.”

Gillian Docherty, CEO of The Data Lab, commented: “It’s been really exciting over the last few years to work across some amazing projects in the public sector and more recently supporting the government in the development of the AI strategy for Scotland, which really is all about putting our citizens at the heart. When other countries look at how we are building this strategy, we are ahead in terms of the breadth of engagement to make sure our strategy is what we want it to be.” She added: “We’ve also been really encouraged over the last nine months, and hugely impressed, by how our public sector organisations have worked together, leveraging data and new techniques to handle lots of the challenges when it comes to Covid, particularly the data and intelligence network that has been formed, and supporting The Data Lab.”

Key areas of the digital strategy

Digital infrastructure is seen as critical national infrastructure and can be the basis of an investment-led, sustainable green recovery, using green data centres linked to renewable energy and with direct, resilient links to the global internet.

A digital country is an inclusive country where nobody is left behind by the benefits of new technology. Part of this is geographical access – ensuring remote communities are connected – but also about access to equipment and the affordability of data.

Encouraging businesses to explore digital marketing, and the power of data as they adopt agile processes and take advantage of international connectivity. Creating a digital and data economy with government supporting business and companies to build digital capabilities and skills, through various funding mechanisms. The approach will also seek to create value from national research data.

Supporting Scotland’s efforts to forge a distinct place on the international stage based upon a willingness to consider and collaborate with partners in addressing the new ethical, moral and regulatory questions posed by the digital world.

Transforming government, national and local, into ‘truly digital organisations’ where digital skills and cultures can be leveraged, that use technology in an appropriate and considered manner and where services are delivered via cloud-based technologies which free up resources. Those services will increasingly be based on common and shared platforms.

‘If Larry Page had attended a Scottish university, Google might never have happened’

Fujitsu: There for our customers and for Scotland