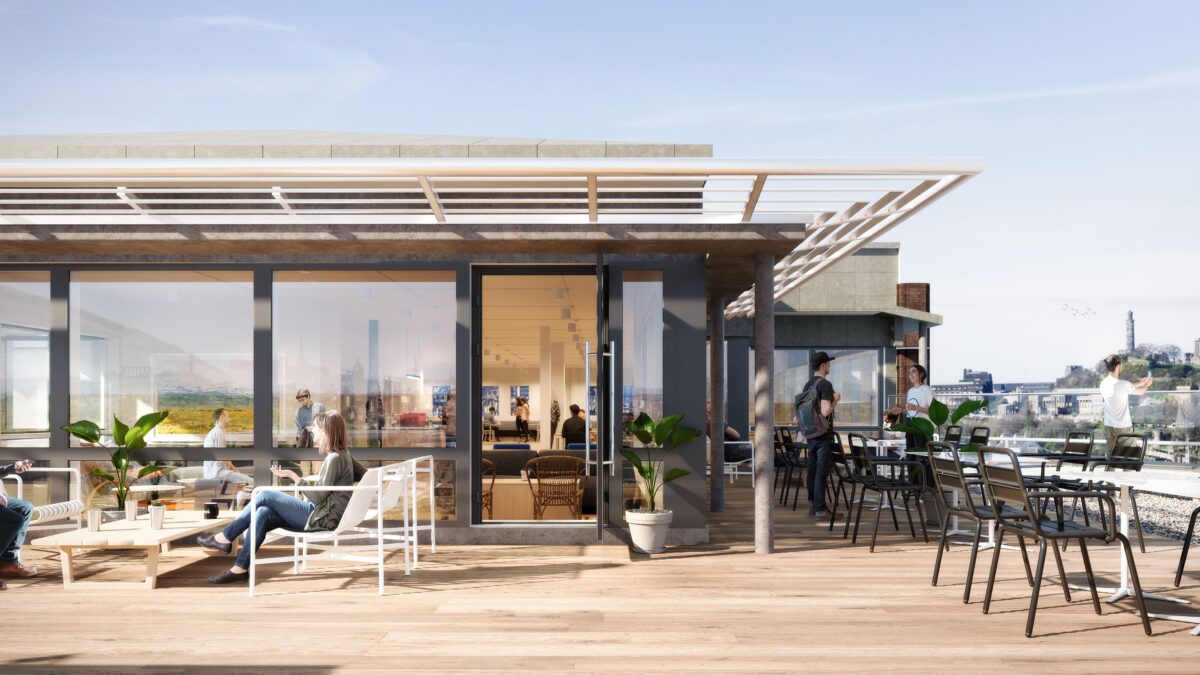 WeWork Edinburgh has almost leased out its available office space less than a month after its official launch, according to the company.

Despite its well-publicised corporate difficulties, around 1,000 ‘members’ have signed up to take space in the 80 George Street building since opening on October 1 and such has been the interest that there is just one unlet office remaining.

Boasting sweeping views from its roof top terrace – overlooking Edinburgh Castle, and which in the past has been used as a broadcast location by the BBC – the facility, which spans six floors, has been in high demand from tech workers and start-ups across the city, who can take up a mix of individual desk and office spaces, starting from £250-a-month.

The firm was not willing to go officially on the record this week but confirmed that the demand has been “really encouraging” and that it has worked with third party vendors to put right early teething troubles which impacted on the internet connectivity of some users. Its UK General Manager Mathieu Proust – the former General Manager of Uber Eats in the UK – has been in the city meeting members and also local business stakeholder groups, including the Chambers of Commerce. The reception to the new facility, which also boasts a WeWork ‘lab space’, run in the style of a business incubator, helping start-up tech companies with advice and mentoring, has been very positive, according to the firm.

Inside, the building has a stripped back industrial look and feel, with exposed air ducts, pipes and beams; the Scandinavian-style hardwood floors and furniture, plants and greenery, brushed steel kitchen appliances (all the mod cons from dishwashers to fridges and microwaves), not to mention the beer on tap and barista station for free coffees, is deliberately designed to appeal to the modern tech worker.

Open plan desk spaces are available but there are also individual offices for companies to settle into, as well as phone-box style booths where people can make private calls and meeting spaces which can be booked via the WeWork app. In terms of its environmental credentials and carbon footprint, single use plastic is not deployed anywhere in the building, the lights are on motion sensors, so automatically switch off when rooms are vacated and the use of space is said to be two times more efficient than the average.

Against all the excitement of the new Edinburgh office space opening, which adds to WeWork’s extensive London presence, as well as bases in Manchester and Cambridge, the big story in the background this week has been the company’s well-publicised $5bn bail-out by Japan’s SoftBank Group, which has helped shore up its financial position following the collapse of its stock market listing. However, that has not appeared to dent the enthusiasm of Edinburgh’s tech community which has been enticed by a very well kitted out and attractive office space that is sadly all too lacking in the city.