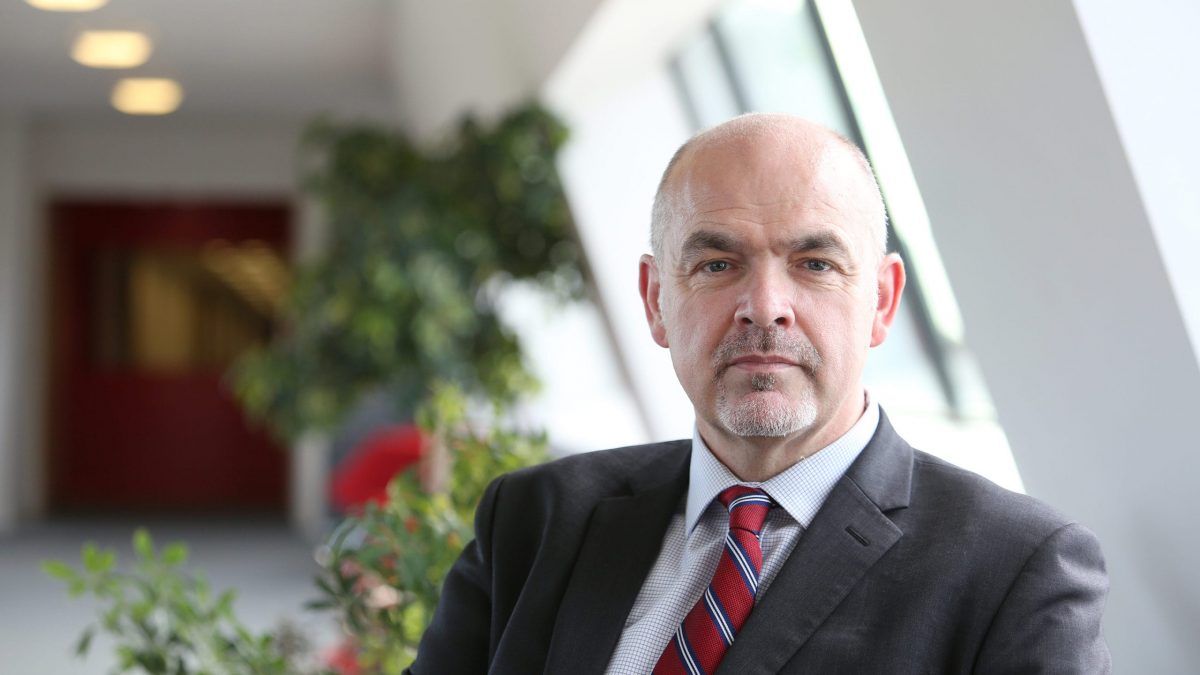 When we spoke recently, Dr George Baxter was justifiably elated. The first reason was the news that morning of the unexpectedly swift rollout of a vaccine for Covid-19.

The second was the announcement by Edinburgh Innovations (EI) that Resolution Therapeutics, one of The University of Edinburgh’s spinout companies that EI supports, had announced funding of £26.6m from Syncona, a specialist healthcare investment company, to gain early clinical data for its first product: cell treatments to treat and repair advanced liver damage instead of the condition requiring a transplant.

Dr George Baxter is chief executive officer of EI, the university’s commercialisation service, which was 50 years old in 2019 (and while celebrations have been put on hold owing to the coronavirus pandemic there were at that stage 100 research projects related to Covid-19 on EI’s books).

It was also a record year for EI itself. It launched 88 new companies, organised spinouts and startups that totalled a record £32.6m in investment and secured £55.4m in translational and industry awards to fuel collaborative innovation.

As a 100% owned subsidiary of Edinburgh University, EI is able to keep the commercial activities of the university discrete, meaning that surplus revenue generated is ploughed back into the university’s core purposes of research and teaching.

“We expect this year to be another record year, working with more than 100 companies comprising a mixture of startups and spinouts,” he said. “That will make us one of the top five universities in the UK for startup companies.”

EI’s client companies represent a wide range of sectors, from offshore decommissioning and hydrogen storage to fintech. “We operate across the whole spectrum as with 5,500 academic staff at the university there probably isn’t an area in which someone doesn’t have a research interest,” said Dr George Baxter.

One, Earth Blox, recently emerged triumphant at both the 2020 Converge and Scottish EDGE16 Awards, and was invited by Google to present at the technology giant’s 9th Annual Geo4Good Summit.

Earth Blox was co-founded by Dr Genevieve Patenaude and Professor Iain Woodhouse, both from the School of Geosciences at Edinburgh University, and Sam Fleming, and has created code-free, cloud-based mapping software which simplifies access to planetary scale satellite analysis in ways that help explore environmental impacts involving deforestation and disaster mapping, among others.

“That is a fascinating company as it’s something that fits into our role in working with partners to establish the Edinburgh region as the data capital of Europe, attracting investment, fuelling entrepreneurship and delivering growth with the help of the Edinburgh and South East Scotland City Region Deal,” said Dr George Baxter.

Another client is agritech company Crover, which has reached the final stages of Startup Battlefield, one of the world’s leading startup competitions. Founded by Dr Lorenzo Conti, the company has developed the world’s first robotic device able to provide information on the global grain storage market and monitor expensive spoilage and infestation, information that is otherwise impossible to gather.

With a number of accelerators and incubators around the university, EI has the advantage of being part of what is one of the world’s top-20 research universities. “That gives us a tremendous breadth of expertise in multiple areas,” said Dr George Baxter. “Also, we operate at scale: we are by far the largest knowledge exchange operation in Scotland and one of the largest in the UK. So we can deal with everything from a relatively small student start-up to a spin-out of the order of Resolution Therapeutics.”

EI also has its own venture capital vehicle, Old College Capital, which invests on behalf of The University of Edinburgh and has access to a wide range of additional venture capital. “At the moment we’re dealing with some 30 sources of external funding,” he said.

“And that combined with our expertise across so many areas of knowledge exchange allows us to operate at a scale that many universities would struggle to get to.”

The coronavirus crisis, he added, has done nothing to curtail EI’s activity. “What has been incredible is that we are actually busier than ever. On top of the ‘business as usual’ – working with the academics, consultancies and industrial partnerships – we’re working on around 100 Covid-related projects.

“These range from working with suppliers of protective equipment and assessing how we can better manufacture that, through to the recycling of PPE and a project with a company that wanted to rapidly upgrade its manufacturing facility to produce high-concentration alcohol hand wash.” Looking across the Scottish, UK and international economy he said: “The crisis has thrown up challenges to all sorts of companies as to how they are going to survive and thrive. And one of the first ports of call is a university like this and the innovation it provides though EI. It might sound clichéd to say we are here to improve the world but that’s actually what we are here to do.”

Equipping Scotland’s workforce for digital future in housing and healthcare