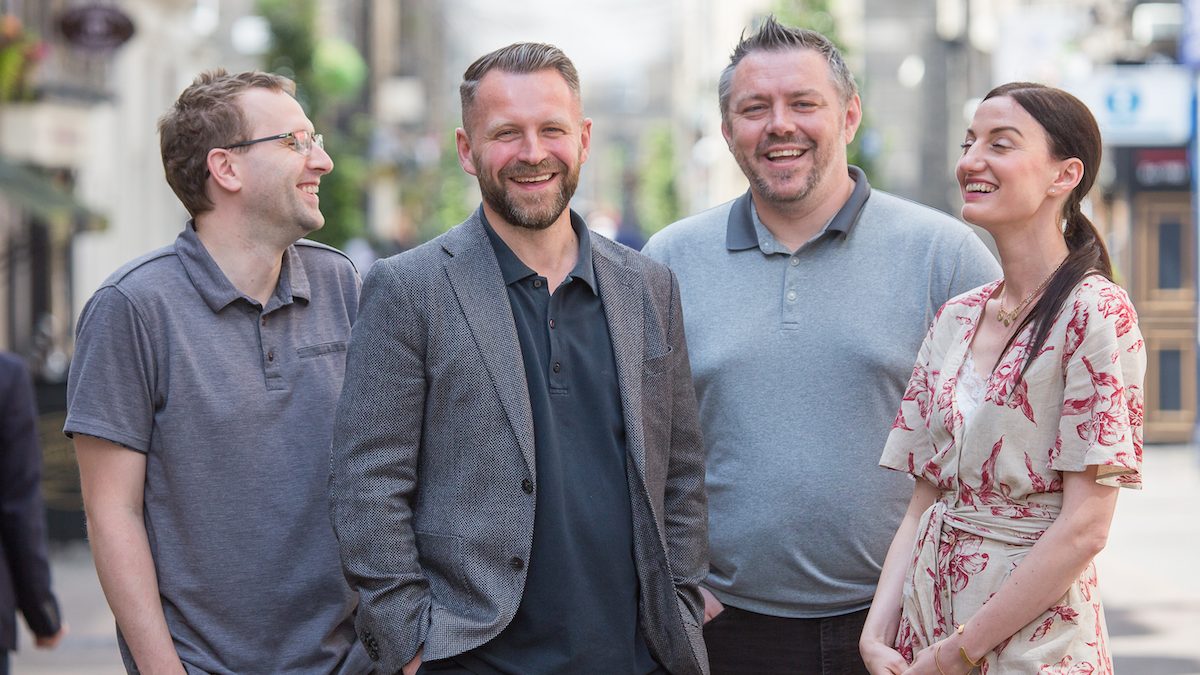 A company whose platform helps organisations track wellbeing levels among staff has grown fivefold since embarking on a Scottish Government-backed innovation programme.

Trickle, which developed a workforce engagement solution 12 months ago as part of the national CivTech tech accelerator, has quickly proved its worth by building up a solid bank of customers and is targeting £1m in revenues.

The tech firm responded to one of the CivTech challenges laid down by the Scottish Government’s digital directorate in 2018, which wanted better insights into the feelings and wellbeing of its 400 staff.

After beating off three rival companies to secure the initial £25k contract, it rapidly scaled its product to ‘solve’ the directorate’s challenge.

And from taking part in Demo Day 3.0, at Edinburgh International Conference Centre (EICC) in February 2019, Founder and CEO Paul Reid picked up an additional 25 prospects.

Of those 25 leads, 10 piloted the Trickle product and eight have now converted into paying customers.

According to Reid, whose company is based at the Wework offices in Edinburgh, Trickle’s turnover has reached six figures in 12 months and is targeting £1m within three years.

“Positive word of mouth has led to us growing at a much faster rate than anticipated,” says Reid, whose company also celebrated a £1m worth of seed funding before Christmas, from venture capital firm TechStart Ventures and several angel investors whom Reid worked with at his previous venture.

He added: “Without doubt the CivTech platform – being able to demonstrate our product to an audience of 500 people – and then the interest we had from all the people who attended has been incredible, and has led on to the investment. A third of the people we met that day are now paying customers.”

Reid said also that the quality of content available on the CivTech programme – which offers not only a guaranteed customer at the end of the process but access to mentorship, coaching and workshops – has helped build and scale his product at scale.

“I’ve worked in start-ups in Scotland for 25 years now, and you might think I’ve learnt it all and why would I go on an Accelerator. But the quality of the content and the people you meet is exceptional,” adds Reid. “If you’ve got the inkling of an idea that you’ve been playing around with in your head and you can align it to one of the CivTech challenges, it’s 100% worth applying for, because you just don’t get those opportunities elsewhere.”

Reid and his company return to the EICC on Wednesday, March 4, for CivTech Demo Day 4.0. This time round, he has responded to a similar challenge laid down by West Dunbartonshire Council, which is aiming to improve employee wellbeing, using the Trickle platform.

Reid, whose team of six is expanding to eight this year, says the platform, which allows realtime feedback – in the form of ‘trickles’ – is a ground-up approach to running a large organisation, to compliment the usual top-down approach.

“Not all large organisations have a problem soley because of their size, but most do have a top-down approach to management and engaging their people. That can leave employees feeling disconnected from decision-making and feeling that they are not being listened to. The benefits of using the Trickle platform is that people are finding they have more of a chance to be involved, and more of a voice – which leads toa greater sense of belonging.”

The other benefit, he says, is that it allows organisations to understand how they tick. One of the features of the platform is that users can opt to post feedback anonymously or not. Organisations that have a high rate of anonymity might well have what Reid describes as a low level of ‘psychological safety’, meaning employees feel less confident to speak up about issues they experience in the workplace.

“It can highlight challenges an organisation might have,” says Reid. “Because people don’t feel like they can speak up. It can give organisations a driver to put more effort into internal communications or into the way they do one-to-one reviews with people. It’s very hard to measure that unless you have a platform like Trickle.”

Since winning one of the CivTech 3.0 challenges, Reid now counts two other Scottish Government directorates among his customer base. The company has also signed up Disclosure Scotland, NHS Education for Scotland, NHS National Services Scotland and NHS Lothian.

It is focusing its growth in the UK public sector market and has signed up a large healthcare provider in England and is running pilots with two private sector companies – one of which is a massive multinational legal company.

“Speed to market and access to investment are really crucial to us because the engagement and wellbeing market, particularly wellbeing, is really a big growth area right now,” says Reid.

And as for having the aspirations to become the world’s leading HR-tech platform, he adds: “We’ve certainly got the aspirations to do that. Edinburgh is a brilliant place to grow and scale a business and there’s a lot of things in our favour. You obviously need loads of luck but we feel like we’ve got access to capital, access to the CivTech experience, a good location and a great customer base; if we can amplify these things, then why not.”

If you want to play a part in building Scotland’s tech economy for good, by experiencing the challenges and to soak up the atmosphere of CivTech 4.0 Demo Day at the EICC on Wednesday, March 4, you can register for free to attend on the link below.