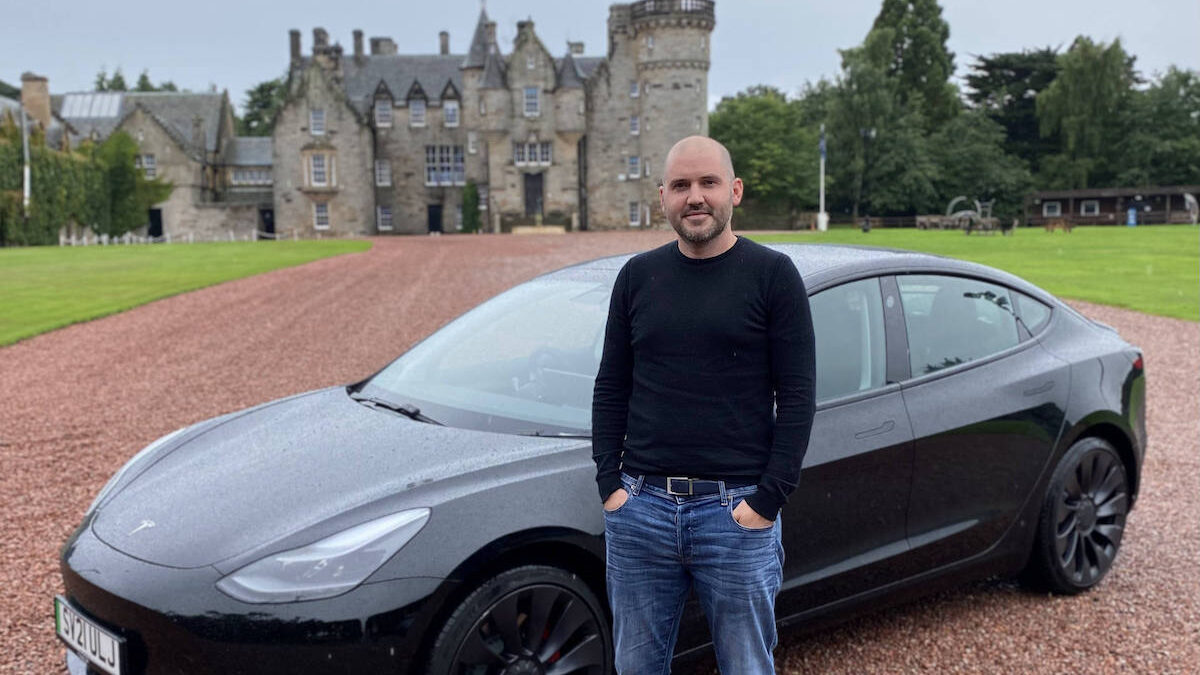 An ethical electric car fintech leasing company has secured over £1m in seed investment capital and was among the winners last week in a national business awards ceremony.

Loveelectric.cars – an Edinburgh-based start-up – received a Scottish EDGE prize last week after impressing judges with its rapid expansion since being established in September 2021.

The £70,000 prize will be used to fund a major STV airtime campaign to promote the loveelectric.cars brand and wide range of electric vehicles offered through its workplace platform.

The fintech works like the bike-to-work scheme. Employees sacrifice a portion of their salary in return for a new electric car, which the firms claims will typically save 50 per cent of annual motor costs through income tax and national insurance savings.

Steve Tigar, founder and CEO of loveelectric.cars, said: “We’re absolutely thrilled to have been recognised by the Scottish EDGE judges, following a highly competitive application process and assessment. It’s also fantastic that this prize follows on from loveelectric.cars winning the Digital Start-up of the Year at the ScotlandIS Digital Technology Awards in May.”

Seed capital has played a key role in loveelectric.cars’ development, raising £925,000 from Techstart Ventures, Marchmont Ventures and investors Stephen Garland, the former chief technology and product officer for review website, Trustpilot – and Bill Dobbie, the serial entrepreneur and investor. Together with the Scottish EDGE award, this takes the total loveelectric.cars has raised to over £1 million.

Garland said: “I am delighted to take part in the seed round with loveelectric.cars. Steve and his team have a strong heritage and a robust proposition, which align heavily towards my core beliefs in supporting businesses which deliver towards a sustainable future for all.”

Bill Dobbie’s portfolio of digital and technology investments include LendingCrowd, Flavourly, Houseology, and Tag Games. Bill is the founder of R&B Distillers, the owner of Raasay Distillery, and founded the first ever dating site – Cupid plc.

Tigar said: “Support from the seed capital community has been pivotal to our ability to scale up so quickly and it has been incredibly rewarding to work with such experienced investors. Because of their belief and backing in loveelectric.cars, we now see a world where sustainable transport is commonplace.

“We’re delighted that Marchmont Ventures, Techstart Ventures, Stephen Garland, Bill Dobbie, and others have joined us in achieving that vision. In just a few months, we have signed up more than 30,000 employees and thousands more continue to join every month.”

loveelectric.cars is also a B Corp (pending). This means it is being subject to independent verification and meeting high standards of verified performance, accountability, and transparency.

Forty high-growth entrepreneurial businesses were rewarded at Scottish EDGE for their innovation, with a total investment of over £1.5 million. Amongst the major beneficiaries was Edinburgh-based Lentitek Ltd, which received a contribution of £100,000 towards the provision of next-generation cancer therapy treatment.

It brings the total now awarded to early stage, high growth businesses to over £20 million across 19 rounds and some 500 applicants, with winners invited to contribute a minimum of 1 per cent of exit proceeds back into the fund to ensure its long-term sustainability.