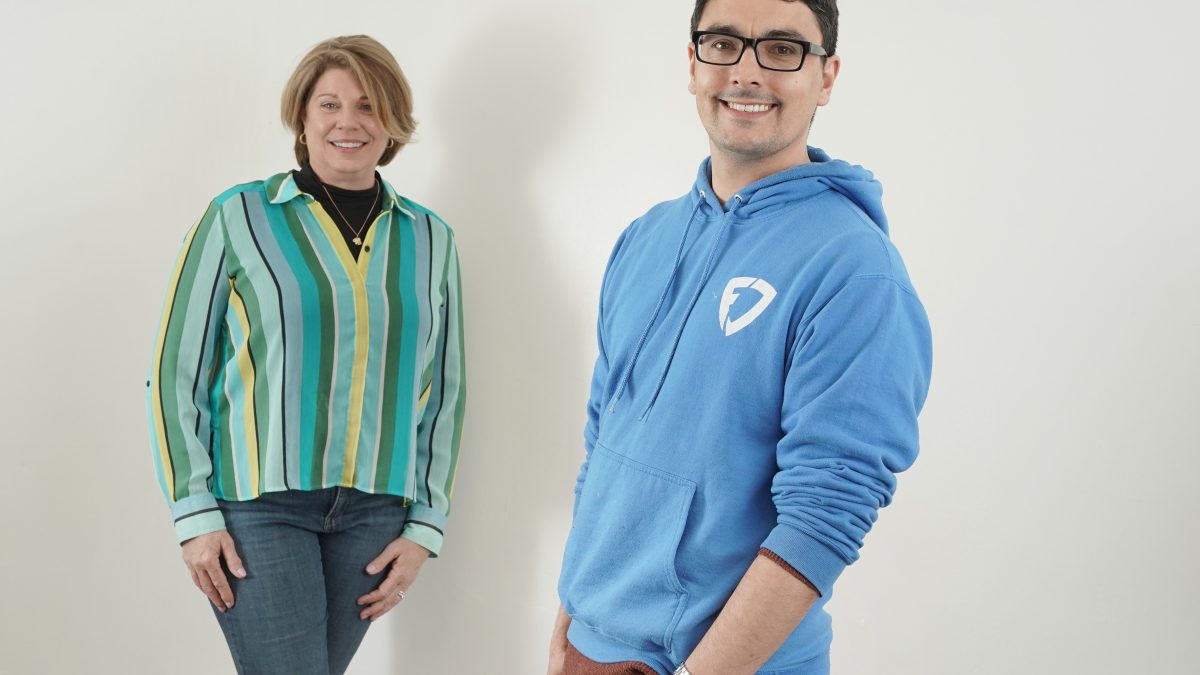 Codeclan 1 SA : Codeclan CEO Melinda Matthews-Clarkson and Justin Kerestes of FanDuel Picture by Stewart Attwood All images © Stewart Attwood Photography 2021. All other rights are reserved. Use in any other context is expressly prohibited without prior permission. No Syndication Permitted. Fee for Use
Business & Economy

FanDuel co-founders Nigel Eccles and Rob Jones have launched a new video game and esports ‘social streaming’ platform, Flick. Based in Edinburgh, they say it will provide “a new way for gamers to share and watch gaming content with their friends”.

Its website is currently looking for “top-tier engineers” to help build platforms for the PC and mobile gaming sectors.

“With over 2 billion gamers and nearly 700 million people who regularly watch gaming video content, this is a huge market. We want to give these avid fans an entirely new way of sharing their gaming experience with their friends,” it says.

Eccles stepped down from FanDuel, the daily fantasy sports platform, last November to “focus on his next venture”. Jones’ Linkedin page shows he is still FanDuel’s executive vice president of product design and customer experience, though he is reported to have stepped down “late last year” to join Flick as its chief product officer.

Rob Jones said in a statement: “Whilst the esports market is still relatively young, it is growing fast and we feel there is a huge opportunity there.

“We know we work well together and have already proven we have the capability to build a global business from here in Scotland. For this new company we plan to leverage Scotland’s deep expertise in video game development.”

Eccles and his wife and fellow co-founder Lesley Eccles stepped down after failing to secure a merger with US rival DraftKings. FanDuel and DraftKings had both run up millions in losses in a costly competition battle in the US in an attempting to attract their most valuable respective players.

Class action lawsuits and regulatory inquiries raised in a number of US states also drained cash for both operators.

FanDuel and DraftKings agreed to merge earlier in the year, though the idea was blocked by the US Federal Trade Commission which said a merger would create a “near-monopoly” in the market for prize-led daily fantasy sports contests.

Budget update: Responding to the cut in relief for entrepreneurs