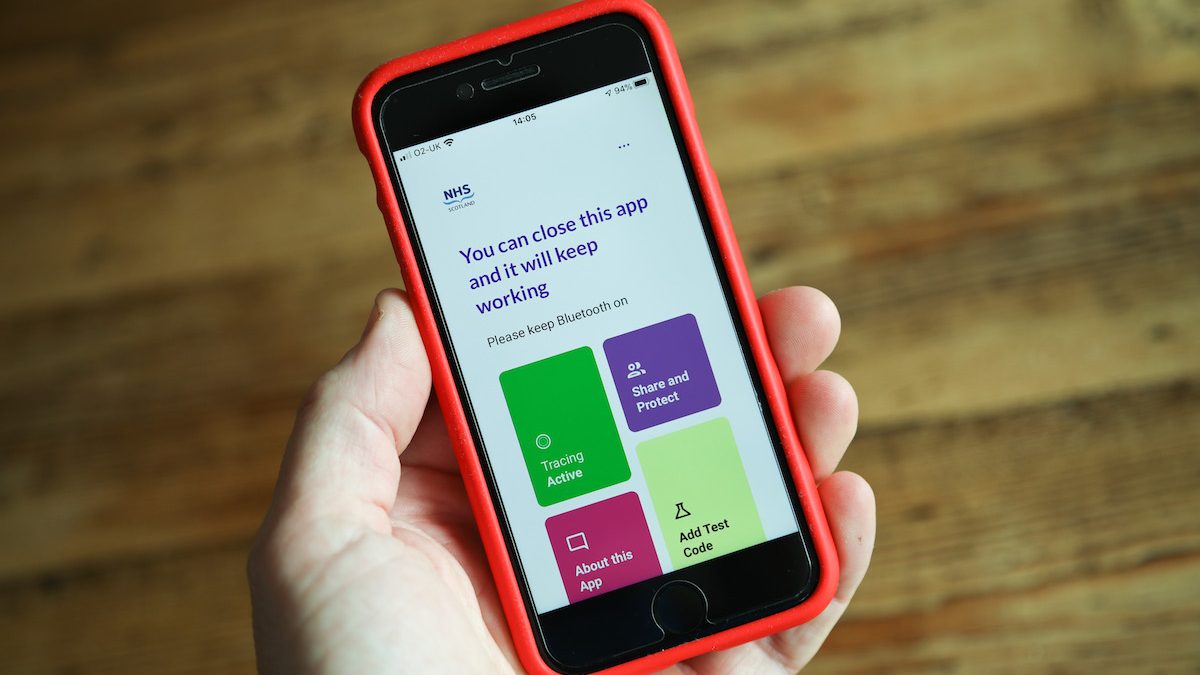 Nicola Sturgeon has thanked the nation as more than half a million people downloaded the new Protect Scotland proximity tracing app within hours of its release.

The First Minister had urged smartphone users across the country to download the new app which alerts users if they have been in close contact with someone who has tested positive for COVID-19.

The Protect Scotland app, which is based on Bluetooth technology, is an extra tool complementing existing person-to-person contact tracing which remains the main component of NHS Scotland’s Test and Protect system.

As of 11pm last night, National Clinical Director Jason Leitch revealed on Twitter that 501,659 had downloaded the app since its launch shortly before lunchtime on Thursday. On Friday morning that stat had increased to 595,593.

Responding to the news Nicola Sturgeon said: “My thanks to the HALF A MILLION plus of you who have already downloaded the Protect Scotland app. Please keep spreading the word – the more who use it, the more effective it will be. We are in this together and together we can save lives. Download at http://Protect.scot   “

The app does not store details on an individual or their location but uses encrypted, anonymised codes exchanged between smartphones to determine all close contacts. Close contacts are defined as people who have been within two metres of someone who has tested positive for 15 minutes.

Designed by software developers NearForm for NHS Scotland, as revealed last week, the app uses the same technology as the Republic of Ireland and Northern Irish proximity tracing apps.

Sign up is entirely voluntary but “strongly recommended” for those with compatible smartphones, which are Apple iPhones 6S and above and Android 6.0 and above.

The First Minister said: “The launch of the app is a welcome development which will offer an additional level of protection – supporting NHS Scotland’s Test and Protect system as it works to drive down the spread of COVID-19 across the country.

“I would encourage everyone to download the free app if they have a compatible smartphone, and help slow the spread of COVID-19. This will support the work of NHS Scotland and has the potential to help avoid local lockdowns.

“The more people who download and use the app, the more effective it can be in helping to make connections that may otherwise have been missed. This will allow people to self-isolate quickly if they are exposed to the virus, reducing the risk of them infecting others.

“We all have a part to play in suppressing the virus, and downloading the app – alongside other vital measures such as following hygiene and physical distancing guidance – will help protect you, your family and your community.

“We also know that not everyone uses a smartphone or will be able to or want to access the app, which is why this software is very much there to complement existing contact tracing methods.”

The media budget to support the launch of the app is £250,000. This involves TV, radio, press and digital advertising to provide a reach across 94% of the Scottish population and the campaign runs until 27 September. Part of the budget has been allocated to specific digital channels to target the 16-34 demographic via digital display, Facebook, Instagram, Twitter and TikTok.

The campaign is being supported by partnership outreach, SMS message to those individuals who signed up to SG shielding alert service and social media outreach.

Protect Scotland will be based on joint Apple and Google technology that has been in use in Ireland in the development of its Covid Tracker app, which has seen 1.5m downloads, equivalent to a quarter of the population, since its launch on July 7.

Cian Ó Maidín, CEO, NearForm said: “We’re delighted to partner with NHS Scotland on the Protect Scotland app which puts power in citizens’ pockets to join the fight against COVID-19.

“This open source technology was built with privacy and data protection at its core and, through anonymous keys, allows Scottish citizens to engage, protect each other and break transmission chains.

“The Scottish Government has taken a great approach, using open source software, that has been peer reviewed and rolled out successfully in Ireland and Northern Ireland.”

The Apple-Google system – called the Google Apple Exposure Notification (GAEN) system – is set to be enhanced over the coming weeks with the addition of an ‘exposure notification express (ENE)’ system, which does not require public health service approved apps to be downloaded by users.

The app focuses solely on proximity tracing. If an individual tests positive for COVID-19, they will be sent a unique code to their mobile. If they give permission, the data will then be sent to a server so close contacts also using the app can be notified by text and advised to self-isolate. It will not include additional functionality such as QR code software to allow for venue check in/outs. It also will not include symptom checking as this is available via the NHS 24 COVID-19 app.

The Scottish Government and Irish Government joint arrangement came about after a meeting was brokered by Scotland’s Digital Health & Care Institute.

England’s version of the contact tracing app will be launched on September 24, the Department of Health confirmed on Friday.

Medical Visualisation Hackathon to be held at CodeBase