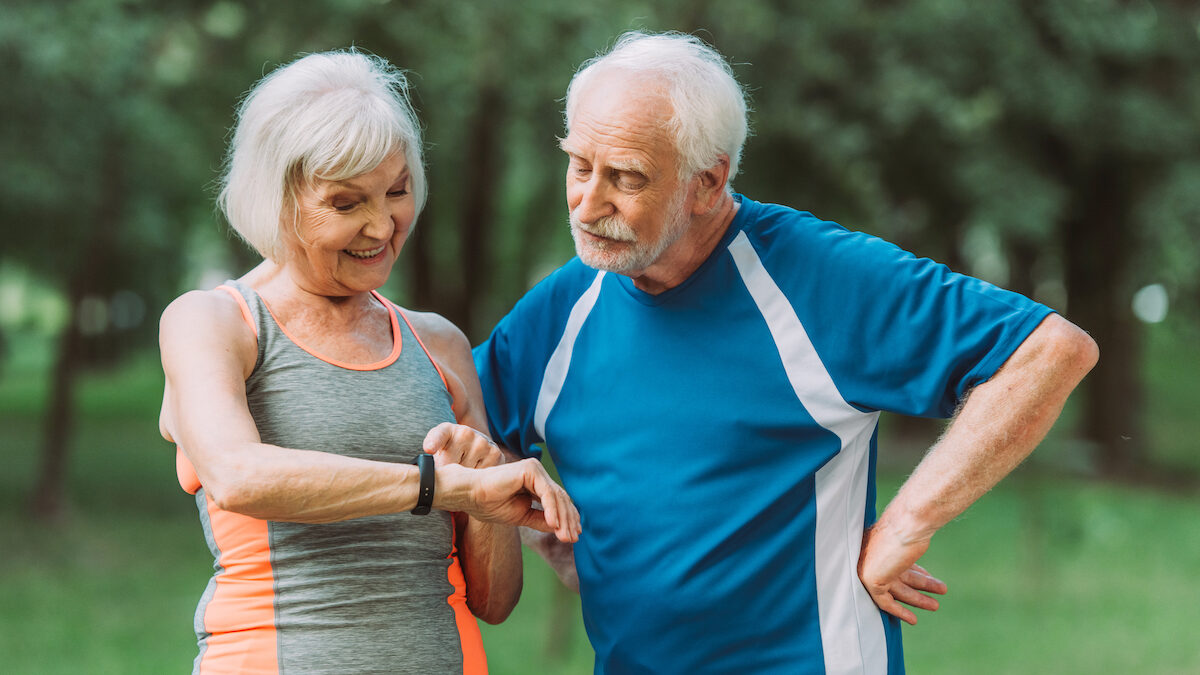 An Edinburgh start-up has secured £750,000 in innovation funding to explore whether wearable technologies can predict the risk of falls and other age-related health issues.

Smplicare landed the cash from UK Research & Innovation (UKRI) and private investors to carry out one of the UK’s largest research engagements of its kind involving AI, wearables and older adults.

The company, founded last year, will conduct a six-month study to examine if the use of Fitbits and other wearables can help predict and prevent falls in older people.

At the conclusion of the study, the startup plans to launch its digital platform inspiring older people to better manage their own health for widespread use next year (2023).

As part of the study, 300 individuals over 55 years old with a recent history of falls will be given a mainstream wearable device – such as Fitbit, Garmin or Polar – to produce data that will enable Smplicare to create an AI-powered algorithm that can predict and proactively alert to the likelihood of a future fall.

Latest UK Government figures show close to a third (30 per cent) of over 65s and half of over-80s fall at least once per year, incidents that cost the NHS more than £4.4bn annually. UK Government data also estimates that older population (65+) will grow by more than five million people by 2043, placing huge added pressure on the NHS and health boards as age related issues and illnesses rise.

Initially, the study will focus on better predicting the likelihood of falls, but the company will also gather a range of valuable insights impacting the UK’s elderly population such as body composition, digital inclusion, and behaviour change.

Smplicare is supported in the study by a team of leading data scientists at The Data Lab, Scotland’s innovation centre for data and AI, who will analyse user data and validate the AI-powered models.

Garrett Sprague, CEO & co-founder of Smplicare, said: “People often say ‘older adults don’t use technology’. That’s just not true anymore. Technology spending for adults over 65 – including wearables – exploded during the pandemic, up 350 per cent by some estimates.

“It’s not that older people don’t use technology – the reality is that they have a low tolerance for bad technology. Smplicares’ technology is simple and allows users to monitor and manage their own health data via our bespoke mobile dashboard which is co-designed alongside older adults.

“Our goal at Smplicare is to empower the future of independent ageing. By using everyday wearables and digital health devices we’re harnessing the data from devices people already have, to deliver actionable insights that promote wellbeing as we age.

“The need is immediate and immense, given the rapidly ageing population. This study is one of the largest ever conducted, and it will provide a huge amount of data that we will use to develop better and better tools to enable individuals to manage their personal health and maintain their independence in later life.”

Brian Hills, CEO, The Data Lab, said: “With pressure growing on the UK’s hospitals, care providers and health boards, this is exactly the type of data-driven innovation the country needs right now.

“As an ageing nation, we will face multiple health-related challenges in future. AI and data analytics are quickly becoming a go-to approaches to provide solutions to help solve these.

“Smplicare’s unique approach is squarely focused on improving people’s lives in a meaningful and practical way – a great example of using AI for the greater good.”