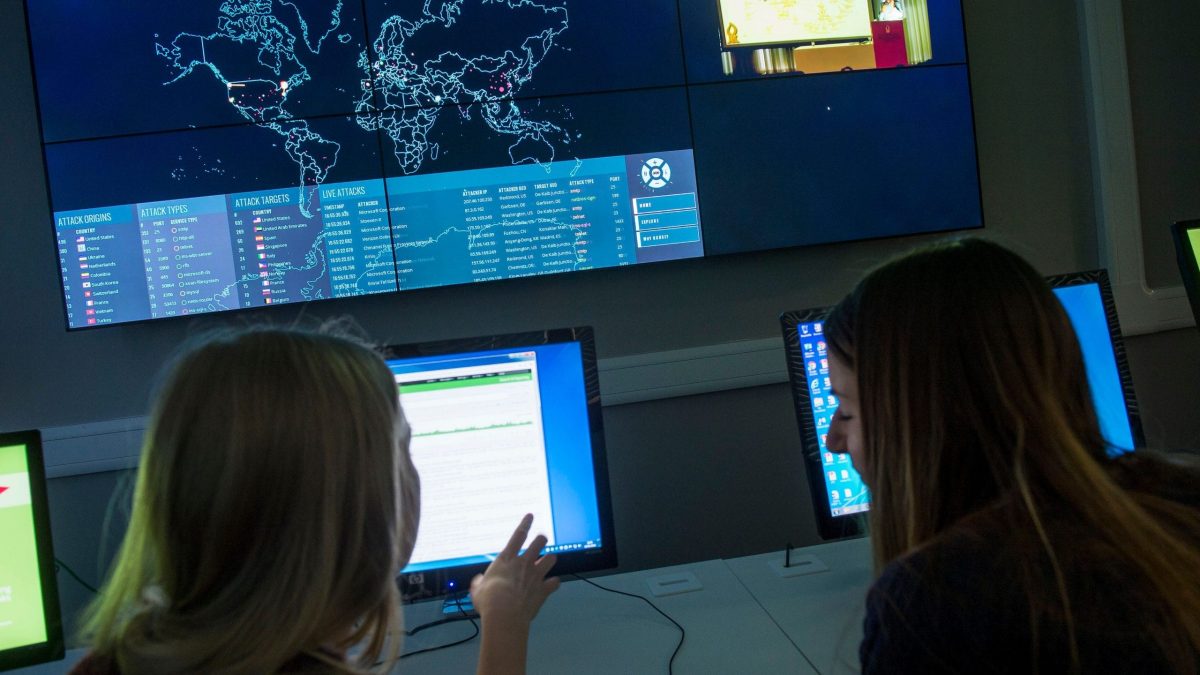 Pupils at nine schools in Scotland have been successful in reaching the semi-final stage of the 2021 CyberFirst Girls Competition, run by the National Cyber Security Centre.

Girls in Scotland have demonstrated their digital skills and codebreaking prowess by seeing off competition from thousands of rivals in the UK’s flagship cyber security contest.

More than 6,500 girls nationwide entered this year’s qualifying round, with teams from more than 600 schools tackling online cyber security puzzles for a chance to be named local champions and progress to the UK Grand Final.

The highest scoring teams will next take on their rivals in semi-finals in Northern Ireland, Scotland, Wales and English regions. Schools that have already accepted their place in the virtual semi-final include: Hyndland Secondary School in Glasgow and Carluke High School in Carluke.

The NCSC –  a part of GCHQ – is highlighting the strong nationwide participation in the contest and the success of semi-finalists today on the International Day of Women and Girls in Science on Thursday last week.

The CyberFirst Girls Competition is aimed at girls aged 12 to 13 starting to think about what subjects to take for their initial qualifications and its ambition is to inspire them to consider a career in cyber security – an industry where women are still under-represented.

NCSC Deputy Director for Cyber Growth, Chris Ensor yesterday said: “On International Day of Women and Girls in Science, we’re pleased to say that thousands of girls came forward to compete in this year’s CyberFirst Girls Competition and we congratulate the top teams which now go forward into the semi-finals.

These girls have opened the door to what could one day be an exciting and rewarding career, where more female representation is undoubtedly needed.

We owe a special thanks to teachers who encouraged pupils to take up this fun opportunity to engage with – and hopefully be inspired by – cyber security.

Digital Infrastructure Minister Matt Warman said: “It is marvellous to see so many girls showing an interest in cyber security and well done to those who made it to the next round.

“The cyber security industry needs talented people and I hope everyone who took part had fun and felt inspired to consider an exciting career cracking codes, disrupting cyber attacks and protecting our online spaces.”

UK Government Minister for Scotland Iain Stewart yesterday said: “The UK Government is proud to be working with Scottish schools to support girls into cyber security. This competition is a great opportunity for girls right across the UK to learn together and develop digital skills for a 21st century workforce. Best of luck to the Scottish pupils who have worked incredibly hard to get this far.”

Since launching in 2017, more than 37,000 girls have taken part in the CyberFirst Girls Competition.

Deputy First Minister John Swinney said: “The CyberFirst Girls Competition is a fantastic opportunity for girls to develop new skills and get a taste of just how rewarding a career in cyber security can be. Good luck to all those taking part this year.”

The challenges, covering cryptography, logic and networking, will be set by the NCSC with input from cyber security industry partners. The winners of these events will earn their place at the Grand Final in April, where the UK champions will be crowned. More information about the competition can be found on the NCSC’s website