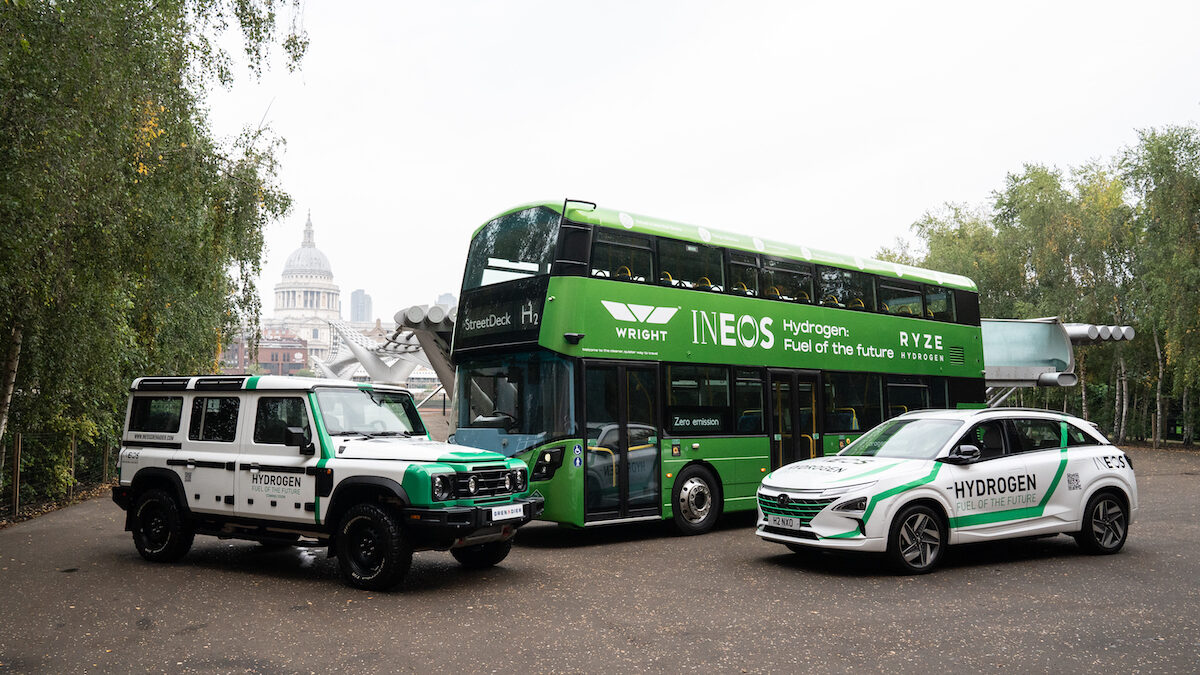 INEOS, the petrochemicals giant that operates one of the largest oil refineries in the UK, has announced a major shift towards green hydrogen as it transitions towards net zero fuel production.

The company, which operates the vast Grangemouth refinery near Falkirk, is investing £1.7bn in moving from diesel to the clean fuel for power generation, transportation and industrial use.

Jim Ratcliffe, company chief executive, made the announcement ahead of the Cop26 climate change summit in Glasgow next month with a national campaign aimed at promoting green hydrogen.

The firm has made a commitment to achieve net zero by 2045 with an emissions savings of more than 60 per cent across the Grangemouth site by 2030.

Sir Jim said: “Hydrogen is the dream fuel. You can heat your home with it. You can drive your car on it.  Burn it and all it produces is energy and the only by product is water. We can all live with that. The world has committed to hugely reducing its carbon emissions and hydrogen is unquestionably going to play a large part in accomplishing this goal.”

The firm’s hydrogen advocacy campaign will seek to draw attention to both the benefits and applications of hydrogen. The campaign will include significant billboard and digital advertising in London and Glasgow, a UK hydrogen bus tour and the exhibiting of a hydrogen-powered car at Cop26.

It unveiled the campaign with a focus on public transport showcasing a hydrogen-powered bus and a fleet of vehicles it aims to promote as part of the INEOS Automotive arm of the company.

Sir Jim said: “Hyundai, BMW, Mercedes etc. have many demonstration hydrogen engines happily driving around.  We will have a hydrogen INEOS Grenadier on test next year (alongside an electric version).  This piece of the jigsaw is the most advanced.”

The company’s automotive division is backing hydrogen fuel cells as the clean powertrain solution for future versions of its upcoming 4X4 vehicle. Thanks to a partnership agreement signed in November 2020, the Grenadier hydrogen fuel cell concept will use fuel cell technology from Hyundai Motor Company, with testing to begin by the end of 2022.

In the longer term, hydrogen’s other massive contribution to the reduction of greenhouse gases will be in the home heating space where natural gas can be replaced by hydrogen which could cut greenhouses gases by up to a third on its own.

Wherever possible, INEOS will continue to prioritise the production of green hydrogen which is made from water using electrolysis powered by renewable energy, but it is also investing in the production of blue hydrogen when the carbon produced can be safely captured and stored underground.

The company said in a statement that hydrogen is a ‘fabulous, clean source of energy that can be used as both a raw material for industry and as a power source for transport and the home. It has a massive role to play in lowering the UK’s greenhouse gas emissions and INEOS is committed to playing a leading role in the hydrogen revolution.’

INEOS through its subsidiary INOVYN is reportedly Europe’s largest existing operator of electrolysis, the critical technology which uses renewable energy to produce hydrogen for power generation, transportation and industrial use.

INEOS already produces and uses 400,000 tonnes of low carbon hydrogen every year, the equivalent of replacing up to 2 billion litres of diesel. It knows how to make, transport, store and use hydrogen.

Being a user and producer of hydrogen puts INEOS in a unique position at the heart of green hydrogen development. And the company has announced that it intends to invest more than €2 billion (£1.7bn) in new production of green hydrogen across Europe.