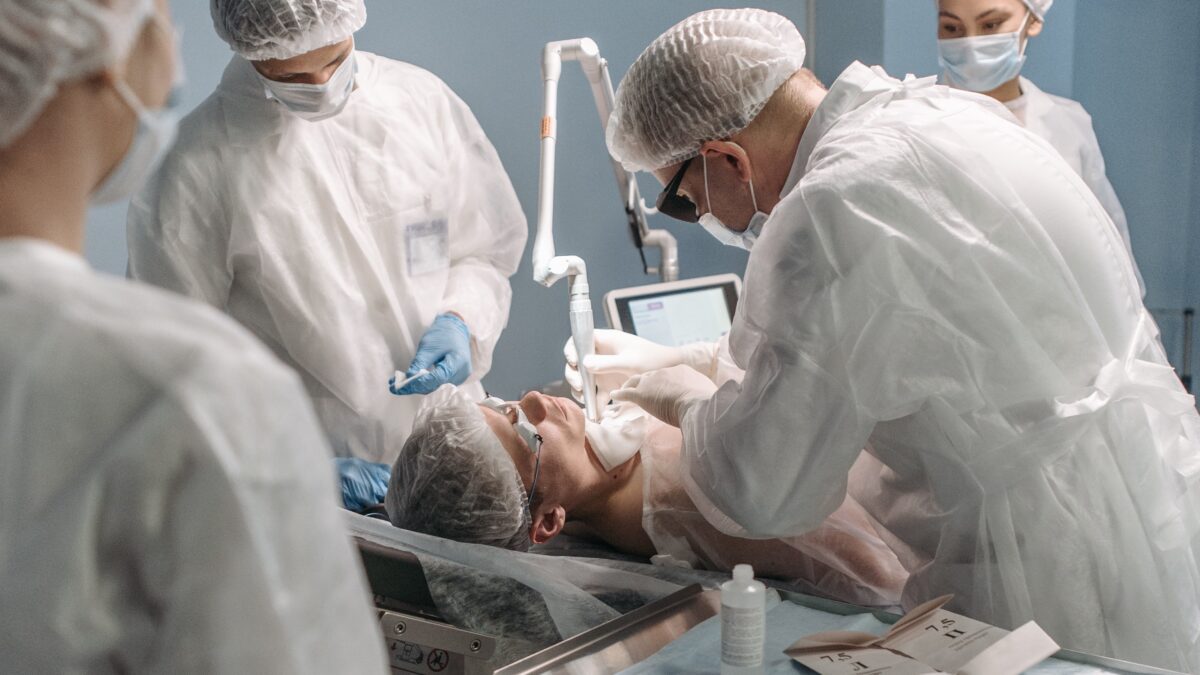 Scottish researchers have been awarded £1.25 million to develop a “groundbreaking” technique to restore surgeons’ sense of ‘feel’ when performing robotic surgery.

The new method will be used during keyhole operations to help decide how much of the patient’s tissue is affected by cancer and should be removed.

It is hoped the cutting-edge technology will improve cancer surgical outcomes and patient care by providing doctors with real-time feedback and allowing for greater precision when differentiating normal from abnormal tissue.

Researchers at the National Robotarium, a partnership between Heriot-Watt University and the University of Edinburgh, industry partners and Edinburgh-based clinicians, are behind the innovation.

It is being funded by the Engineering and Physical Sciences Research Council, part of UK Research and Innovation.

The outer rim of tissue which the surgeon chooses to remove is known as the ‘surgical margin’. Currently, surgical margins are identified using the surgeon’s experience, preoperative imaging such as CT scans together with visual observations and, in open surgery, tactile ‘feel’.

Another method involves sending specimens during the operation to the pathology lab for ‘frozen section’ which takes 15-20 minutes.

Combining engineering, clinical, and industrial skillsets, the new collaboration will allow mechanical measurements to be taken inside and around the surgical target which will be interpreted using a set of ‘mechanical intelligence’ algorithms.

The data will provide clinicians with a clear indication of a tissue’s disease status and determine how much tissue to remove during the operation.

The research team will work alongside industry partners IntelliPalp Dx and CMR Surgical, as well as leading clinicians working in the Western General Hospital in Edinburgh.

Dr Yuhang Chen from the National Robotarium is leading the research. He said: “This new technique will offer surgeons a quantitative, real-time, reliable and evidence-based method for determining the optimal surgical margin to make when removing a tumour.

“Surgeons operating along a ‘keyhole’ or using techniques for minimally invasive surgery need to identify different structures or diseased areas, even when these look very similar. Our work is aimed at identifying the optimum margin in cancer surgery, to allow the removal of a tumour together with enough tissue to ensure the cancer is completely removed, but without excess being lost.

Mr Hugh Paterson, consultant colorectal surgeon from the Western General Hospital in Edinburgh, said: “Robot-assisted surgery is the next major development in minimally invasive surgery and has seen rapid development in its application for a wide variety of conditions. This project, however, will be one of its first applications to support and improve accuracy in cancer surgeries which is extremely exciting.

The project will use the manufacturing-related facilities at the National Robotarium, including laser precision manufacturing equipment and related instrumentation, coupled with expertise in miniature mechanical actuators.

The National Robotarium is supported by £21m from the UK Government and £1.4m from the Scottish Government through the £1.3 billion Edinburgh and South East Scotland City Region Deal – a 15 year investment programme jointly funded by both governments and regional partners.

Scottish Government finance secretary Kate Forbes said: “Technology has the potential to change lives for the better and a breakthrough of potentially huge benefit to surgery in Scotland will be welcomed by many cancer patients and their families.

“I’m pleased the Scottish Government is providing £1.4 million to support the Robotarium as we move towards a sustainable and innovative economic recovery.”

Iain Stewart, UK Government minister for Scotland, said: “This exciting research could significantly improve the quality of care and treatment for cancer patients worldwide. I’m proud we are supporting the development of world-leading surgical robots through our £21 million investment in the National Robotarium as part of the UK Government’s £1.7 billion programme of levelling up in Scotland.”

The project itself is funded through EPSRC’s Healthcare Partnership Scheme through which funds are used to support existing research and progress it towards real world application.