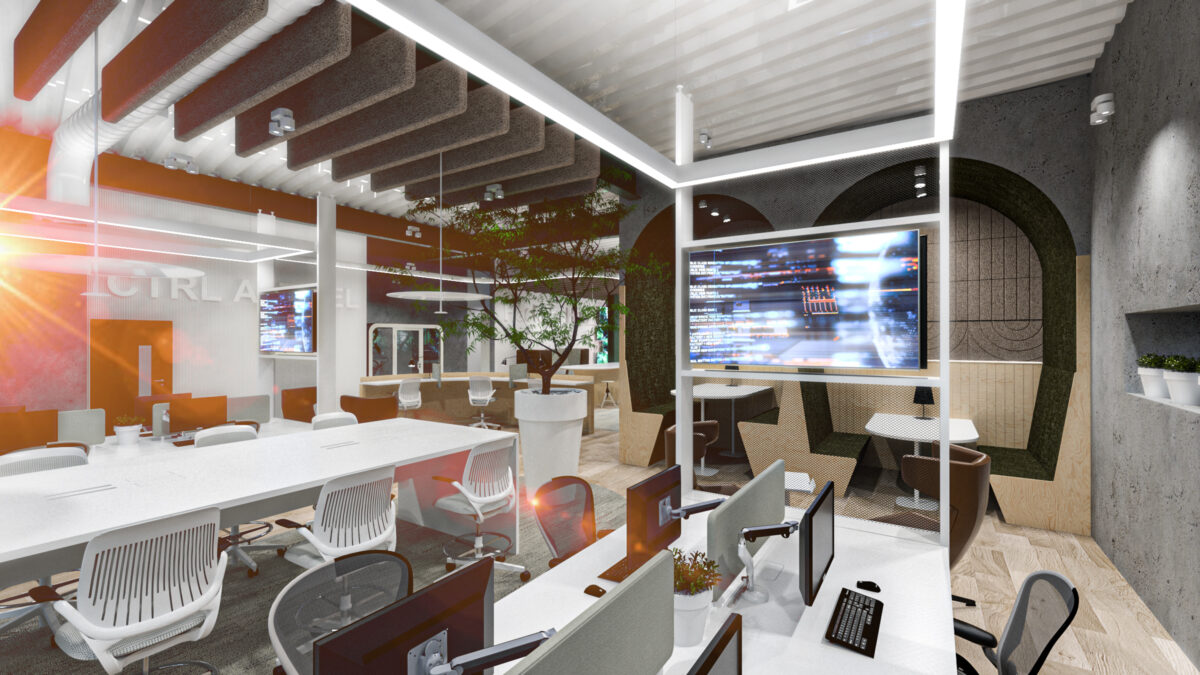 An Abertay University student team has turned some of Scotland’s most iconic designs into playable digital puzzles as part of an innovative collaboration with V&A Dundee.

The Falkirk Wheel, the Jaguar F-TYPE, and V&A Dundee itself have all been digitally mapped then broken into ‘slices’ for the game, which sees players challenged to reconstruct them in as few moves as possible.

Created by a group of six students under the banner BluePix Games, the unique title has been months in the making.

“Different slices can be rotated and moved, much like a Rubik’s Cube, and the game helps the player to think about the form and structure of each of these objects

“We have an animation where the capsule opens and all these slices come out before the player is asked to solve the puzzle – it’s a great educational tool.”

Other BluePix members include Stewart McCready, 26, from Gourock, Inka Nieminen, 21, from Helsinki, Kirsten Currie, 20, from Paisley, Lewis Cooper, 20, from Dalrymple, Nicole Sangster, 20 from Aberdeen and John Bruce, 23, from Aberdeen.

All students are studying a mix of Abertay’s Computer Arts, Computer Games Technology, and Games Design and Production Management courses.

Stewart has gone on to earn a one year internship with the software company Unity, whilst Inka has secured a graduate position at top mobile games company, King, in London.

At the start of the academic year the team came together and selected V&A Dundee as their client.

As part of the game development the students tested the prototype with audiences at the Wellgate Centre during V&A Dundee’s Family Time Capsule workshops in the October 2016 school holidays and then again at Douglas Community Centre in March 2017.

From the insight gained, the students gauged Spinnacle’s playability and set a difficulty level, introducing a star system with bonus points for completion in fewer moves.

“We didn’t know each other before this came about, but it’s a very talented team and it’s worked out really well,” Phil said.

“The game is good and plays so well – I’m very lucky to be leading this team.

“Abertay has great industry links within games and the wider world, and it was through these connections we were able to get into the project.”

V&A Dundee’s wider Time Capsule project, developed in collaboration with SQA and Jaguar, offered secondary students studying Higher Design and Manufacture in Scotland a chance to design a time capsule which will be a unique feature permanently on display in the grounds of the museum after it opens in 2018.

Jaguar will manufacture the winning capsule design created by Luisa Geddes from the Community School of Auchterarder, Perthshire.