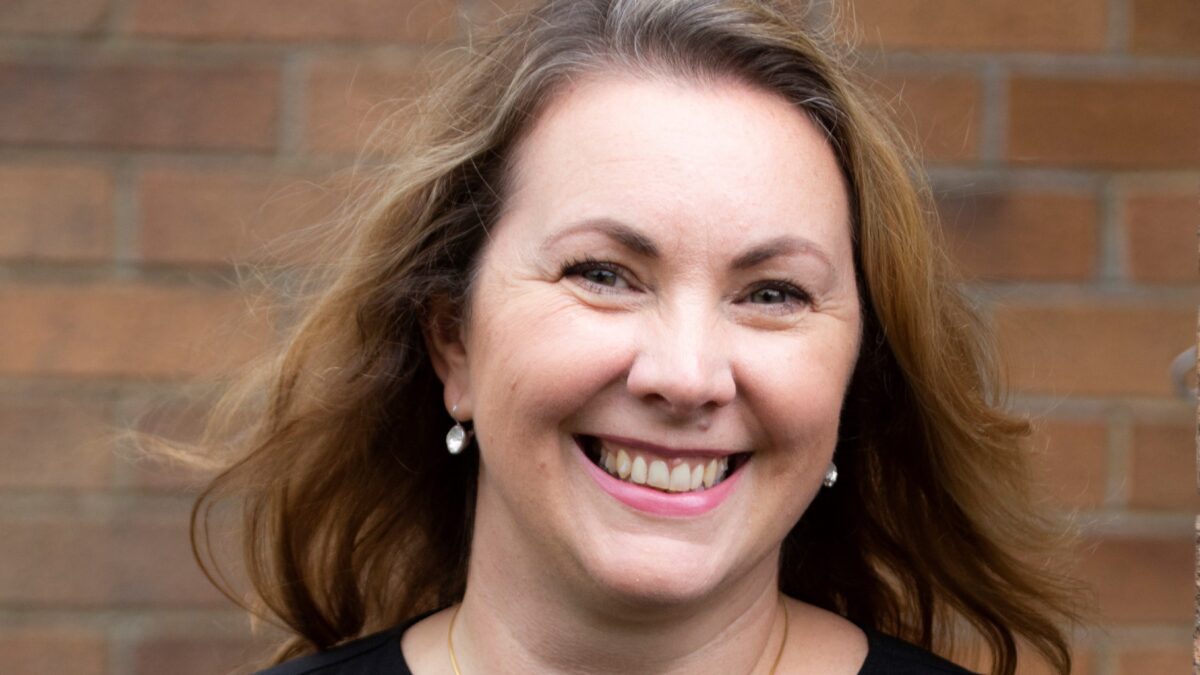 Sharon Sudding, programme director at Capita, has become an ambassador for mentoring with MCR Pathways/Supplied
Interviews

Mentoring is more than supporting young people as they approach the adult world. As Capita partners with MCR Pathways, we find out how employees – and the company – can benefit from taking part in a mentorship programme

On first meeting the young girl she was assigned to mentor, Sharon Sudding was understandably nervous. “What if she doesn’t like me?,” she recalls. “There were all kinds of things like that going around in my head, it was very nerve-wracking.”

Sudding is one of a growing number of mentors in the ranks of the Scottish arm of outsourcing firm Capita, which has partnered with Glasgow-headquartered MCR Pathways, a nationwide not-for-profit that specialises in pairing both care experienced and disadvantaged school-aged children with mentors, who take time out from their day jobs to spend time listening, supporting, encouraging.

It is these skills that are key. The mentorship programme operated by MCR is not careers-driven. It is purely relationship-building, providing the young people – many from backgrounds that are challenging and chaotic – with the kind of structure and stability that they may lack at home.

For Sudding, who insists anyone can be a mentor, the number one requirement is to be reliable, ensuring you stick to the commitment of showing up every week, no matter what else is going on in your own life. “You very quickly realise that all you have to do to make a difference is to turn up and be consistent,” she explains. “And what the young people need is to know that you’re dependable, that you’re not going to let them down, that you’re always going to be there when you say.”

Sudding, a programme director at Capita, has just met her second mentee, having joined the scheme independently of her organisation four-and-a-half years ago. Her first mentee – a girl – was around 14, and they would meet every week for 50 minutes, in a process that lasted for three years, even successfully navigating the enforced remoteness of the pandemic.

With no particular formula in mind, Sudding found her feet gradually. She started off by talking about the girl’s favourite pop bands, occasionally playing cards, or talking about what exams she had coming up. Chat didn’t always come freely, she admits, but she persevered and over time a meaningful relationship started to form.

It developed to the extent that Sudding was able to make a positive intervention by identifying some potential support to be in put in place to help with the girl’s dyslexia, owing to the fact she had experience of the learning and developmental disorder with one of her own children. Even though they have since parted company – the mentee has gone on to college, to do a bakery course – Sudding keeps in touch.

“We send text messages every now and again,” she says. “But it’s very much a decision of the mentor and the mentee, whether you want to exchange details. So, the last meeting we had, I was allowed to ask her if she wanted to swap phone numbers, which she did. I haven’t seen her since then. But you know, we’ve kept in touch. I know how she is, and I know what she’s doing, which is going off to learn how to be a baker. And I know she has gone back to college for the second year. It’s really nice to know that, as it would be hard to just cut it off and never know.”

MCR Pathways is the brainchild of Iain MacRitchie, a former trouble-shooter and “rescue CEO” from the business world, whose inspiration for the charity came from the experience of working with three care organisations, comprising 90 residential homes, five residential schools and a foster agency.

It was from observing some of the institutional failings at close hand that MacRitchie formed the kernel of the idea that eventually became MCR. “It’s a system that good people work in, but it was all too typically a system that failed the young people, who were either care experienced or living at the edges of care,” says MacRitchie.

The most important observation of all – and which would become a founding principle for MCR – was how education could enable a way out for those young people, especially when coupled with the positive intervention of a role model.

“I found that education was quite powerful, but had to be relationship based, because people were so far away from engaging, with sadly the amount of neglect and abuse that they had experienced, that it really had to be about simple human relationships of trust.”

MacRitchie approached Glasgow City Council with the idea in 2007 and initially did not get very far. But one encounter with a head teacher, who he describes as a bit of a “maverick”, opened some doors which led to the council eventually becoming a pioneer for the mentorship model he envisaged as being so important to unlocking the potential of so many young people.

The network now extends to more than 100 schools in 18 local authorities across the country, supporting about 4,500 young people. The ambition, MacRitchie says, is to reach them all, and the charity is also making its first forays into rolling out the scheme in England, working with 20 schools in the south east of England.

For anyone doubting the programme’s success, MacRitchie has some pretty compelling evidence. It comes from an independent evaluation of MCR Pathways’ work undertaken by ScotCen Social Research and commissioned by the Robertson Trust. It shows that the current rate of progression of young, care experienced person from school to employment, university or college is 56.3 per cent. For those completing the MCR programme, that level has been validated at 81.6 per cent.

The pastoral care is key to that. In each of the supported schools, MCR employs a pathways co-ordinator to identify young people potentially in need of support and who are then referred to the MCR mentor services team who recruit, train and support the mentors and their employers. MCR partners with many organisations – from across the private, public and third sectors – to join the scheme, including Capita.

For organisations like Capita, which tenders for government contracts, demonstrating “social value” is part of the procurement process. But the commitment to MCR feels more than just a tickbox exercise.

Melony Buchanan, managing director of Capita in Scotland, said the importance of the programme was immediately clear to her after hearing Sharon’s inspiring testimony of being a MCR Pathways mentor and ambassador, and saw the opportunity to work in partnership with the charity to help support young people across Scotland.

“What Sharon had to say really captured me and it was something I felt we had to be a part of,” says Buchanan. “It goes back to that notion of duty of care, which is really important to me, to my team and to Capita as a whole. By investing not just in infrastructure and technology, but our future generation, ensuring we leave no-one behind, is the ultimate objective, isn’t it?”

She adds: “Parterning with MCR Pathways represents a fantastic opportunity for Capita in Scotland to support our communities in a way that is meaningful and has the ability to make a real difference. I’m really proud to say that when I asked my management team to become mentors as part of their objectives, the response was overwhelmingly positive with everyone embracing the opportunity to give back.”

As a result, 10 Capita staff have recently embarked on the programme with their mentees in Scotland. Buchanan is keen not to prejudice the outcome – she has yet to meet her own mentee, for example – but you sense the excitement and enthusiasm in her voice as she talks about the potential for the scheme to have a demonstrably positive effect on not only the young people but her and her colleagues, personally.

From his perspective, MacRitchie, a seasoned entrepreneur, points to the benefits of mentorship for the organisations and staff concerned. “We can show all kinds of benefits in that regard,” he explains. “Not only to the wellbeing of the mentors but also to their skills – active listening, empathy, building relationships and effectively creating a mentoring culture. That’s such a profound thing. The single highest skill – according to the Harvard Business Review – is empathy. This is the perfect process for that.”

It’s clear that the intentions behind Capita’s involvement in the scheme are altruistic. In the long-term, the mentees may even have a pathway into Capita itself – through informal or even formal apprenticeship routes – adds Buchanan. But if the end result leads to positive outcomes on both sides of the coin, then the growth of schemes such as those offered by MCR Pathways is assured.