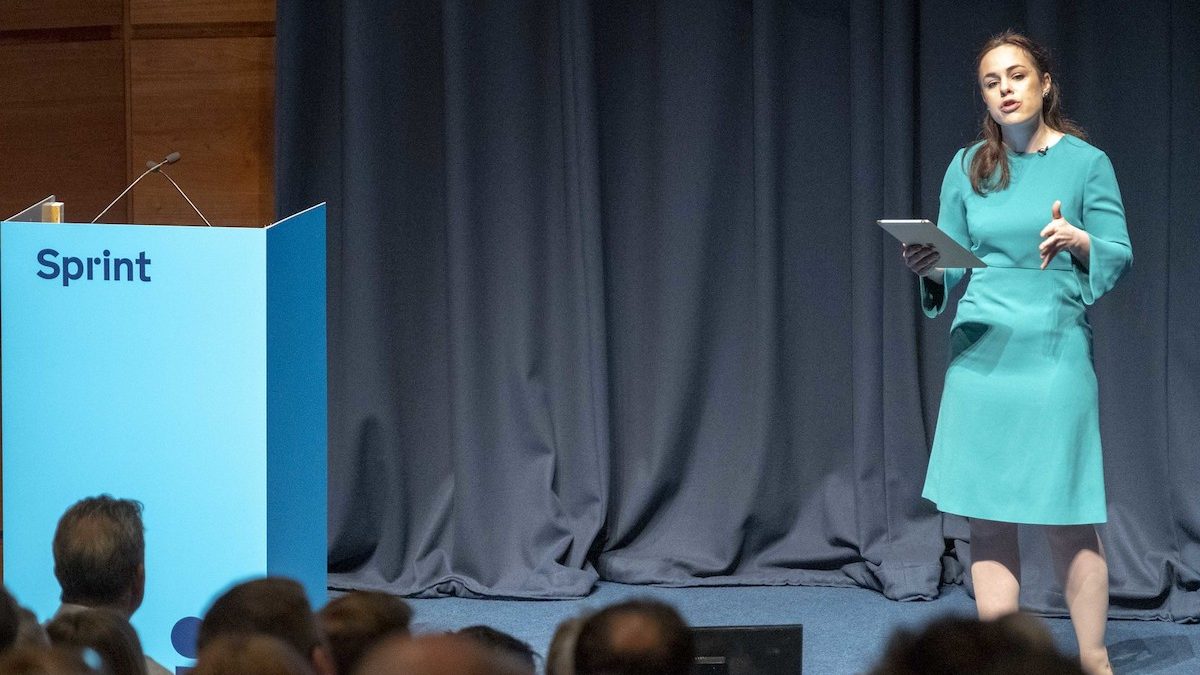 SwarmOnline, the Glasgow-based technology company, has been praised for training the next generation of software developers and helping to fill a skills gap in Scotland.

Kate Forbes, Minister for Public Finance and Digital Economy, visited SwarmOnline’s Edinburgh office as part of Scottish Apprenticeship Week and acknowledged the important role the company is playing in the Scottish digital economy.

The Minister met the company’s Graduate Apprentice, Iza Ledzka, who is studying a BSc in Software Development for Business at Heriot Watt, as well as representatives from SwarmOnline and the university to hear how apprenticeships can help both businesses and employees alike.

Forbes said: “It’s refreshing to meet a female Graduate Apprentice like Iza who is making her mark in a traditionally male dominated sector with the help of Swarm, Heriot Watt University and Skills Development Scotland.

“As there are nearly 13,000 digital and tech jobs that go unfilled every year in Scotland, a focus on diversity and inclusion is vital to plug that skills gap.  Scotland’s Apprenticeship family of offerings ensures we nurture the right talent, both in terms of professional skills and supporting our drive to promote equality in Scotland.”

Ms Ledzka is the first Graduate Apprentice taken on by SwarmOnline and she said: “This has been a terrific opportunity to gain valuable experience working with one of Scotland’s leading tech companies. Putting my studies into practice in the real world will be hugely beneficial when I graduate.”

Simon Mone, the company’s managing director, said: “We are delighted to support Skills Development Scotland who are leading the drive to deliver a meaningful apprenticeship programme across Scotland. Iza has worked on a number of projects for us and we have been hugely impressed with her knowledge and enthusiasm since coming here.

“I would actively encourage other businesses to provide training opportunities as part of this programme as both the company and the apprentice benefit from it. We are also especially keen to encourage more girls into STEM subjects at school, which could have a long-term, positive impact on our sector.”

SwarmOnline is part of the November 21 Group of tech companies, which employs 25 staff across Glasgow and Edinburgh.

UK Government to set up technology hubs in Edinburgh and Glasgow

Unlocking ambition: £4m fund to support entrepreneurs of the future

What makes the perfect pitch?